Melissa Gorga Reveals Why Husband Joe Gorga Regrets Doing the RHONJ, Plus Where She Stands With Teresa Giudice Today 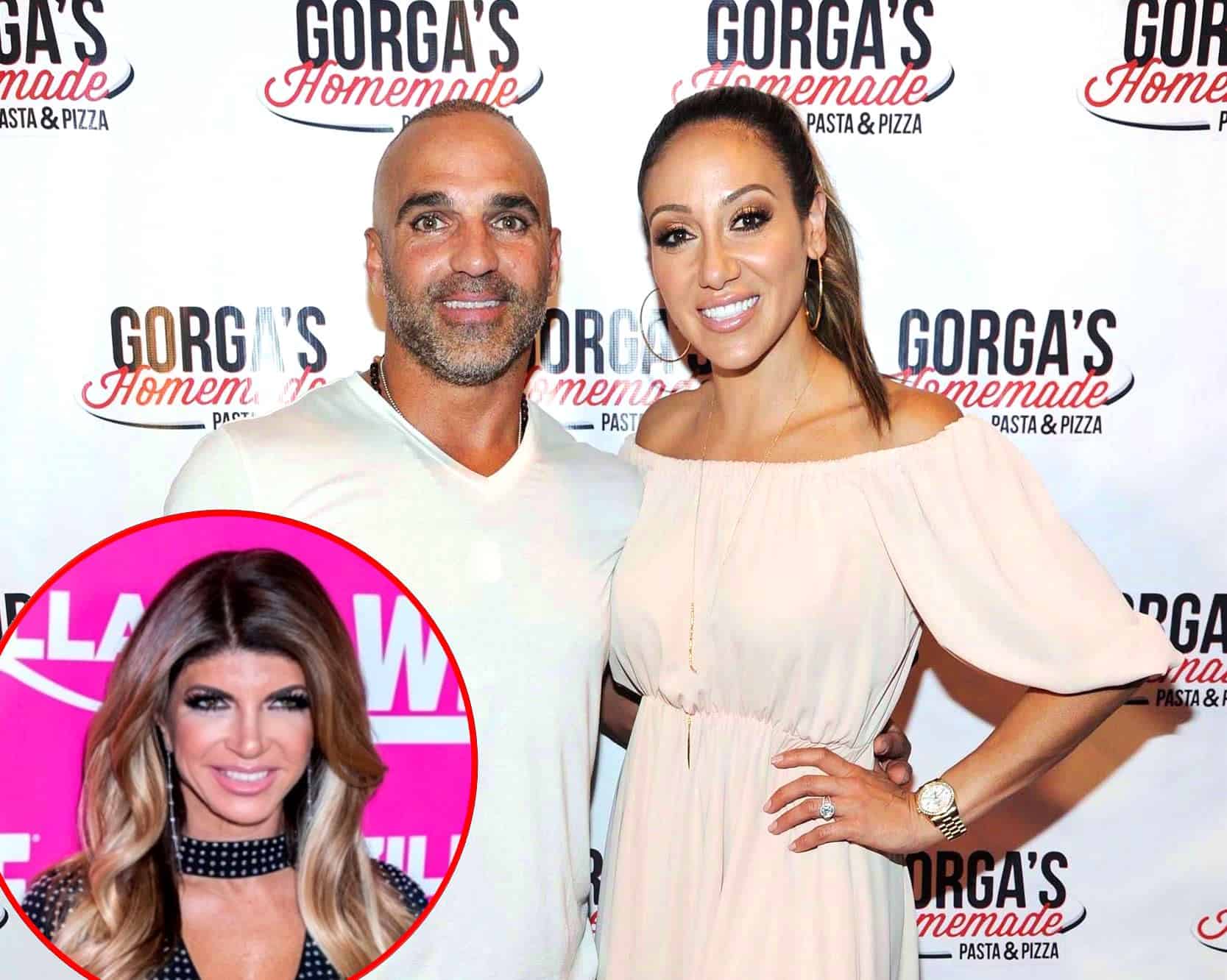 The Real Housewives of New Jersey star Melissa Gorga is opening up about why her husband, Joe Gorga, regrets ever signing up to do reality television, as she also gives an update on where she stands with her sister-in-law and castmate Teresa Giudice today amid some recent drama.

In a new interview, Melissa, 39, reveals she is a lot busier these days as she runs her own businesses, which includes her Envy Boutique, while also keeping her hands full with the RHONJ and her three children. She admits her busy schedule, in addition to her own personal growth, has taken a toll on her marriage of 14 years.

“I just believe that it’s OK to be independent more now than I did before,” Melissa tells Cosmopolitan magazine. “I used to say ‘No, it’s all about making your husband happy.’ And I do believe that you need to make your husband happy, but I just think Joe is a little more old-school. I’m becoming a little bit more modern than him.”

Modern indeed as just in 2013, Melissa received a ton of backlash due to some advice she dished out to women in her advice book titled, Love Italian Style: The Secrets of My Hot and Happy Marriage.

Below is one excerpt from the book as written by Melissa:

“When gender roles are confused, sexual roles are, too. If he’s at the sink and then changing diapers, then who throws down in the bed? In our marriage, Joe is always the man, doing masculine things. I’m the woman, and I do the female things, including housework.”

These days however, Melissa insists she is not the same person that she was back then.

“Since I wrote that book, I am a completely different person, and I don’t know if it’s just age—I grew up,” explains Melissa. “I’m not saying I don’t believe in it any longer, because there were a lot of things in there that I do believe in, but we’ve been struggling a little bit just because I have different views. I’ve just become a lot busier and become a businesswoman, so it was really hard for him. It’s a woman’s world right now. It’s a movement and I’m with it.”

In fact, Melissa states that due to her busier schedule, which takes her away from home quite often (she recently had to spend a week in NYC doing press for Bravo), Joe now regrets ever doing reality tv and wishes they could go back to the way things used to be.

“Sometimes I think he sits back, and he’s like, ‘If we could take it all back and just make you come back home and sit on the couch and play with the kids….’ And I’m, like, ‘The kids got older.’ I’m able to go to work. They’re at school,” Melissa shares. “I think it just bothers Joe, because he just wants sit to go back to when everyone was a baby and mommy was home all the time.”

She adds, “I think if he could trade it all in, he would go back. I wouldn’t, but he would.”

Melissa also discussed her surprising feud with Teresa, which will air on this season of the RHONJ. As for where they stand today, Melissa insists they are “good” while also acknowledging they will never have a perfect relationship.

“We’re good,” she states. “Teresa and I, we are family, but we have different ways of approaching things, so we do butt heads…as I think a lot of sister-in-laws do. But we’re at that point where we are a family, and we’re not going to break the way we did before.”

She also revealed what she told Teresa after a judge ruled, on October 10, that Joe Giudice must be deported back to Italy once he finishes serving his 41-month prison sentence.

“I told her, ‘I know you don’t like to talk about these things, but you know I’m here’,” Melissa states. “It’s a very personal thing. It’s very hard when it involves kids. It’s hard to even talk about, so we’re all praying and hope that it turns around. We’re all just here trying to help and figure out what’s next.”

The RHONJ airs Wednesdays at 9/8c.