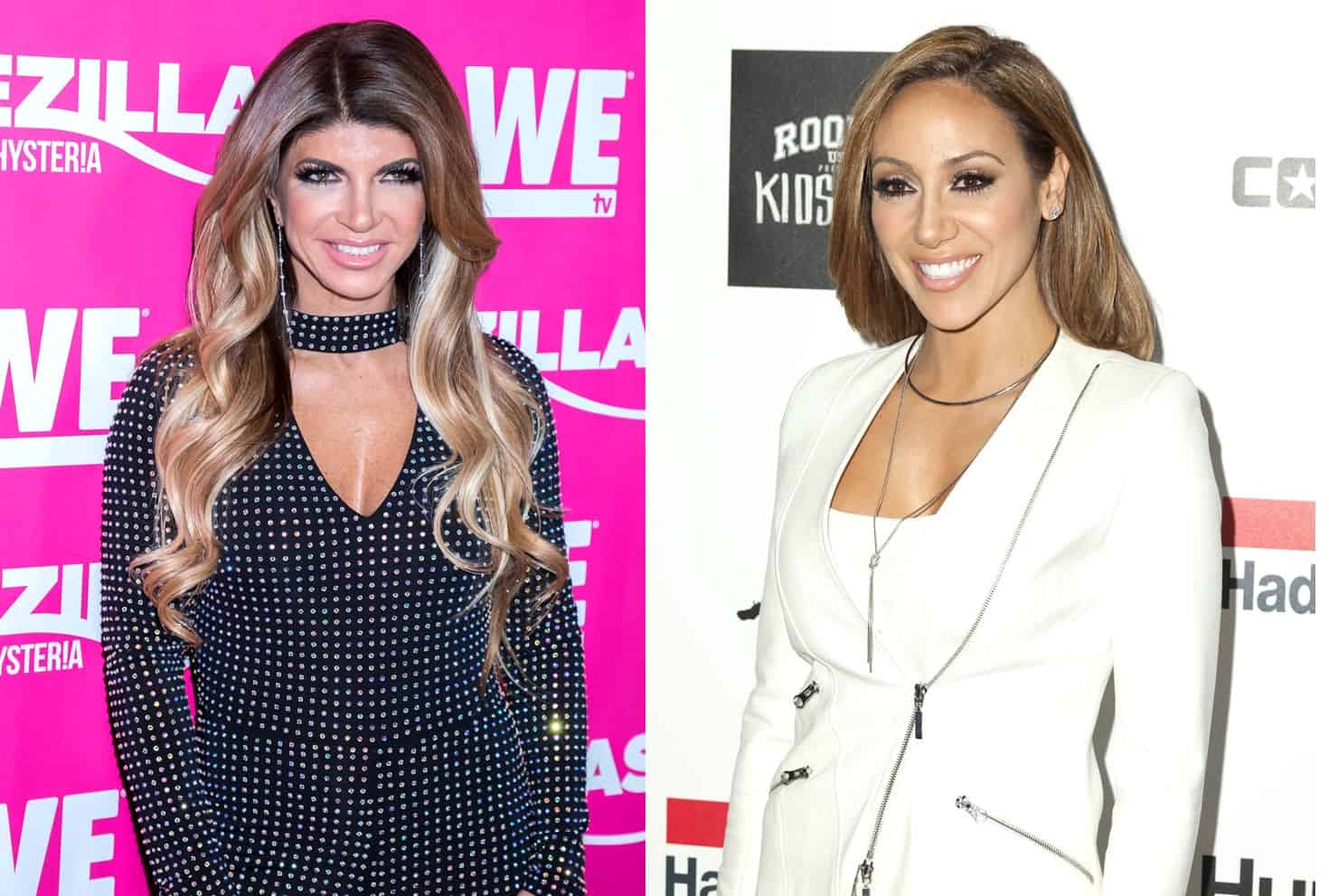 Teresa Giudice and Melissa Gorga have had an up and down relationship since fans first met Melissa on The Real Housewives of New Jersey season three.

Six seasons later, the sisters-in-law are still hitting road bumps as they could be seen getting into an ugly fight on the RHONJ season 9 trailer. In a new interview, Melissa discusses her feud with Teresa this season as she insists things between them aren’t nearly as contentious as they were years ago.

“We’re not going to have knock-down, drag-out fights, but Teresa and I do fight this season. We do get into a couple arguments,” Melissa revealed during an interview with E! News on November 6.

According to Melissa, she’s changed a lot as a person since she first joined the show years ago.

“I’m just coming into my own, and I feel like just the way that [Joe Gorga] and I run our household as changed a lot over the past couple of years. It’s not easy, it’s really not easy…I feel like I’m just growing as a person and I think you’re going to see that on the show because I can’t even hide it,” Melissa explained.

As for the upcoming episodes, Melissa proposed the new season would be a “really, really good one.”

“I am super excited about this season,” she proclaimed. “There are two new girls who are, like, amazing. It’s so hard to cast new people on Jersey. We are family, it’s very hard to fit in with us…to bring other people in has always been difficult and I think we found it…These two girls are so polar opposite, it’s insane. One is a little bit like Teresa and I feel like one’s a little bit like me, so it’s just funny and it works.”

In a sneak peek at the first couple of minutes of tonight’s Real Housewives of New Jersey season premiere, Melissa is seen sitting down with new cast member Jacqueline Goldschneider to discuss the state of her relationship with Teresa.

“Teresa and I used to struggle. It was hard for us, we used to butt heads. It was a horrible, horrible time in all of our lives. It was scary. I mean, we were in a really bad place,” Melissa admitted.

During Melissa’s chat with her new co-star, scenes from a fight between the ladies and their husbands, Joe Giudice and Joe Gorga, were seen.

“Once you go through that, you never want to feel that way again. So it was like a crazy time, but we worked through it and put it behind us, and Teresa and I have come such a long way,” Melissa reflected.

Although Teresa and Melissa were glad to put their hard times behind them, they aren’t exactly in the clear when it comes to being issue-free.

“Recently, she’s coming at Joe,” Melissa revealed, claiming Teresa was accusing her husband of not spending time with their ailing father, Giacinto Gorga.

Teresa also suggested it was Melissa who was standing in the way of Joe’s relationship with their father.

“You told me eight times, ‘You’re the wife, fix it,'” Melissa told Teresa.