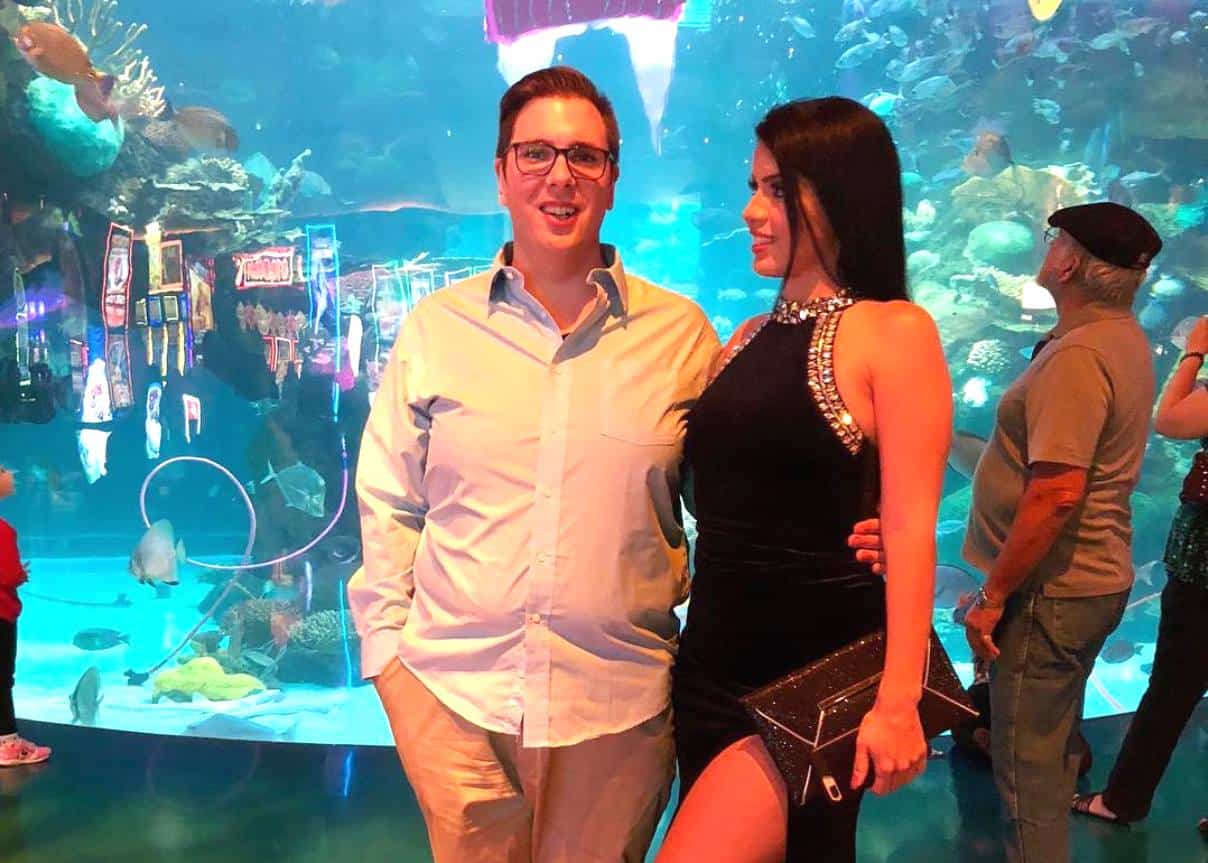 We bring you the latest update when it comes to this 90 Day Fiance domestic dispute saga involving TLC couple Larissa Christina and Colt Johnson.

Hours after we reported Larissa, 32, had been arrested for domestic violence, her husband Colt is now telling his side of the story and explaining what actually happened.

Following a major fight between the couple on Saturday, which led to Larissa pleading for her followers to call the police on social media, she was booked and charged for domestic battery in the 1st degree. According to jail records, she remains in jail as she awaits a court appearance today (November 11) at 9:00am.

Colt took to his Instagram page late last night and explained what led to his wife being taken away in handcuffs. In the now deleted post, Colt, 33, apologized for what took place while also admitting he took away Larissa’s phone which contributed to her anxiety.

“Larissa was arrested this afternoon. She suffers from high anxiety and several [sic] depression. She over reacted to problems that do not exist,” wrote Colt. “I proceeded to deactivate her phone to try to defuse the situation. This escalated issues and matters became worse. She felt this action was a threat towards her and tried to reach out for help. Not long after her cry was posted, the police came and knocked down the front door. They drew their guns at me and handcuffed me.”

Colt however adds that despite the cops putting handcuffs on him, they ultimately decided to arrest Larissa after interviewing the both of them. Nevada is a state where one person has to be arrested whenever cops get called for a domestic dispute.

“The police interviewed us but not long after they decided to arrest Larissa. No one was hurt and I did not press charges against my wife. However it is policy in the state of Nevada that since we are in a domestic partnership, someone had to be arrested,” he added. 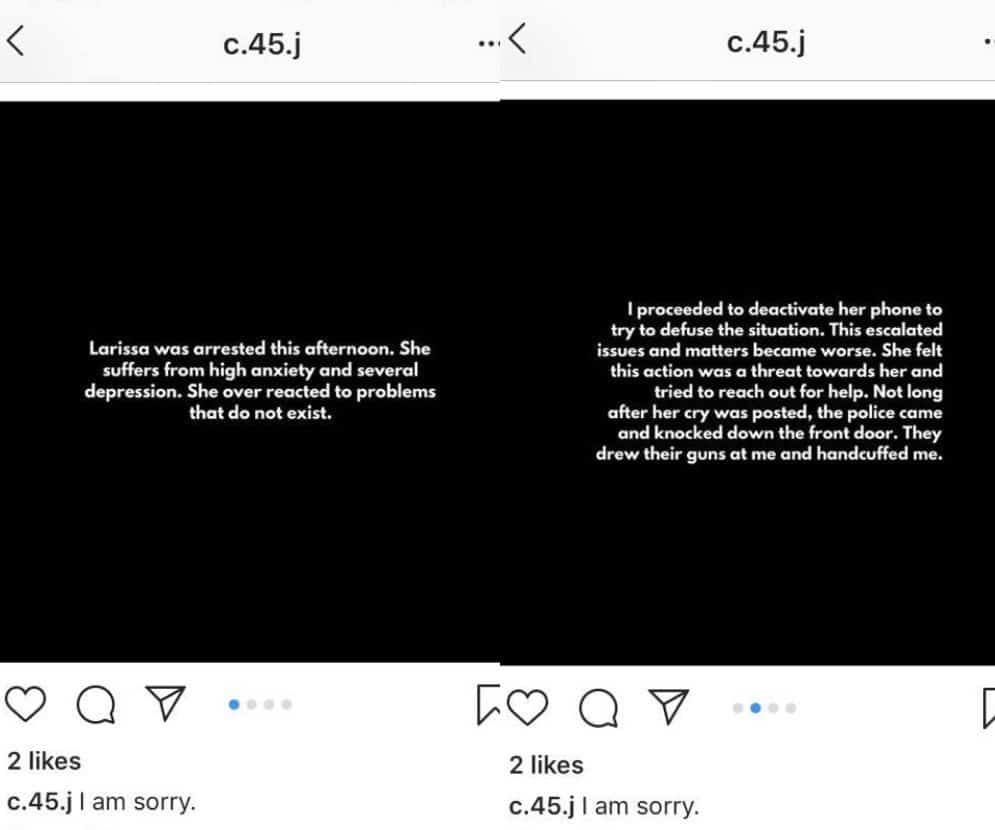 Colt tells his side of the story (You can click on the image to make it bigger). 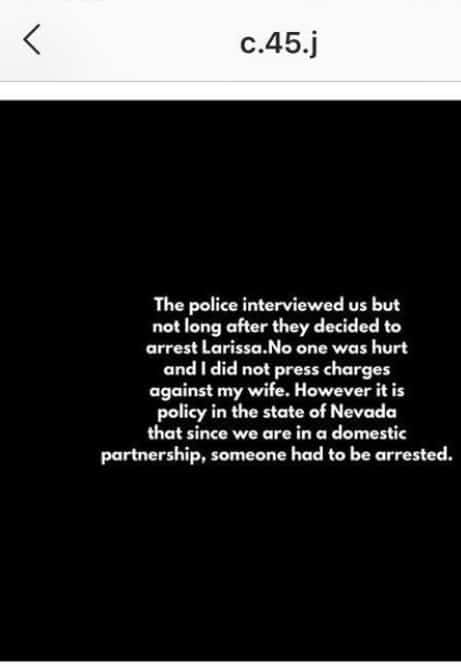 Colt also shared a photo of the flowers he had bought for Larissa before their ugly fight. 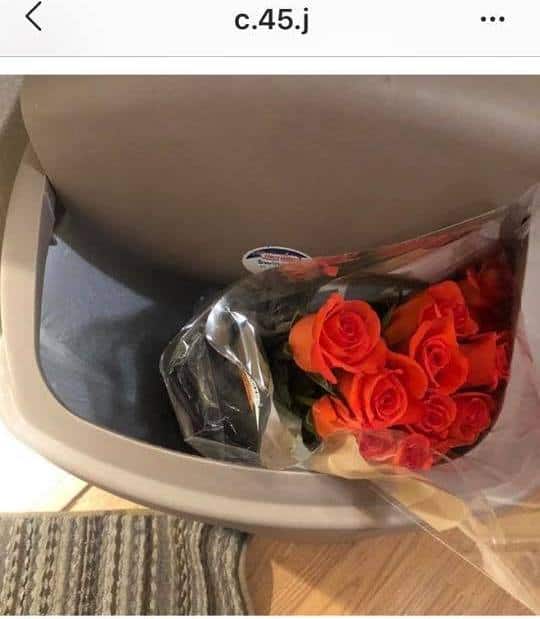 Colt’s mom Debbie Johnson also addressed the domestic dispute between her son and daughter-in-law on her Instagram page. First Debbie, who lives with Colt and Larissa, told fans she was on a flight to New York, and wasn’t around when the drama went down. She then seemingly blamed Larissa’s arrest on fans who called the police.

“Thank you we’re okay. Larissa suffers from depression and very bad anxiety. She works herself up to an emotional breakdown. My son usually takes care of it but a few of you decided to get the police involved and they took her to jail. What wonder fans she has,” Debbie wrote on November 10. 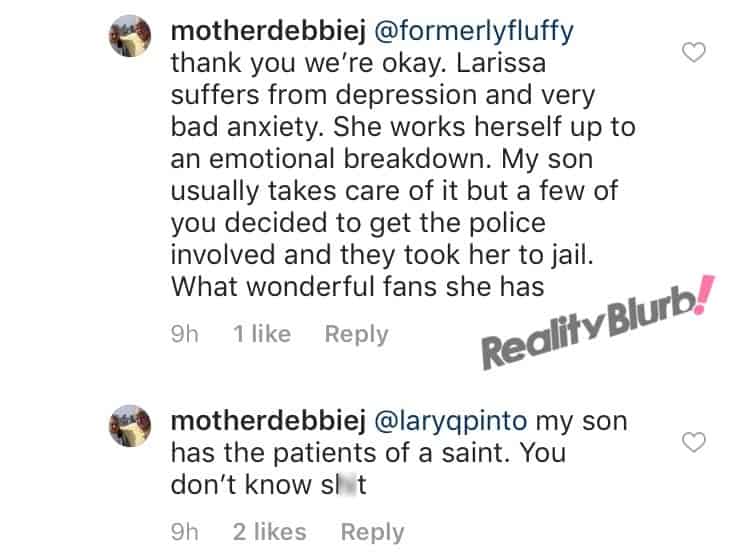 In another post, Debbie insisted Colt was simply trying to help Larissa with her anxiety. However, it’s safe to say Colt’s decision to take away her phone might have had the opposite effect. 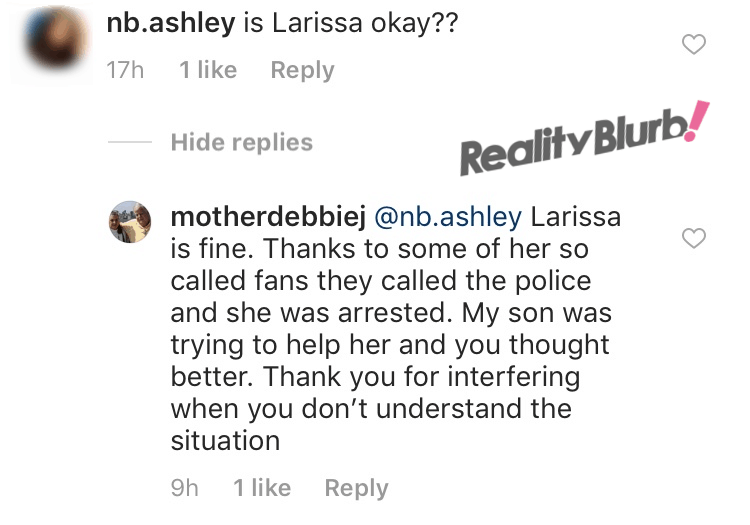 It’s being rumored that Debbie was actually on her way to NYC to appear on tonight’s 90 Day Fiance live after-show. It is currently unknown if her appearance has been cancelled.

The drama started on November 10 after Larissa decided to take to social media to complain about Colt telling her not to post anything about him or them on her social media. She felt he was trying to hide their relationship.

It appears Colt came home with flowers for Melissa, saw her social media posts, which then led to their fight. Larissa accused Colt of taking away her phone (which he now admits), turning off her wifi, and also tearing up their house in a series of short clips posted to her Instagram Stories. 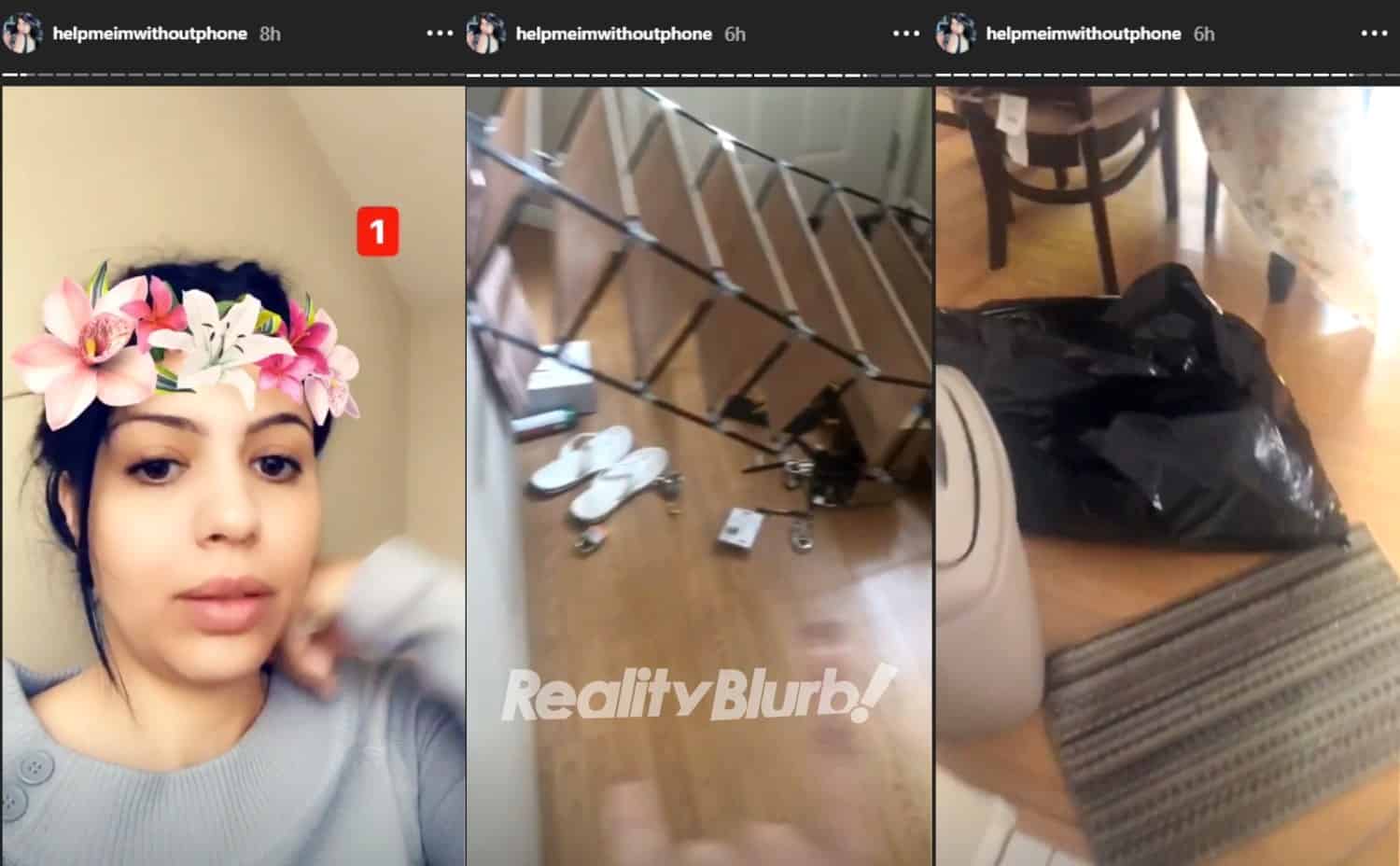 Larissa (full name – Larissa Dos Santos Lima) remains in jail for the time being. Her bail has been set at $3000.