Home Real Housewives of Orange County News RHOC’s Tamra Judge Lashes Out at Emily Simpson! Accuses Her of ‘Faking’ a Storyline and Being Jealous of Her Marriage, See Emily’s Epic Response

RHOC’s Tamra Judge Lashes Out at Emily Simpson! Accuses Her of ‘Faking’ a Storyline and Being Jealous of Her Marriage, See Emily’s Epic Response 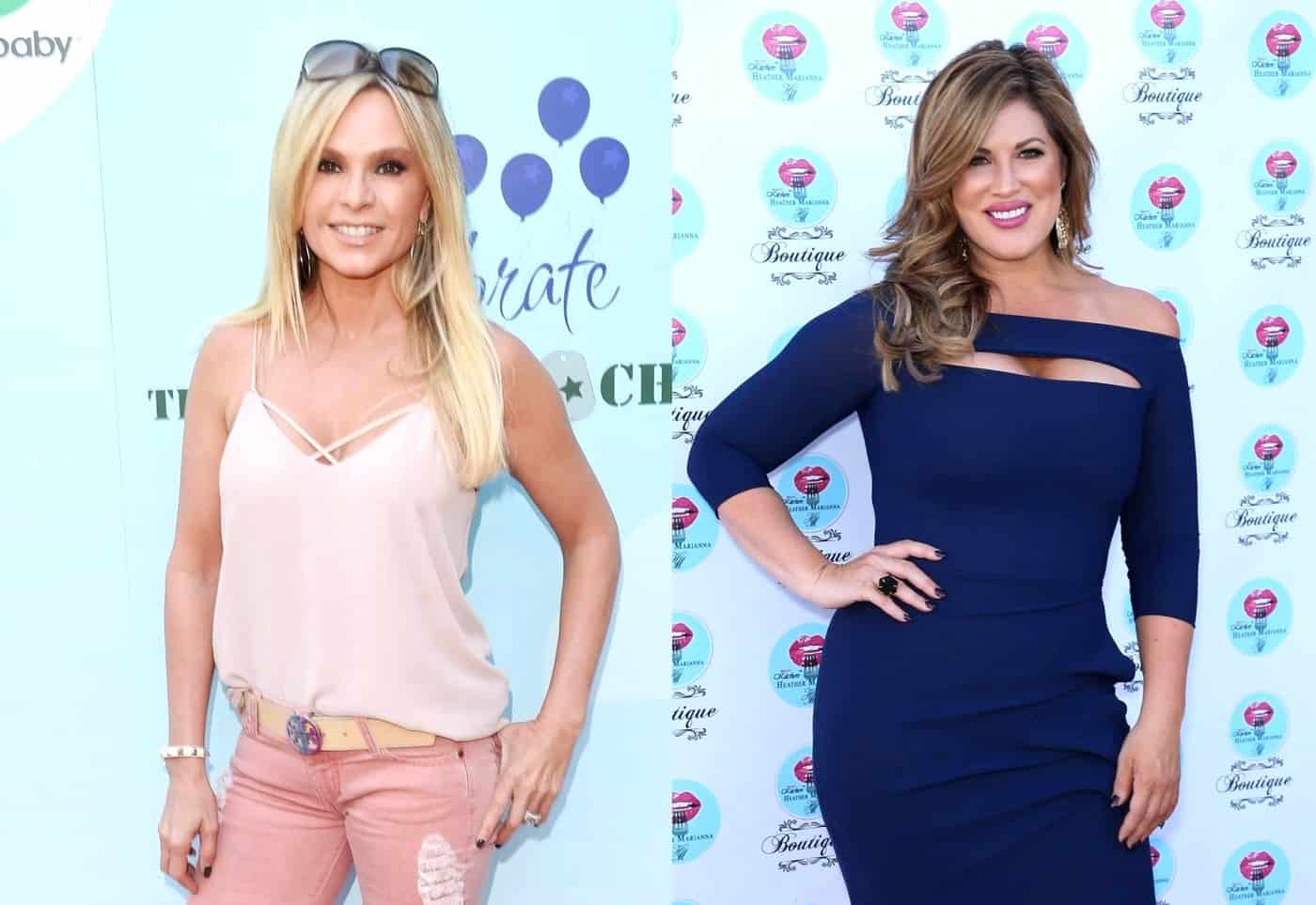 Following Monday night’s episode of The Real Housewives of Orange County, which featured a cast “cup party,” Tamra took to her Instagram page, where she slammed Emily for hiring a fake cup reader in an effort to remain relevant.

“SOOOO. FAKE! just like the fake cup reader that knew my name when I walked into the door and told me she’s a huge fan and that’s she’s actually a hairdresser (that’s why I had the b***h face the whole party). I absolutely hate when cast members make sh*t up to be relevant,” Tamra wrote.

“Eddie has met Perry twice. A couple months prior to this party. Where he sat at her house (while I filmed Emily’s kids birthday party) and talked for hours about working out and she’s been to our studio,” she explained.

According to Tamra, Perry was likely instructed to say she didn’t know him.

“Clearly Emily is jealous of my marriage,” Tamra added. “As she should be! having other people do her dirty work. #messy #playsvictim #fake.” 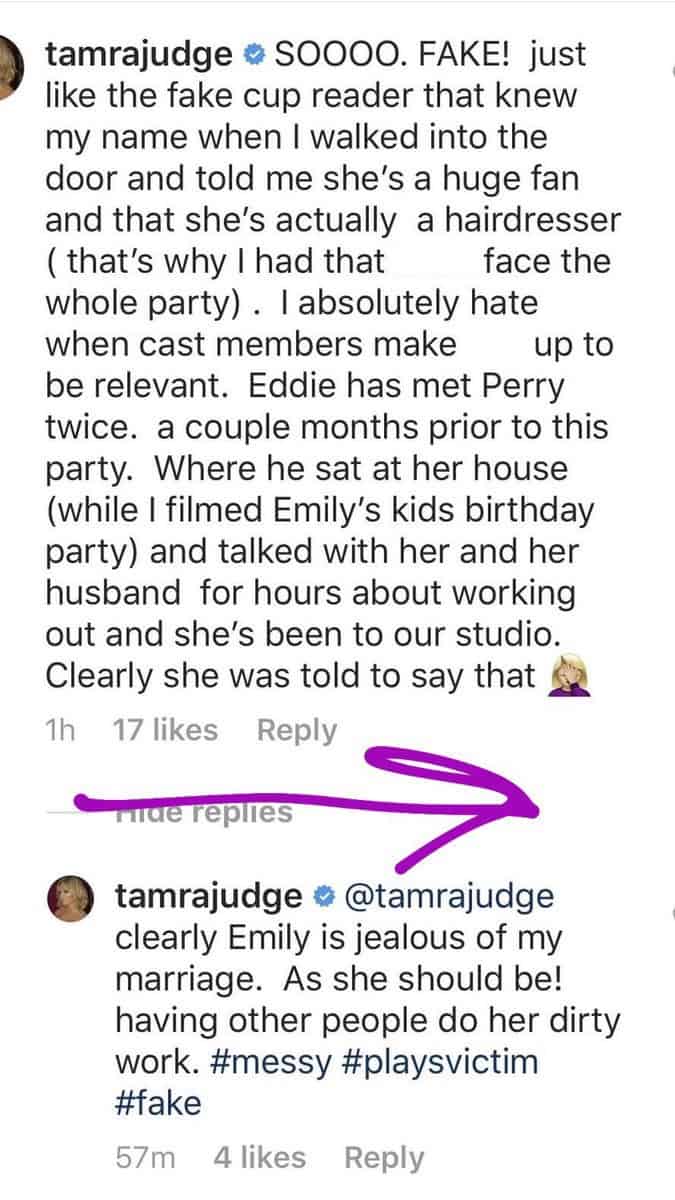 After seeing what Tamra said, Emily shared a screenshot of her post and told fans, “I’m an attorney so I like to respond in FACTS.” 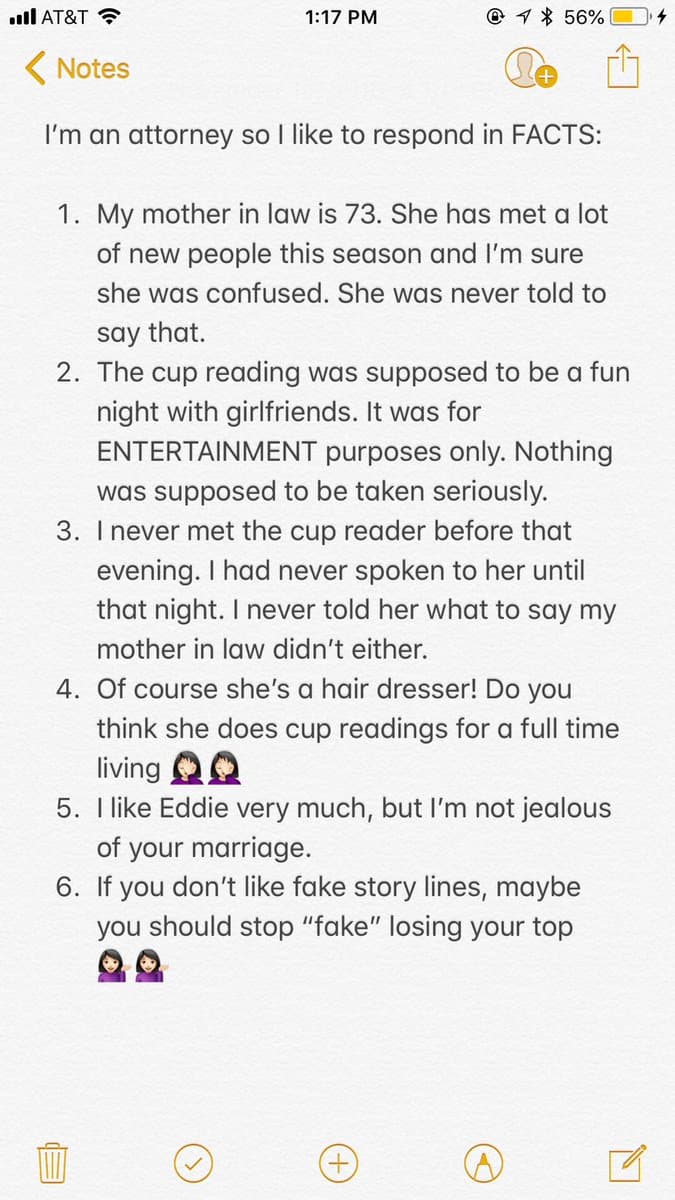 A short time after Emily’s tweet was shared, Tamra posted yet another statement about her “fake” party and “fake” statements about the series.

“You might be an attorney but I’m a Judge! You should know better to leave such a messy paper trail … never know when it will bite you in the butt,” Tamra replied.

“FAKE….[Perry] met Eddie [four] years ago at CUT Fitness and again at your kids birthday party where they talked for hours,” she continued. “#lies ohhh, suddenly she’s 73 and forgetful. The cup reader was 100% fake! Had a full convo with her where she told me she didn’t ‘read cups’ she was a hairdresser and a BIG fan of the show. Then suddenly didn’t know my name when the cameras turned on.”

“You got me on the last one. Yep my boobs are fake… fake as your story line!” she added. 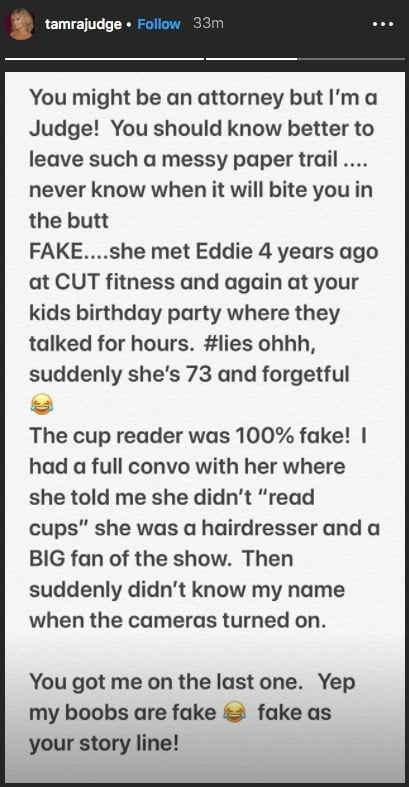