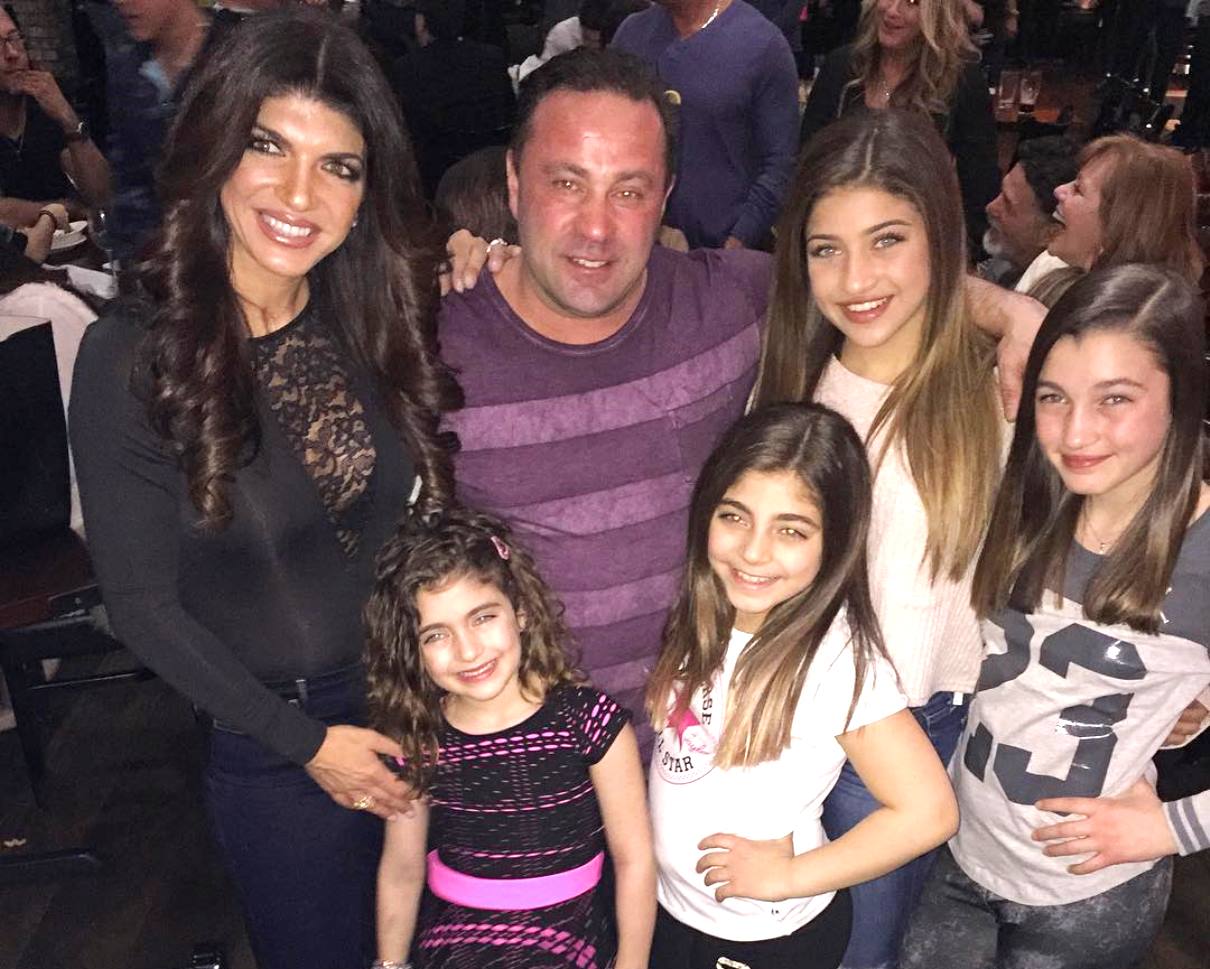 After an immigration judge ruled in favor of deportation for Joe Giudice, Real Housewives of New Jersey star Teresa Giudice’s husband, Teresa has reportedly opted to live in denial.

Last month, a New Jersey judge ordered Joe’s deportation once he finishes his 41-month federal prison sentence for bank and wire fraud in March, and sources say Teresa’s trying not to think about the heartbreaking situation.

However, the couple’s four daughters – Gia, 17, Gabriella, 14, Milania, 13, and Audriana, 9 – are very much aware of their father’s pending deportation, and they are facing the reality of the ruling.

“Teresa’s daughters are suffering so much over the news their dad Joe could be deported. The one taking it the hardest is Milania, as she and Joe have a really special bond. Gia, the eldest is being really realistic and mature about the entire thing and is really comforting her younger sisters,” reveals an insider to the Hollywood Life.

Milania is struggling over the news that her father could be an ocean away once he is released from prison, and Teresa is trying to shield 9-year-old Audriana from all of this because she is so young.

But, it is Gia, the oldest at 17, who is the realist in the family and reminding her mom that this deportation could become their reality. According to sources, Teresa she appears to be coping with this legal drama by being in denial about it.

“Teresa remains in denial still, and Gia actually is the one reminding her that this really could become their reality,” shared the insider. “She’s under so much stress with four daughters and their schedules and it’s very important for Teresa to have her own life and time, too. She was terrified. She’s telling her girls that their father won’t be deported and not to worry, so they want to believe her, but deep down, Teresa has to know that just may not be the case.”

Teresa admitted on Watch What Happens Live with Andy Cohen earlier this month that the judge’s ruling “stunned” and “shocked” her. And, she added that the news upset her daughters. But, as for the reality that Joe could be in Italy next spring, Teresa said that they hadn’t discussed it, and she didn’t want to think about it.

No matter what happens, Teresa has made it clear that she will not divorce Joe.

Joe began serving his prison sentence back in 2016 at the FCI in Fort Dix, New Jersey.  However, he was eventually transferred to the Federal Correctional Institution Allenwood in Pennsylvania, where he is currently serving the remainder of his sentence. He appealed the judge’s ruling and is currently waiting for a ruling.