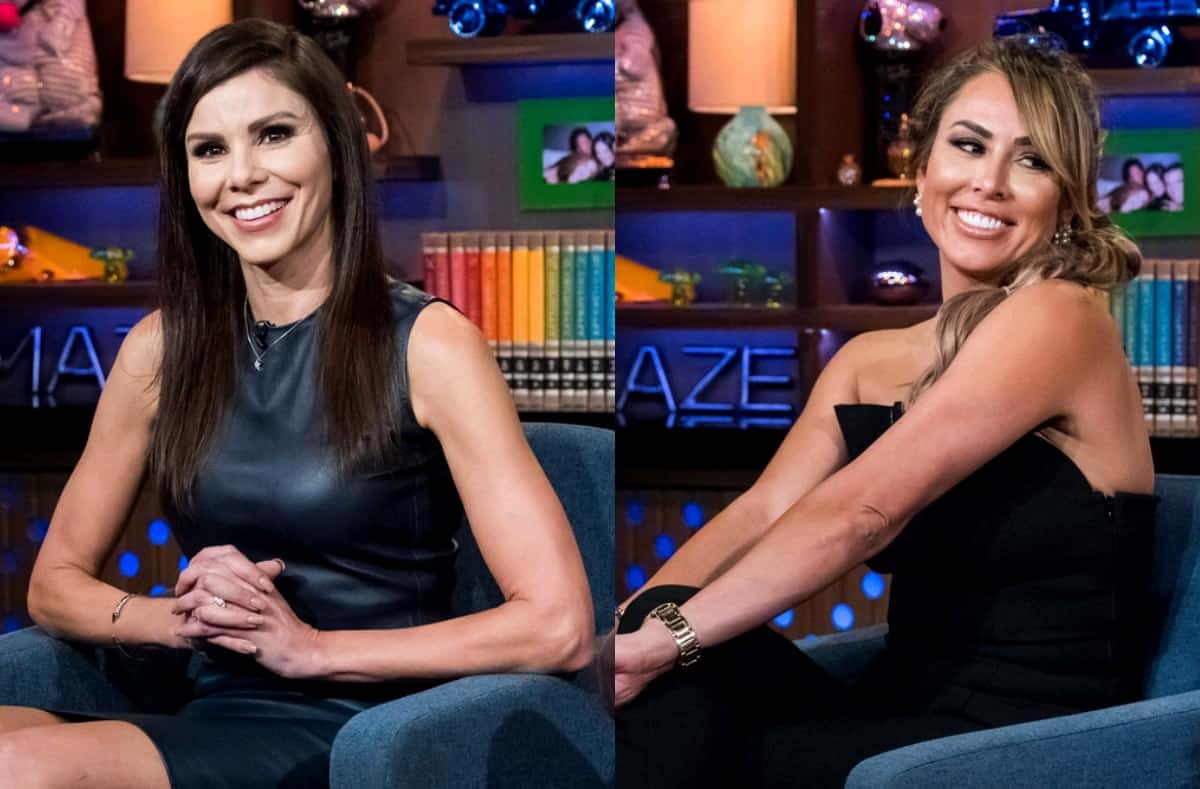 Heather Dubrow is speaking out after catching her former Real Housewives of Orange County co-star Kelly Dodd secretly filming her at their Southern California gym.

The drama began this week after Kelly took to her Instagram Stories to share videos of Heather that she secretly taped from her car while complaining that Heather was making it impossible for her to avoid a run-in.

“Heather Dubrow is just sitting there. I’m trying to avoid her at all costs, trying to get in my work out. And ugh, she won’t leave the area,” Kelly said.

“Stop talking! I need to get my workout done. I don’t want to run into you,” Kelly continued, just a short distance away from where Heather was chatting with her friend Sarah. “Come on, Heather Dubrow, leave. That b***h won’t leave. I’m going to have to face the music and run into her. There she is… won’t leave.”

While Kelly’s video has since been removed from her IG Stories, Reality Blurb was able to record the footage. The video is below.

During the latest episode of Heather’s podcast, Heather Dubrow World, the former reality star revealed her thoughts after learning Kelly had shared the video on Instagram.

While Kelly was quite upset about the possibility of an encounter with Heather, Heather was unaware that there was tension between them.

“I’ve been off the show two years and it’s not like I’m vying to come back. It’s not like there’s imminent conversations,” Heather explained.

According to Heather, she and Kelly have absolutely no ties to one another and after they last spoke, she believed things were totally fine between them.

“It was copacetic. She apologized for the Terry thing, I said, ‘Fine,’ she tweeted, ‘They were so nice.’ That was kind of the end of that,” Heather recalled.

As fans of the RHOC may recall, Kelly sparked a feud with Heather after suggesting Vicki Gunvalson had told her Dr. Terry Dubrow had supposedly killed one of his patients during an appearance on Watch What Happens Live.

A short time later, Kelly retracted her comments and claimed she “misspoke,” but not before Heather lashed out against her, labeling her a “stupid woman” on her podcast.

As Heather pointed out, Kelly could have easily slipped by her and into the gym, rather than making such a spectacle of the situation.

“In the light of day, in the parking lot of Orange Theory, this grown woman, this mother is sitting in the car filming me and my friend Sarah because we’re standing outside Orange Theory talking,” Heather shared. “I’m not blocking the door. I haven’t barricaded it. She didn’t want to run into me because she didn’t want to say, ‘Hi’?”

“Maybe I should be flattered that she is obsessed with me or wants to make a thing because clearly, you’re not going to make a video and post it and say my name seven times. You want me to see it, right? Okay, Kelly I saw it! Thanks for the laughs,” she said. “It’s so weird.”

Despite her hard times on the show, Heather chooses to look back on the series and remember the good memories, rather than the bad.

“When people ask me about the show, I don’t think back and go back to what so-and-so said to me or what I said to so-and-so. There’s so many fun, hysterical moments that you have with these women and you bond so much. Even Kelly and I, we had some really great moments together in our couple of years there together,” she pointed out.

As for the video, Heather added, “I’m a little flattered because I feel like she might be mildly obsessed with me. I got the good laugh and I don’t know, I feel like I had to discuss it. It’s hilarious. It’s so funny.”

“Listen, Kelly is basically a nice person. She’s a good mom and I think her daughter is sweet. I don’t know why she wants to feud with me but I would just say after two years of being off the show, in the words of Frozen, let it go!” Heather encouraged.

“Or don’t. Hold on to it and be obsessed. What can I tell you?” she added.