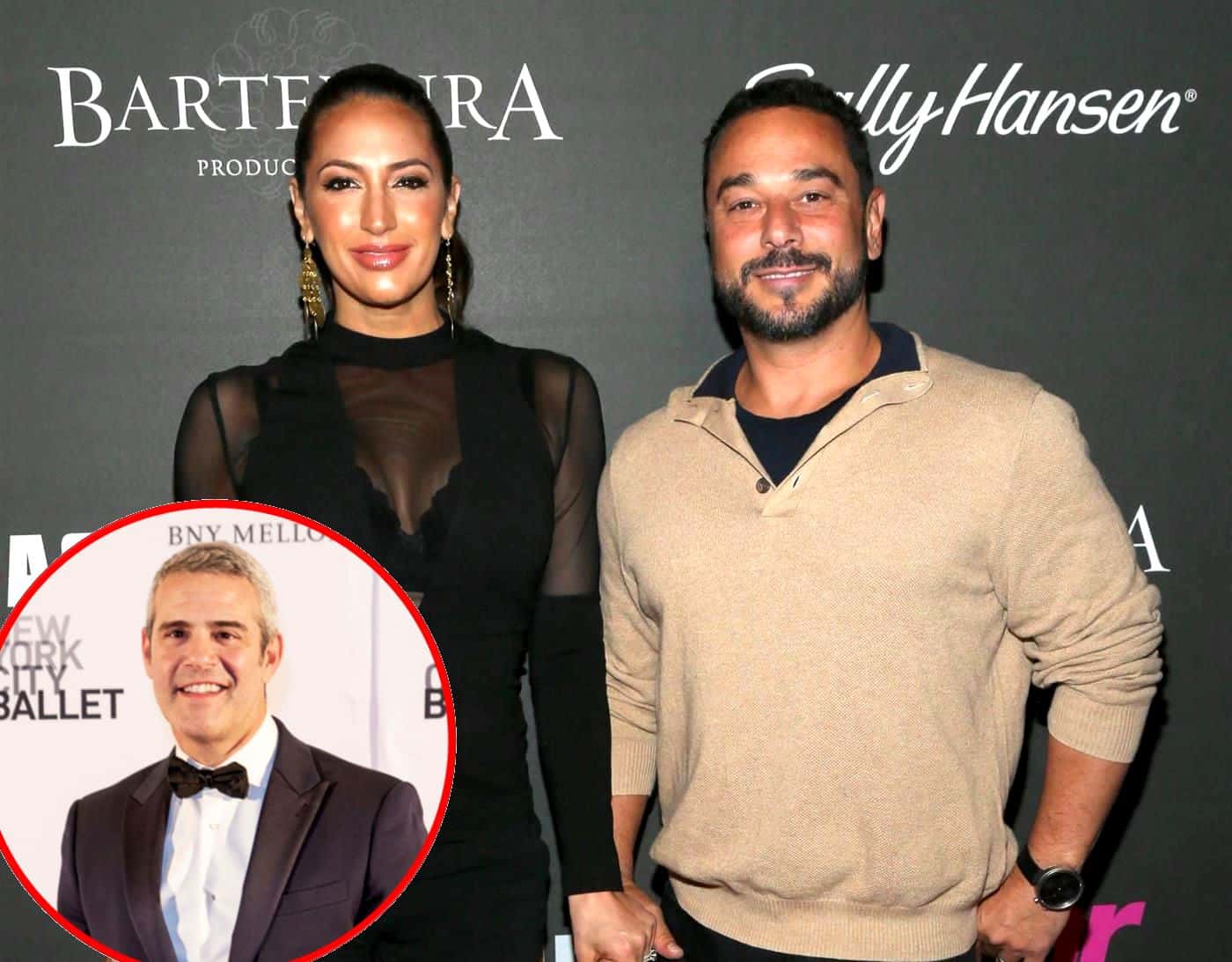 Jim Marchese has responded to the ongoing scandal surrounding Kevin Hart‘s Oscars scandal in a way that has offended many.

After the comedian stepped down as the host of the Oscars due to a series of tweets he shared years ago in regard to not wanting his son to act gay, the former Real Housewives of New Jersey star told his fans and followers that no straight man wants his son to be gay.

“So true NO STRAIGHT MALE wants his son to be gay,” Jim tweeted on December 9. “A gay son is a curse that takes away your #family traditions #heritage #LGBTIQ is a parents nightmare that destroys families. Ruins holidays like #Christmas #KevinHart we support you! #LiberalismIsAMentalDisorder.” 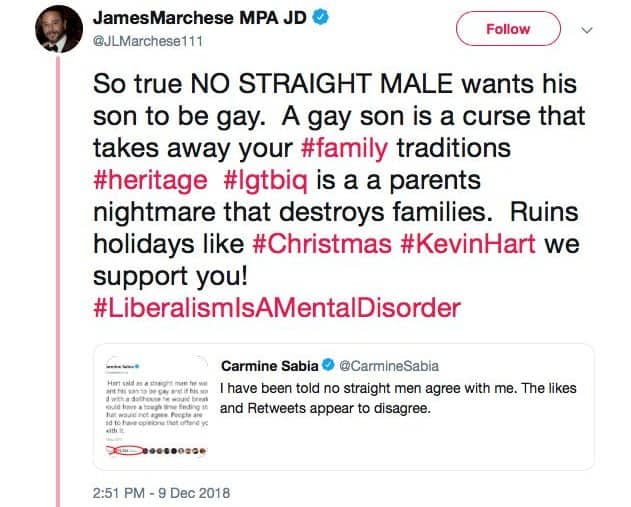 While Jim’s post received an understandable amount of backlash, that didn’t stop the husband of Amber Marchese from continuing to rant about his beliefs. In fact, Jim took things several steps further as he shared a couple more tweets, one of which slammed his followers as “bigots” and another of which said being gay was a “lifestyle choice.”

“First: bigots are intolerant of others opinions. The comments below prove you are all bigots. Second, not one comment from a straight male who has sons. Third; Europe is importing muslim men because #LGTBIQ has caused a crisis due to lack of children being born,” read his first tweet.

“For those pushing #LGTBIQ agenda show me a single credible study which links genetics,” Jim continued in his second. “Being gay is a physical act derived in sexual deviance by definition. No one is born gay. It is a lifestyle choice like being vegan. Get over it. You are #FakeNews.”

Following Jim’s slew of offensive statements, Andy Cohen, who serves as an executive producer on The Real Housewives of New Jersey, shared several of his own thoughts with fans, two of which encouraged his followers to pray for Jim and Amber’s children.

“What a great guy!” Andy joked in his first tweet. “This is perfectly on brand for him,” he said in a second.

This is perfectly on brand for him.

Andy then slammed Jim as “sick” and told his online audience to pray for his “poor kids.”

Just pray for his poor children.

Thank gd is right. Sick. Pray for his poor kids.

UPDATE: Jim just responded to our story on Twitter.

He wrote, “Creepy that @andy trolls my account. IT is SICK to refuse to have women viciously attack & abuse each so you can be famous & become wealthy… #elite #liberal #RHONJ #RHONY #RHOD #RHOA.”

Jim and Amber starred on The Real Housewives of New Jersey during the show’s sixth season.