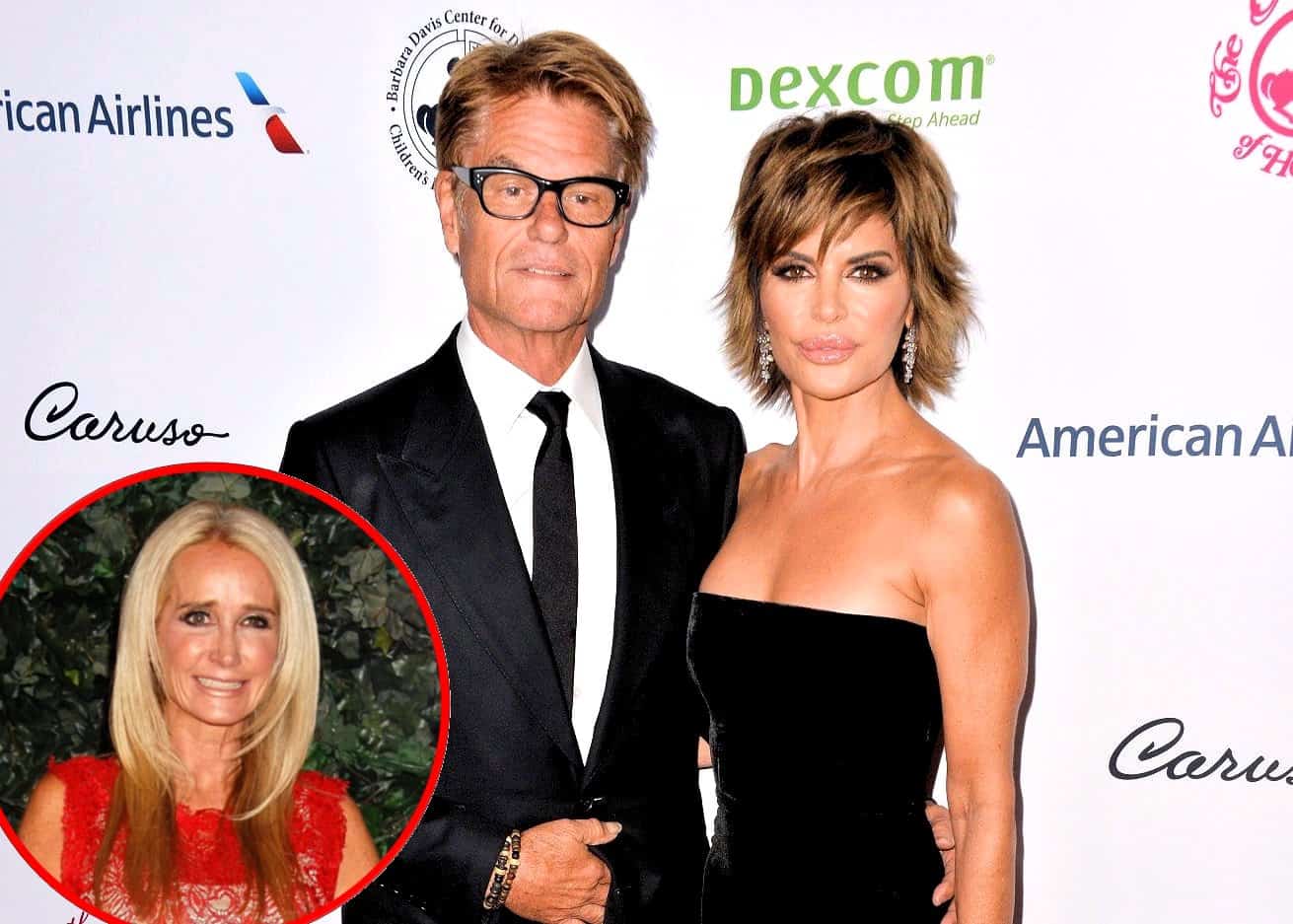 Lisa Rinna‘s husband, Harry Hamlin, opened up about their decades-long marriage during a new interview, and also addressed the past comments made by Kim Richards during a previous season of the Real Housewives of Beverly Hills.

Speaking to LaPalme magazine for their winter issue, Harry joked that it’s been “a miracle” that he and his RHOBH star wife have managed to stay together for nearly thirty years.

“Just miraculous. We’re still firing on all cylinders after 26 or 27 years,” he said in a sneak peek shared by Us Weekly. “We never get tired of each other’s stories. Lisa is a master of social media and pop culture. My real interests are the political and scientific.”

As for the secret to his successful marriage to Lisa, Harry credits therapy and putting family first.

“We put a lot of time in therapy and talking and reading books and trying to figure out how to create a foundation for a family,” he continued.

With Lisa, Harry is dad to two daughters, including 20-year-old Delilah and 17-year-old Amelia.

While Harry is seen from time to time alongside his wife on the RHOBH, he does his best to stay out of the drama. That said, he couldn’t evade the wrath of former cast member Kim Richards, who infamously took aim at his marriage to Lisa during a 2015 episode of the show.

As fans may recall, Kim lashed out at Lisa during a cast trip to Amsterdam and suggested she was hiding some major issues when it came to her marriage to Harry.

“I forgot what Kim said. I think she implied that I’d done something out of the marriage, but Lisa went ballistic over that,” Harry recalled.

He then applauded his wife for standing up to Kim, and defending his name and their marriage.

“I was very proud of her. I wonder what I’d do in that same position,” he said.

During that infamous scene (posted below) from the RHOBH season 5, Kim made some insinuations about Harry during an argument with Lisa.

“Let’s talk about the husband,” said Kim to Lisa. “Let’s not talk about what you don’t want out.”

She added, “You better watch what you talk about me or everybody will know!” Kim later stated that she simply made up the comment about Harry to get under Lisa’s skin.

A clip from that epic dinner is below.

The Real Housewives of Beverly Hills will return to Bravo next year for season nine.