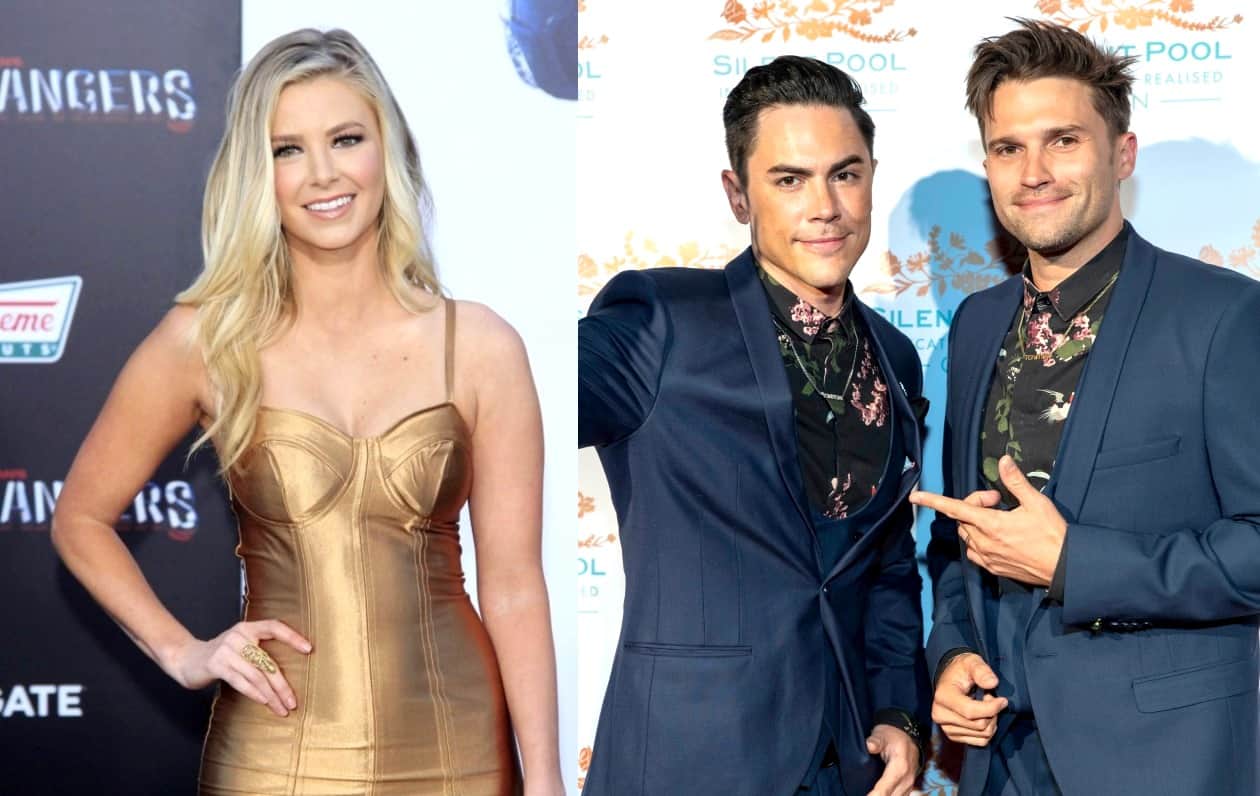 Vanderpump Rules star Ariana Madix is voicing her displeasure with the producers of the Bravo show, as she accuses them of shady editing practices.

Ariana is referencing the latest episode of Pump Rules, which appeared to show the Toms – Tom Sandoval and Tom Schwartz, showing up to see the new restaurant TomTom during the decorating stage, after their boss and partner, Lisa Vanderpump, told them not to show up.

However, Ariana is now implying the producers were the ones who told the Toms to show up anyways in order to make them look bad.

First, she tweeted: “The whole “the toms are idiots” schtick is so old and tired. Why can’t it just be real? Way more interesting imo.”

After one of her followers fired back, accusing the Toms of not following simple instructions, Ariana insisted they actually did just that by showing up when the producers asked them to.

“I’m saying it’s their job to show up for filming. Literally just said it,” tweeted Ariana. “They. Got. A. Call time. This is not hard. Do I need to tell you what a call time is.”

When the same follower from the previous tweets fired back, wondering why the Toms didn’t mention the fact that they were told to show up by the producers, Ariana explained that they aren’t allowed to break the fourth wall during filming. Meaning, they can’t talk about things that happen behind the scenes on the show.

She tweeted, “Ya… it’s called breaking the fourth wall. Something we aren’t allowed to do. Hence the “oops” gif. We show up when we are given call times by our employers: production. I hope you find some relaxation in your future bc jeez.” 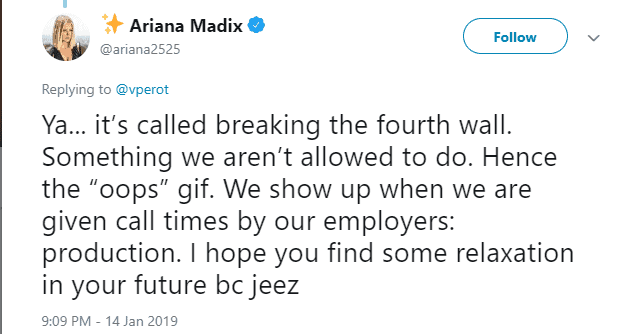 Ariana later concluded her tweets by telling another fan that they “definitely aren’t” getting the whole picture when it comes to the show.

TELL US-DO YOU THINK EDITING IS TO BLAME FOR THE TOMS COMING OFF BADLY?