RHOC Star Tamra Judge’s Son Ryan Vieth Goes On Transphobic Rant Amid Transgender Controversy and She ‘Likes’ His Post, Does She Support His Views? 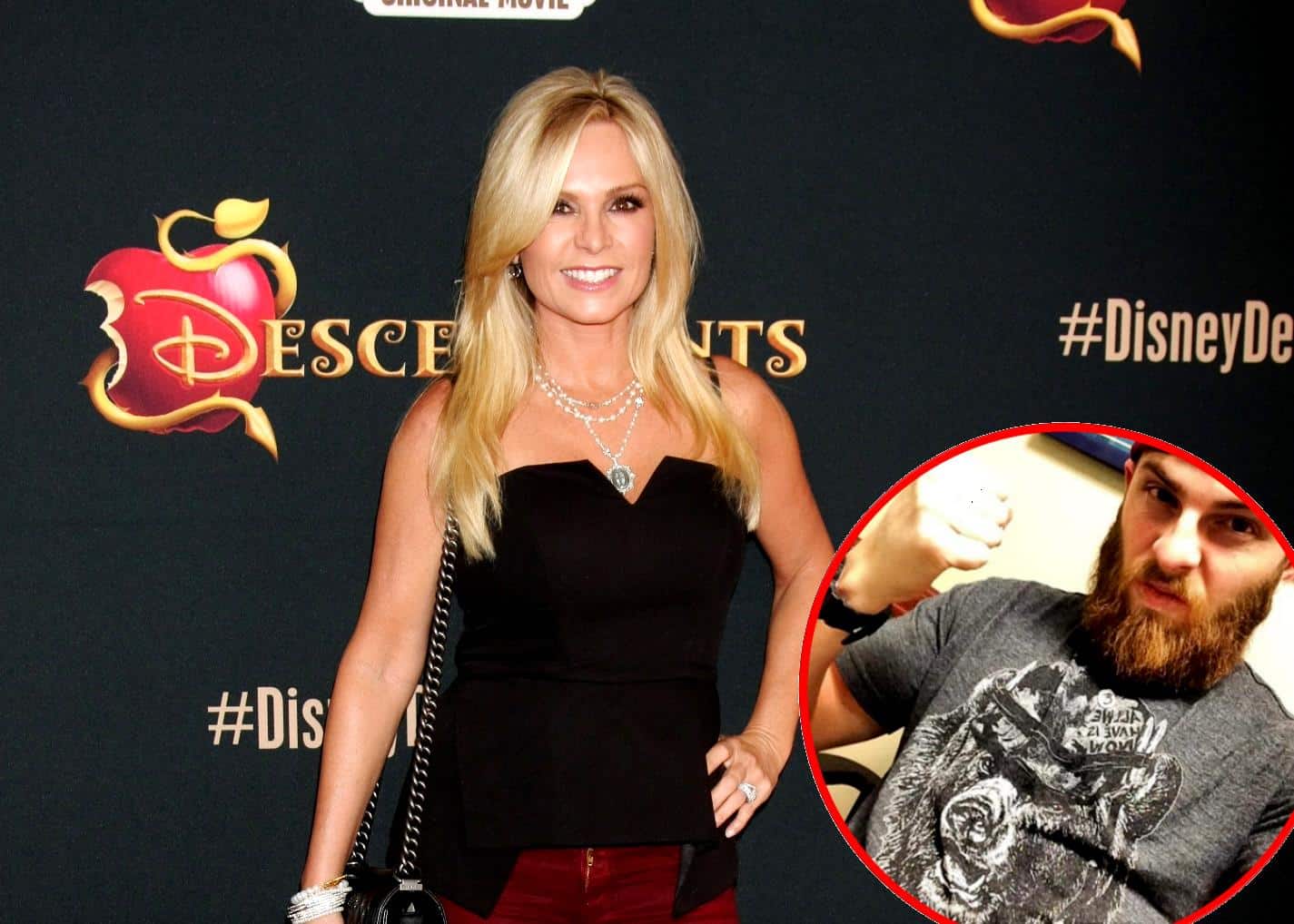 Tamra Judge‘s son, Ryan Vieth, made some very offensive comments on his Instagram page this week and the Real Housewives of Orange County star seemed to back him up.

In a now-deleted post, Ryan was seen reacting badly to the news of the impending transition of a 5-year-old British boy, whose parents are also transgendered.

“LET’S BE F**KING REAL, THE WORLD IS F**KED. COMPLETELY F**KED,“ he wrote along with a screenshot of the news article, which was titled, “Britain’s first transgender family reveals son, 5, is also transitioning.”

Ryan also included a comment from another man, which read, “The only thing that kid should be transitioning into is being a 6 year old. Anything else is abusive brainwashing.” 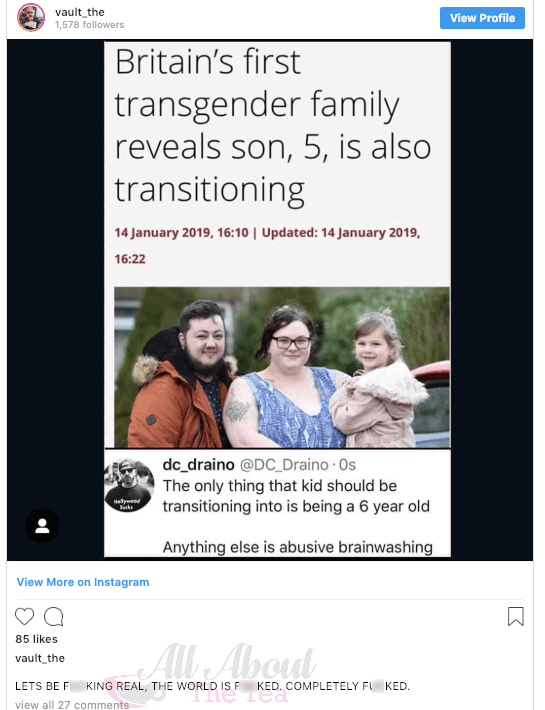 In addition to sharing the screenshot of Ryan’s deleted post, All About the Tea revealed Tamra’s reaction to the news.

“Wow that’s sad. 5 year old can not make a decision like that,” she commented.

Tamra also “liked” the post but according to a Us Weekly insider, she “did not mean to offend” anyone and “does not share the same beliefs as her son.”

“She was commenting on the story itself and felt a 5-year-old might be too young to make those decisions,” the source said.

A second post shared by Ryan in which the former reality star encouraged a baker in Colorado to murder the transgender person who took him to court after he refused to make a cake for his gender transition celebration.

“Hopefully this guy goes on a rampage and kills whatever transgendered f**k head took him to court. Ooops did I just say that,” he wrote. “This country needs to kill off this f**kery bullsh*t.”