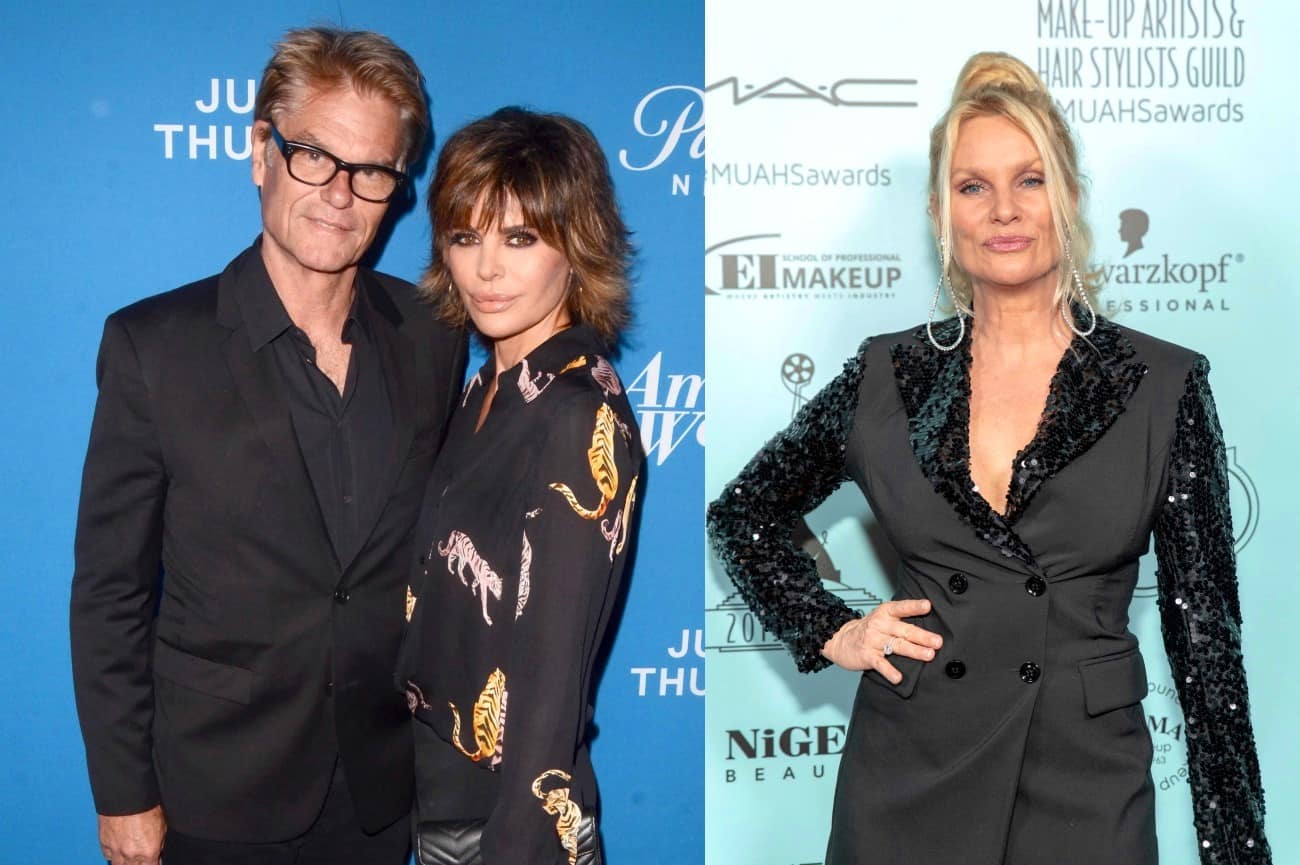 The ongoing feud between the Real Housewives of Beverly Hills star Lisa Rinna and Nicollette Sheridan, the ex-wife of Lisa’s husband, Harry Hamlin, just took a turn with Harry now getting involved.

If you recall, the beef started after Lisa claimed during the latest RHOBH episode that Nicollette cheated on Harry with singer Michael Bolton, back in the early nineties, during Nicollette and Harry’s brief 11-month marriage. Nicollette then fired back at Lisa on Friday evening, calling her comments “fake news.”

Well, Harry is now clapping back at his ex-wife Nicollette, as he insists she did indeed step out on him during their marriage.

“Re Fake News! What’s it called when your wife of one year suddenly goes to bed with a pop singer? …two weeks after your mother dies?? I did a lotta stuff with my wife “nose to nose” but ending our marriage was not one of them!” the usually reserved Harry tweeted 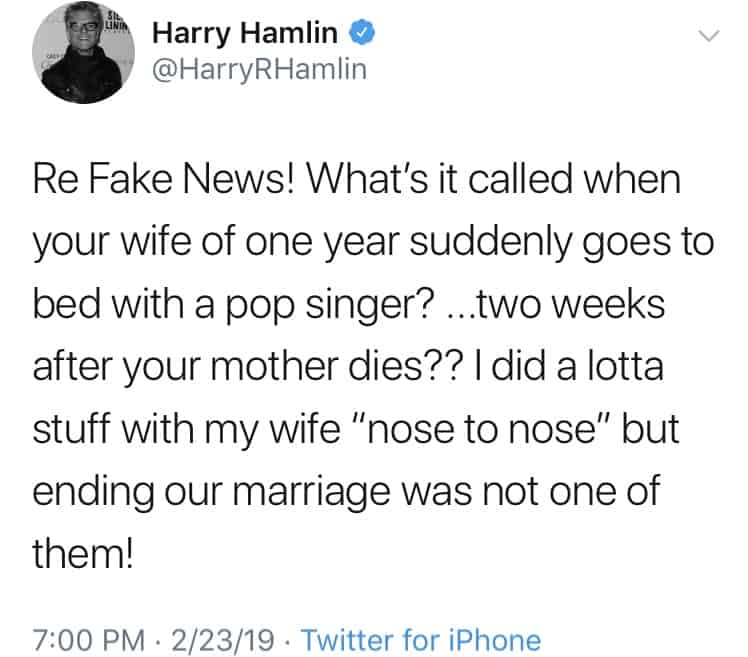 Moments before Harry sent out his tweet, Lisa also sent out a message to Nicollette on her Instagram Stories.

Lisa wrote, “My bad, I’m sorry @IamNicollette, I forgot to Thank you also. Thank you for f–king Michael Bolton and cheating on Harry while married.

She added, “Thought I’d take the high road and not tweet this.” 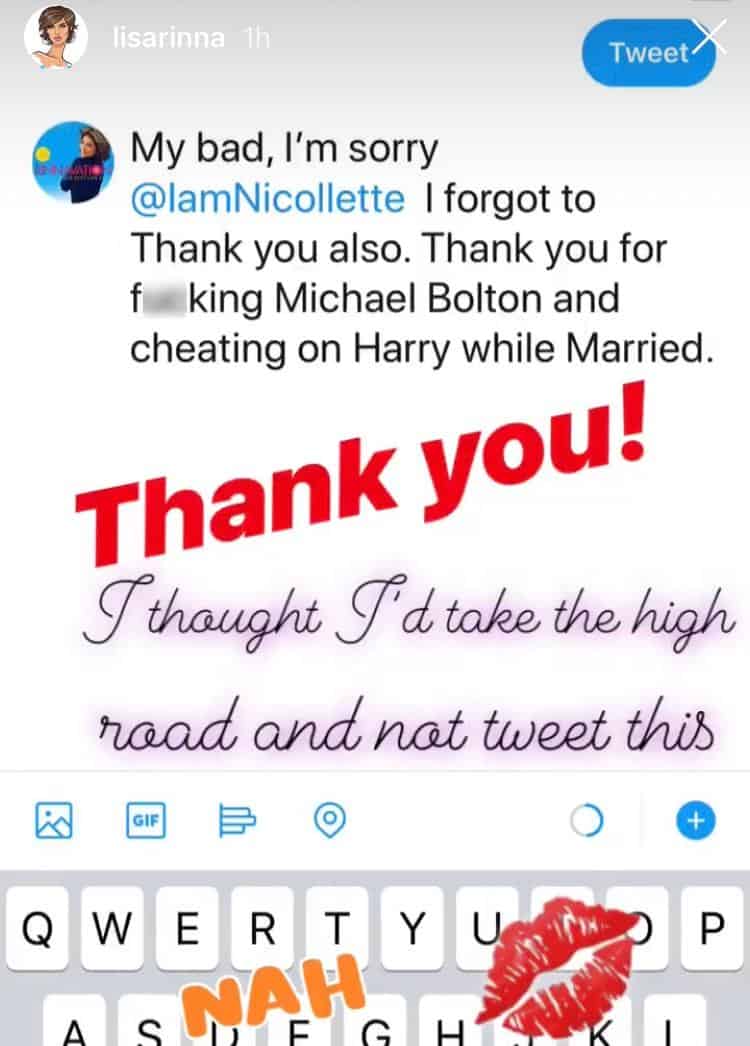 Not surprisingly, Nicollette, who might or might not make a great addition to the RHOBH next season, decided to respond, to both Harry and Lisa, as she called on Harry to accept his role in the demise of their marriage. 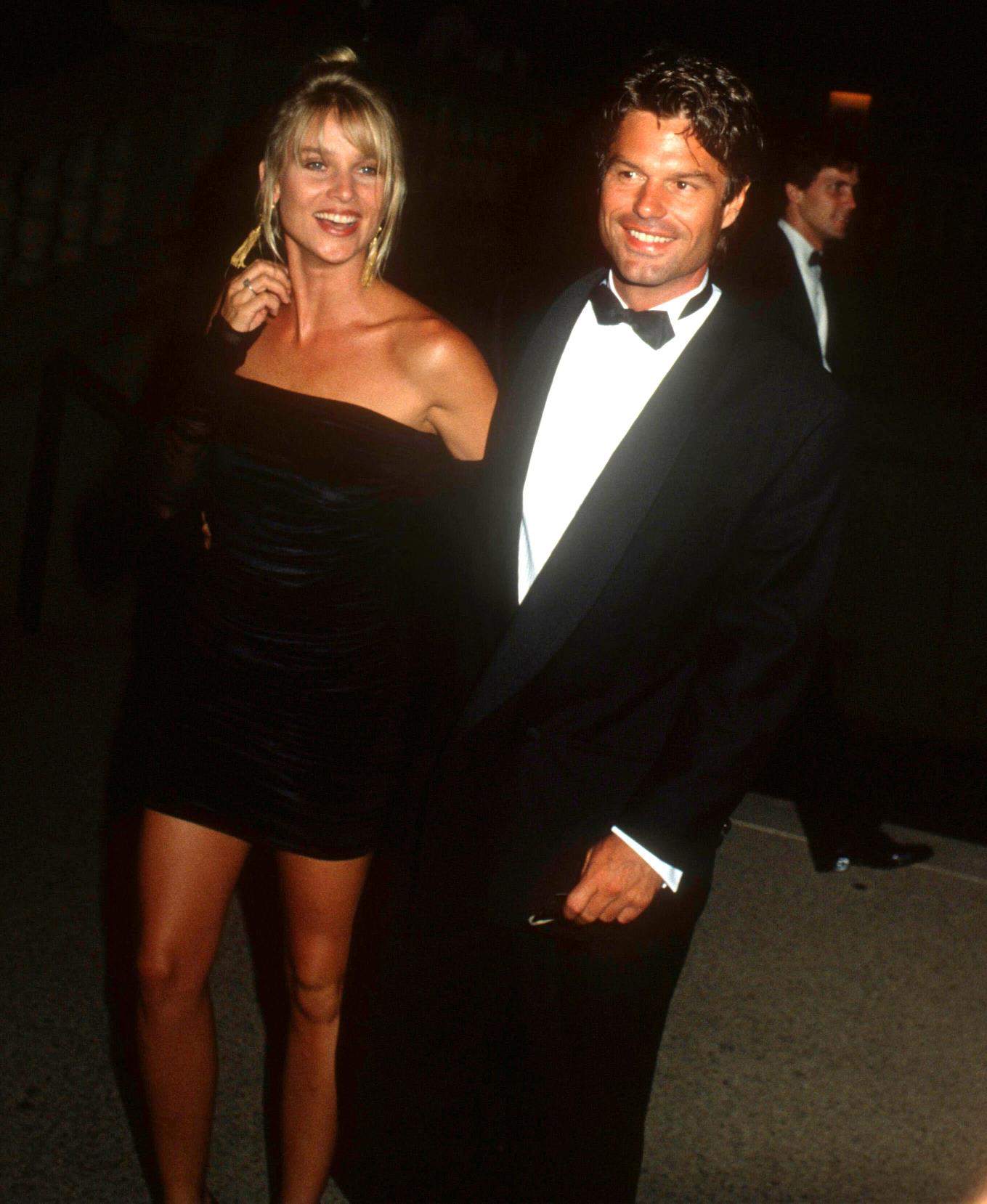 Nicollette Sheridan and Harry Hamlin are pictured together during the Emmy Awards on September 16, 1990

Nicollette tweeted, “Do you really want the truth shared? I appreciate that you want to support your housewife’s FAKE NEWS narrative, but the end of our marriage had nothing to do with anyone other than us. Sad you still can’t own your part. @HarryRHamlin @lisarinna.” 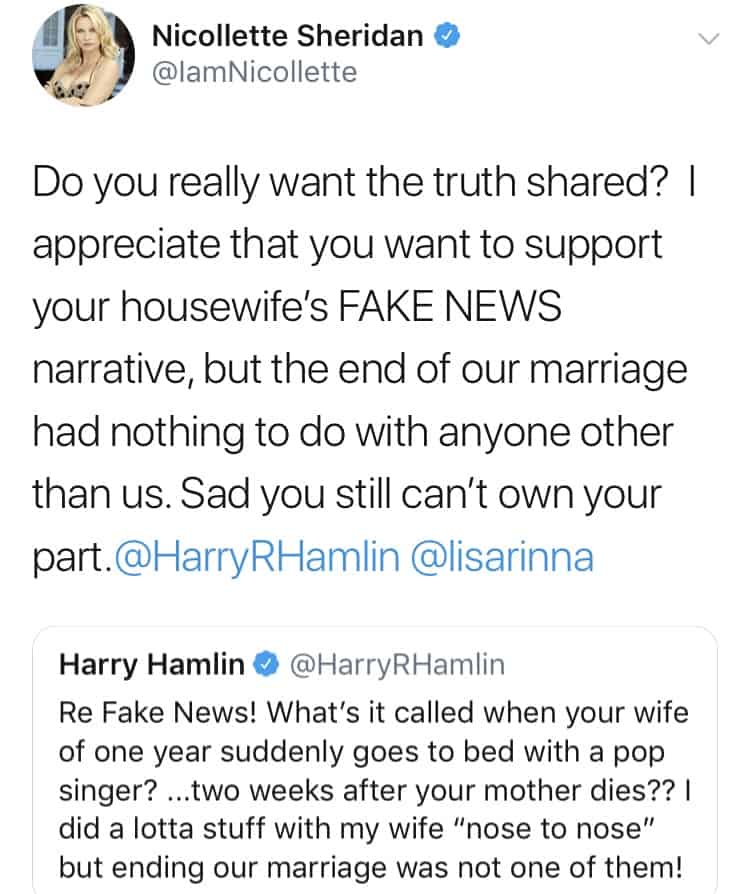 As for Harry, he took the time to deny that Lisa was the one tweeting from his Twitter account after a fan accused him of just that.

He wrote, “This ones mine baby. Lisa’s nowhere near!”

This ones mine baby. Lisa’s nowhere near!

Sweetie @IamNicollette You’re the gift that keeps on giving! https://t.co/KmR54Lr1Cl

Somewhere, we imagine Lisa Vanderpump is breathing a sigh of relief that there is an ongoing RHOBH feud that doesn’t involve her!