RHOBH’s Erika Jayne Defends Taking Photo of Condolence Note Before Sending it to Lisa Vanderpump, as Brandi Glanville Chimes In! 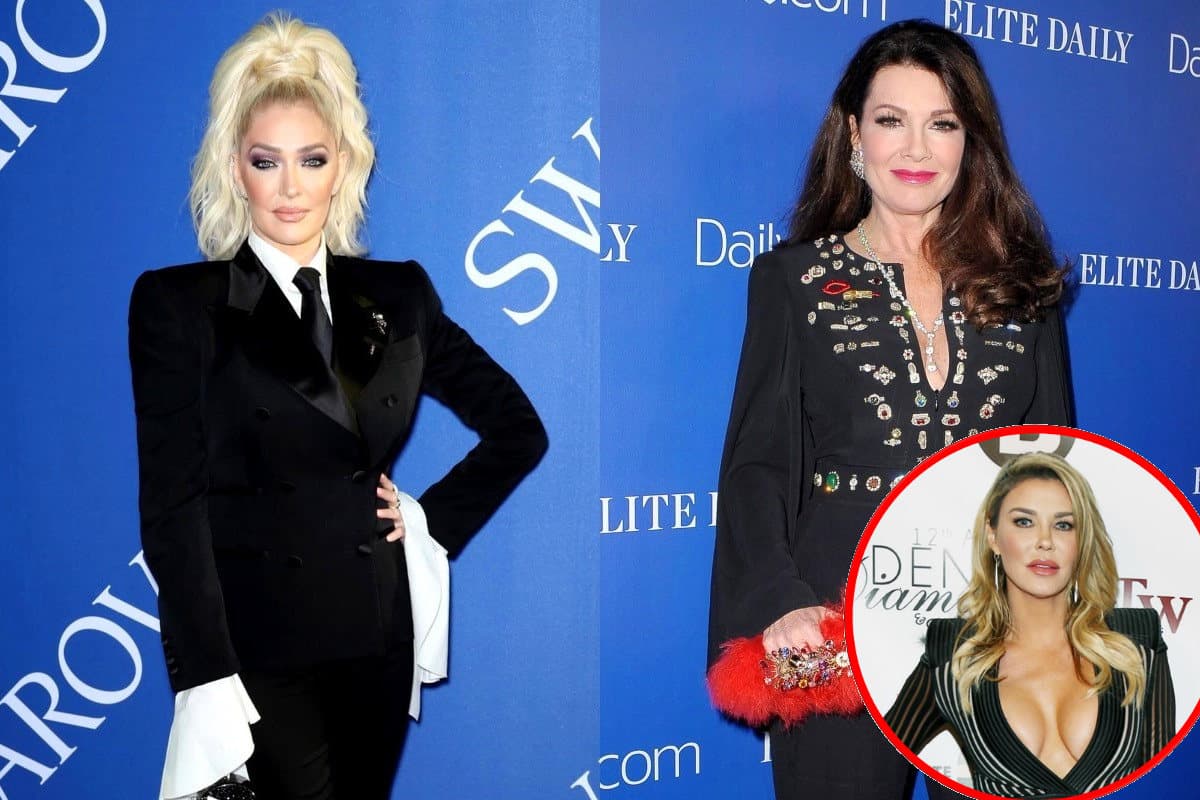 On the latest episode of the Real Housewives of Beverly Hills, Lisa Vanderpump exchanged some words with Erika Jayne over a condolence note Erika sent her following the tragic suicide of her brother, Mark Vanderpump.

During the cast’s trip to the Bahamas, Lisa Rinna called on the ladies to reveal any issues they’ve been bottling up about their castmates.

This was when Lisa proceeded to tell Erika that she felt the note Erika sent after her brother’s passing was a bit impersonal, stating she would have preferred a phone call or something more personal. Lisa added that she had expected more based on their friendship.

“Erika, when you sent me a couple of lines in your condolence card, I wish that you’d called me,” Lisa shared. “It was a little distant and that’s one thing that you’ve really tried to overcome.”

Not surprisingly, Erika didn’t take too kindly to Lisa’s words as she strongly defended herself. While she first apologized to Lisa during the group dinner, she later made her true feelings clear during her confessional interview.

“I’ve never known of anyone to react this way. ‘Your condolence note wasn’t good enough.’ Are you f–king kidding me?” said Erika.

Erika then shared the note with viewers stating she had actually taken a photo of it before sending it to Lisa because she suspected Lisa would end up lying about it. 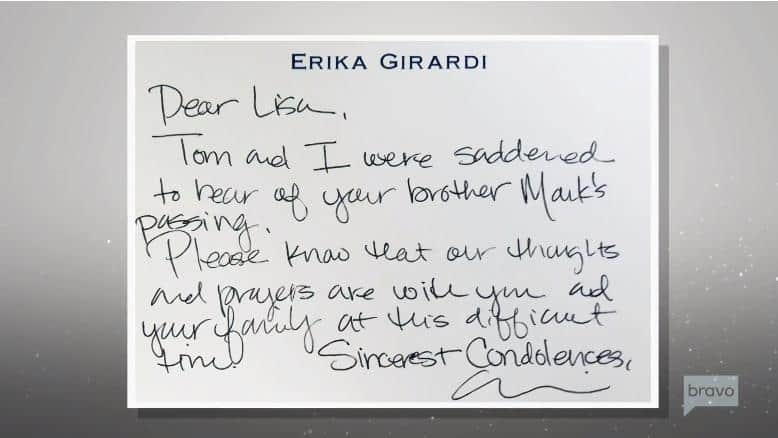 While some fans of the RHOBH felt Lisa shouldn’t have complained about the condolence note, others also felt it was disingenuous for Erika to send the note to Lisa, knowing she felt the need to take a picture of it for safekeeping.

In a tweet, Erika defended her action, as she insisted she did nothing wrong.

“Who brings up a note? Someone looking for a fight,” tweeted Erika about Lisa. “Don’t be mad that I was prepared, be mad it was brought up at all.”

Who brings up a note? Someone looking for a fight. Don’t be mad that I was prepared , be mad it was brought up at all. https://t.co/yx69KdXv59

As it turns out, Lisa did not lie about the note as her description of it matched what Erika shared with viewers.

Erika did receive some support from former RHOBH star, and Lisa’s nemesis, Brandi Glanville, who saw nothing wrong with the note Erika sent to Lisa.

“I would take a sincerely handwritten note over someone’s assistant sending flowers every day all day?,” tweeted Brandi.

I would take a sincerely handwritten note over someone’s assistant sending flowers every day all day????

TELL US – WAS IT WRONG OF LISA TO COMPLAIN ABOUT THE NOTE? OR WRONG FOR ERIKA TO TAKE A PICTURE OF IT?