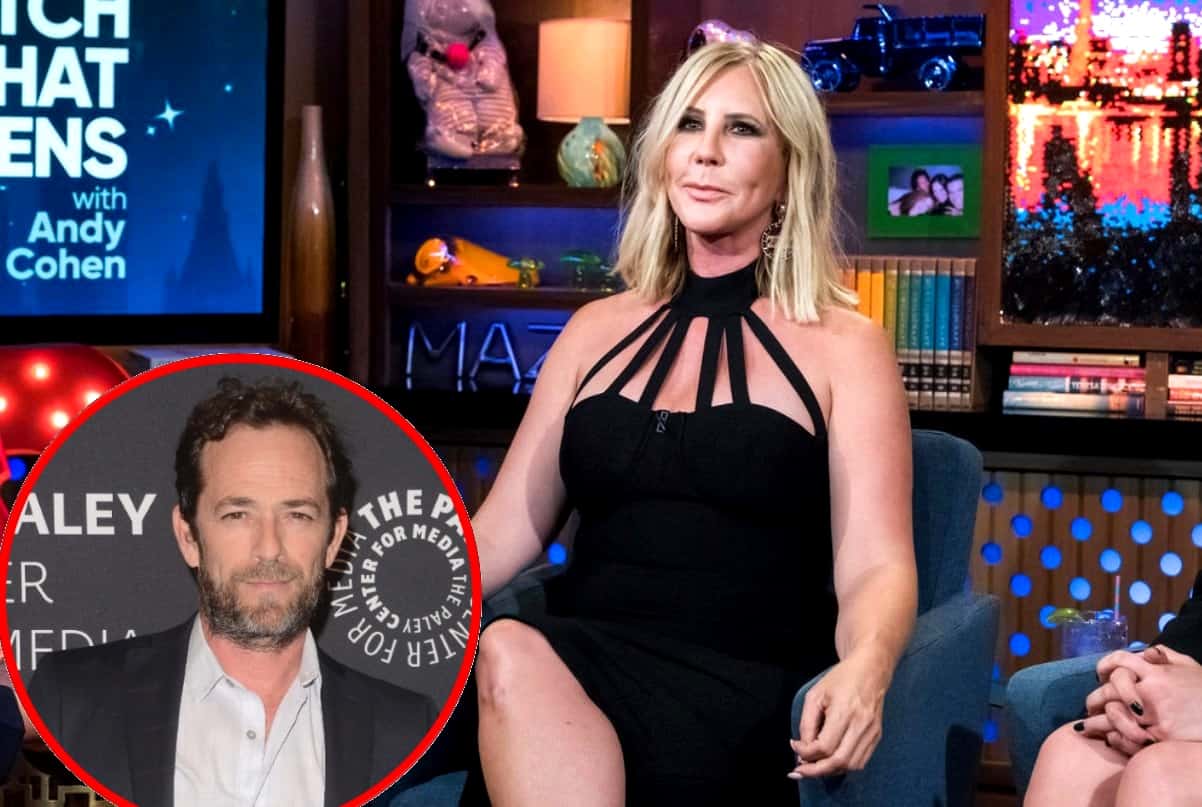 Vicki Gunvalson is under fire on Facebook after sharing a post about Luke Perry‘s death to promote her insurance company.

Less than two weeks after the Beverly Hills, 90210 actor died of a severe stroke at just 52 years of age, the Real Housewives of Orange County star was labeled “tacky” and “insensitive” after she shamelessly attempted to cash in on the tragedy.

“I know most of you have heard about the unfortunate passing of Luke Perry at the young age of 52. It makes you realize how important Estate Planning is and how NOT to procrastinate taking care of a trust, health directives and securing life insurance for those tot (sic) leave behind that you want to take care of,” she wrote.

Vicki then shared the quote, “Plan for the Unplanned,” and encouraged her fans and followers to visit her website, www.cotoinsurance.com, to learn more. 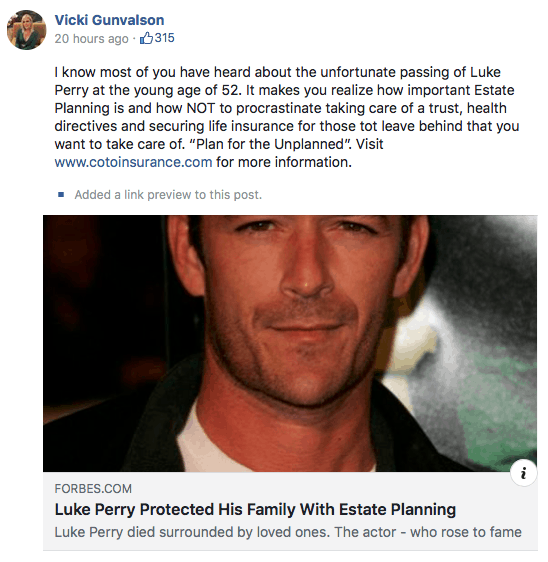 Right after Vicki’s post was shared, the reality star, who was reportedly demoted from the RHOC earlier this year, was flooded with criticism.

“I was a fan, but not anymore. TACKY of you to advertise your insurance company with the unfortunate passing of a celebrity,” one person wrote. “We all know, or should know, to plan for our futures. Shame on you!”

“Are you really trying to sell your insurance pitch with his face… his family should sue … because I’m pretty sure you never asked permission to do this,” a second said. “All time low Vicki… thought you had more class.”

“This so wildly inappropriate,” added a third. “You could have posted about the importance of estate planning without using his death. How horribly insensitive. Especially for his family.” 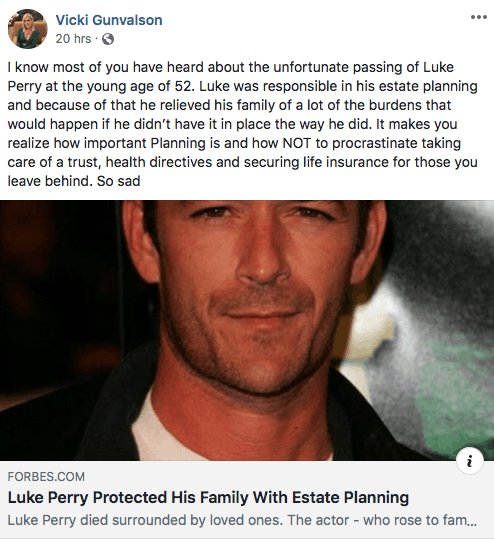 TELL US – WAS VICKI’S POST OUT OF LINE OR NOT A BIG DEAL?