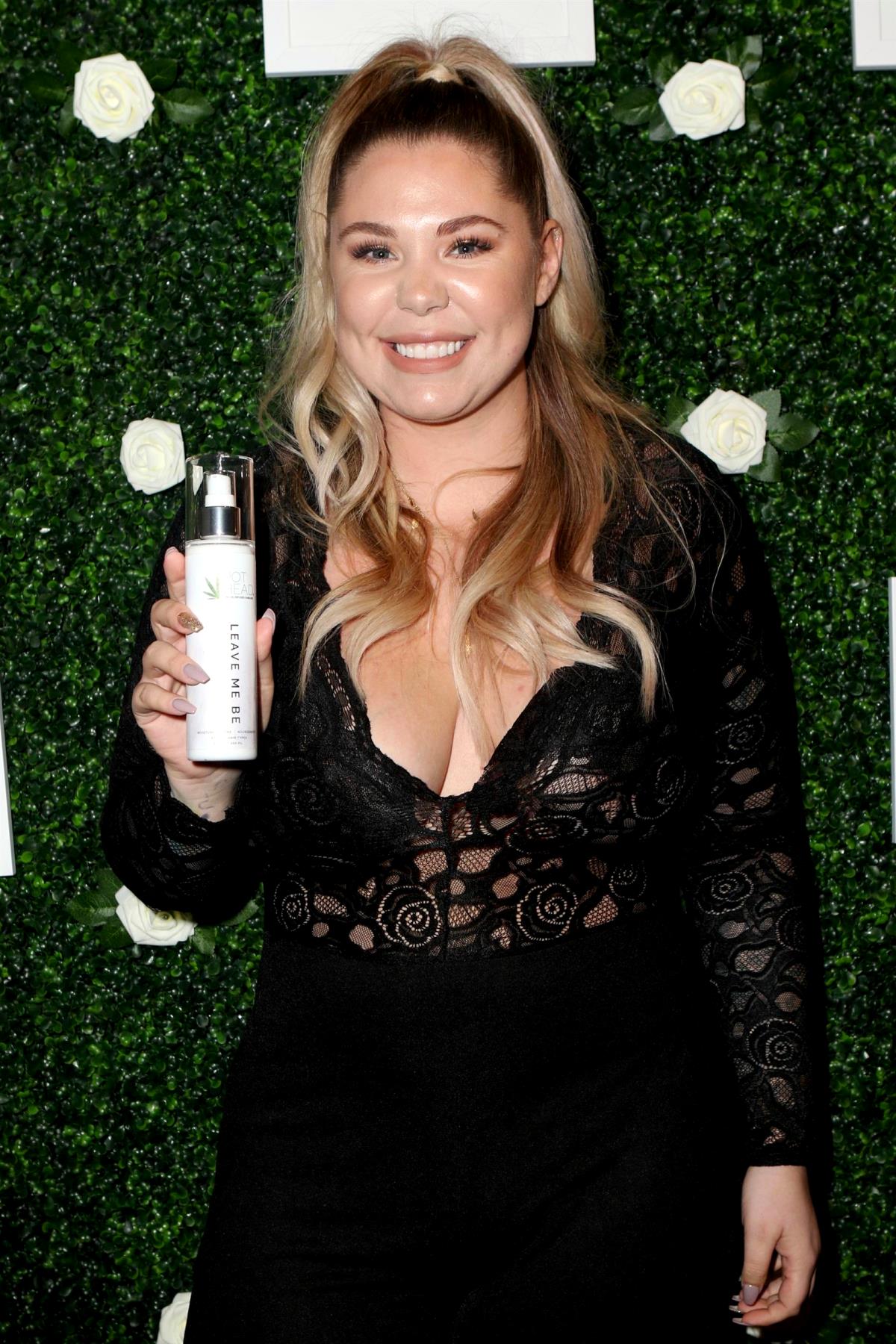 Teen Mom 2 star Kailyn Lowry is no stranger to sharing her thoughts on Twitter and this weekend was no different. Yesterday, Kailyn decided to express her frustrations with her Teen Mom 2 producers, who she claims wanted her to get naked for the season finale.

She started her rant on Twitter, explaining that she’s made bad choices in her life but that she’s turning everything around now.

“I’m getting my sh*t together. Started my company. Own a house, building another,” she wrote on Twitter.

And that’s when she slammed MTV producers, who she claims weren’t happy with what they got for their season finale. Kailyn claims they wanted her to strip down for a boudoir shoot. 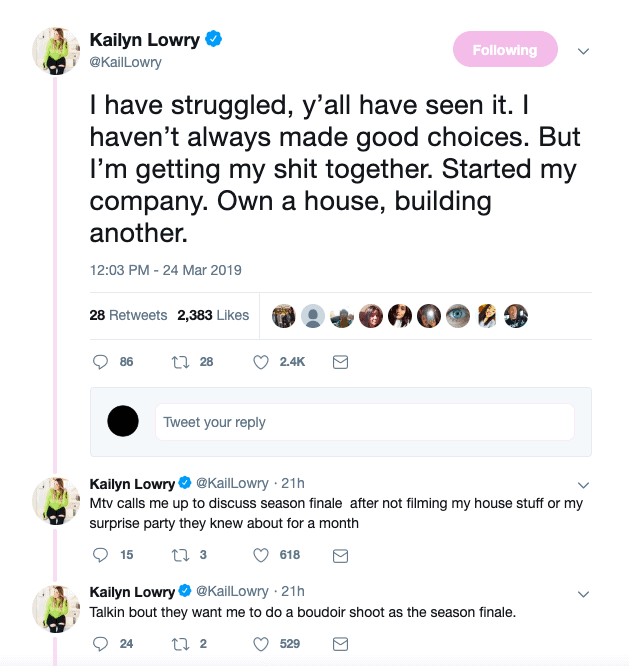 Kailyn also questioned whether she’s only valued if she gets naked for television.

If you’re confused, then let us clarify. Back on March 14, 2019, Kailyn posted a few photos of herself from a boudoir-style photoshoot. In her Instagram caption, Lowry revealed that she was 27 years old and feeling herself. It’s possible she didn’t include MTV in the shoot, and they wanted something like it for the season finale.

But her rant didn’t end with the boudoir shoot. Kailyn then claimed that she would never sit on her couch and slam her children’s fathers as much as she does for the show.

“I don’t ever sit on my couch & talk about my baby dads as much as I do when MTV is asking. I feel like that’s such a smack in the face,” she noted.

Kailyn is referring to Jo Rivera, Javi Marroquin, and Chris Lopez – the fathers of Isaac, Lincoln, and Lux respectively. 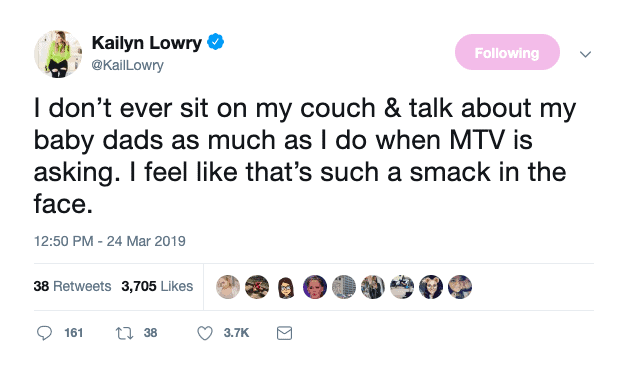 On this current season of Teen Mom 2, Kailyn slammed Jo for asking for more child support, saying he was just looking for a payday. She would later admit that she did pay him back for the full year he was asking for. 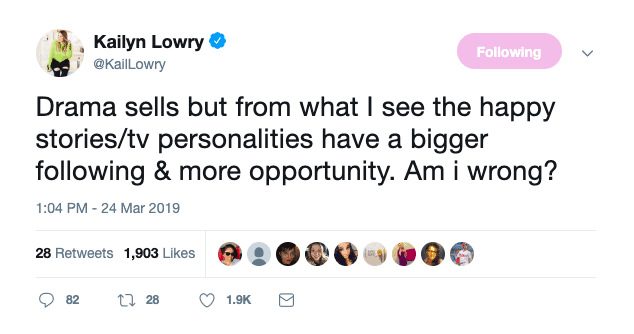 Kailyn would end her Twitter rant by saying that while drama does sell, positive stories do have more opportunities. She also asked her fans when she can stop being portrayed as a bitter baby momma.

This isn’t the first time that Kailyn has called out MTV. Back in October 2018, Kailyn slammed MTV for lying. She also blamed the show for ruining her marriage to Javi.