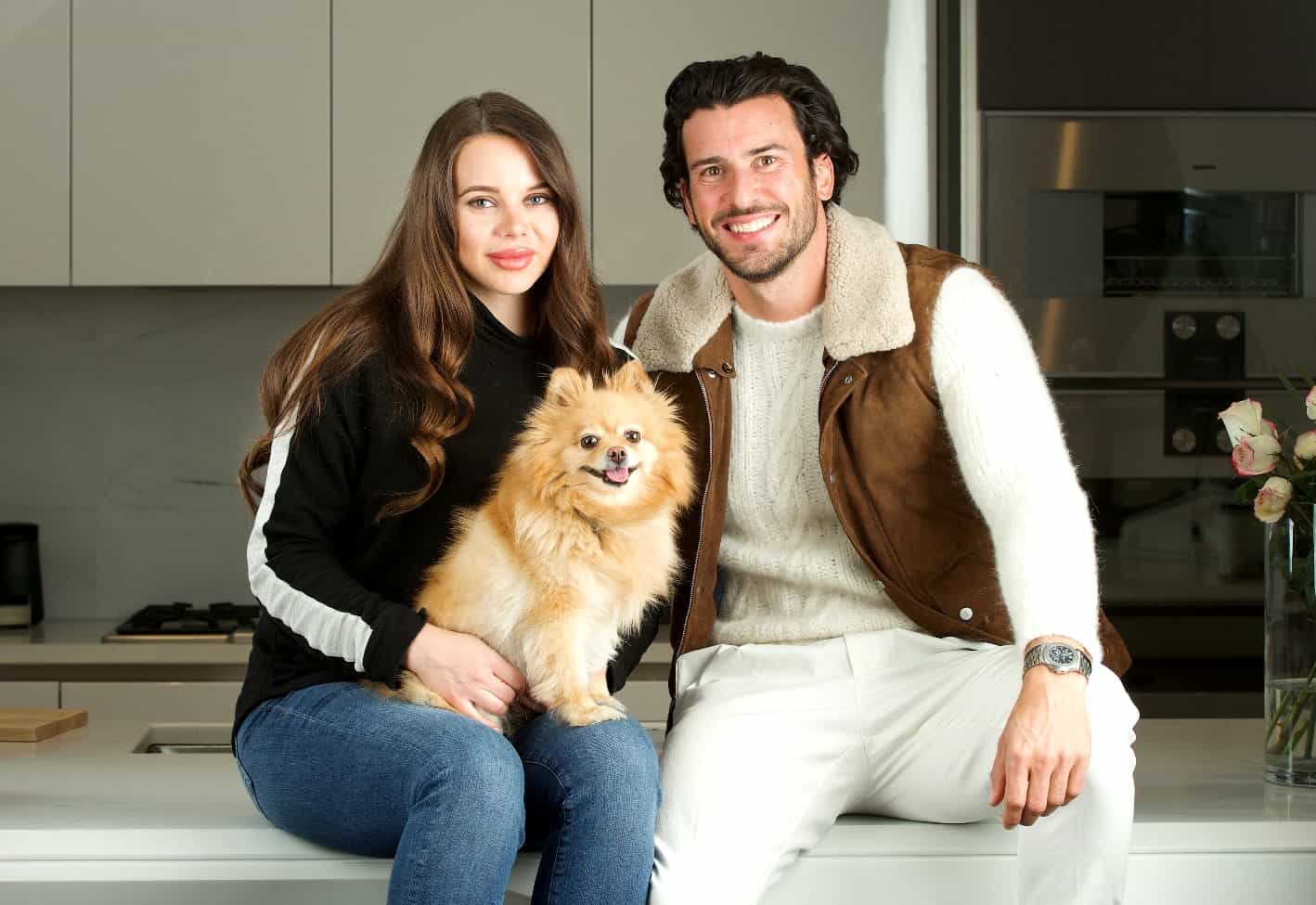 Following a short-lived relationship with Brittny Gastineau, the Million Dollar Listing: New York cast member met Luiza during an August 2018 flight to London and moved her into his Big Apple apartment earlier this year.

“Since we’ve been together, everything in life has just changed. I go to sleep earlier and wake up fresher. I drink less, I want to be home more,” Steve, 34, gushed to Us Weekly magazine.

After meeting Luiza, 26, en route to London, where she was living at the time, Steve postponed plans to meet friends in Ibiza and instead embarked on his first date with Luiza in Monte Carlo. A short time later, after Steve landed in Ibiza, Luiza flew to meet him and during a night out, Steve told Luiza, “I think we have a problem — I think we’re in love with each other.”

“I couldn’t expect falling in love with someone from another country, moving in together, having our little family,” Steve gushed to the magazine. “I think I’m more myself with her than I am by myself, if that makes sense. I become who I used to be as a kid, more fun-loving.”

Although Steve and Luiza aren’t engaged quite yet, the realtor made it clear that he sees a future with his leading lady.

As Steve continues to enjoy his live-in arrangement with Luiza, he is making a point to make his love life a priority, which he admittedly struggled with in the past.

“I wish I were as good at dating as I am in business,” he said. “In the past, I put so much effort into my job and being successful — I almost did the opposite in dating.”