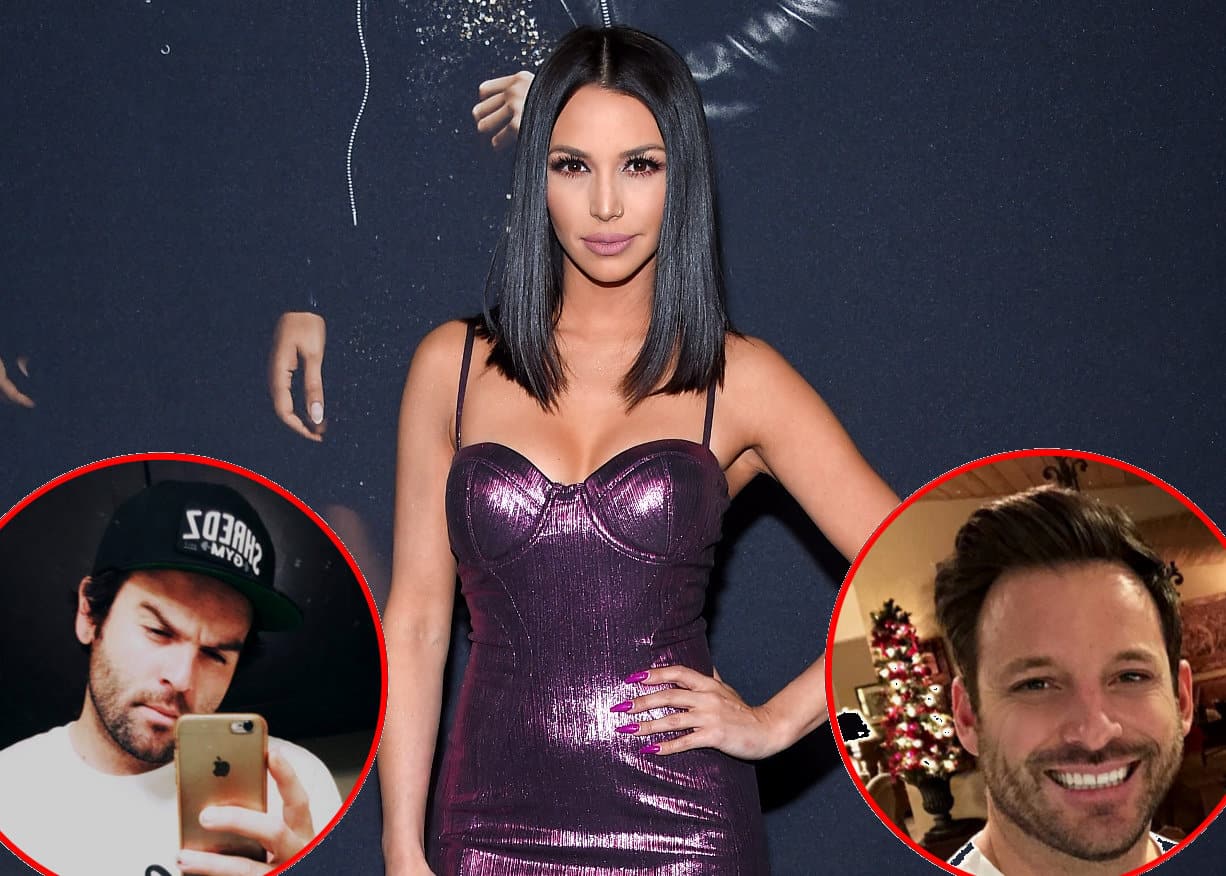 Vanderpump Rules star Scheana Marie is offering an update on where she stands today with her ex-husband Mike Shay and her ex-boyfriend Rob Valletta.

Scheana and Mike were not on the best terms when they called it quits on their marriage in November 2017.

Although the couple’s split was plagued by rumors of drug use, which Mike denied, the Vanderpump Rules star said in a new interview that they recently had a “closure conversation” and opened up about the current status of their relationship.

“He really wanted it to be private especially after him having been off the show for a while, he didn’t want to film that conversation,” Scheana revealed to The Daily Dish podcast. “So I don’t know if you’ll hear me talk about it on any of the upcoming episodes. But we did; we sat down, I think it was early August, and had the most raw, real conversation since Season 5 reunion.”

After her split from Mike, Scheana dated actor Rob for several months and chronicled the romance on season six. Then, when season seven debuted, she revealed she had embarked on friends with benefits relationship with model Adam Spott that she appears to still be in.

While Scheana confirmed she and Mike are “friendly” at this point in time, she noted that they aren’t exactly best friends quite yet.

“We don’t talk often but I talked to him the day before I left for Australia and he’s like, ‘Oh, I know you always wanted to go there, I’m so happy for you, have so much fun, let’s try and get lunch when you get back,’ so we haven’t actually seen each other again since that day but we constantly on a monthly basis try and make plans but then just with our schedules, it doesn’t work,” she explained.

Scheana also shared an update on her relationship with her ex-boyfriend Rob. Following their split in late 2017, the two tried to remain friends but that only lasted a few months with Scheana calling him “selfish” in March 2018. Fast forward to today, and Scheana is explaining why they are no longer in communication despite a recent effort to become friends again.

“Well, funny story,” Scheana shared to The Daily Dish. “We didn’t speak for almost a year. Ran into him at a football game; we’re both Chargers fans. It was so awkward. To make a long story short, we agreed to meet up and have a closure conversation. Went well; we’re like, OK, let’s try and be friends again.”

However, their attempt at a friendship ended in disaster.

“A few weeks into that, he heard a rumor about me that I was trying to hook up with one of his friends and it was this story that got so convoluted and was untrue completely,” she explained. “Didn’t hear my side of the story; starts bashing me and my song on social media and all of this so now there’s zero communication.”