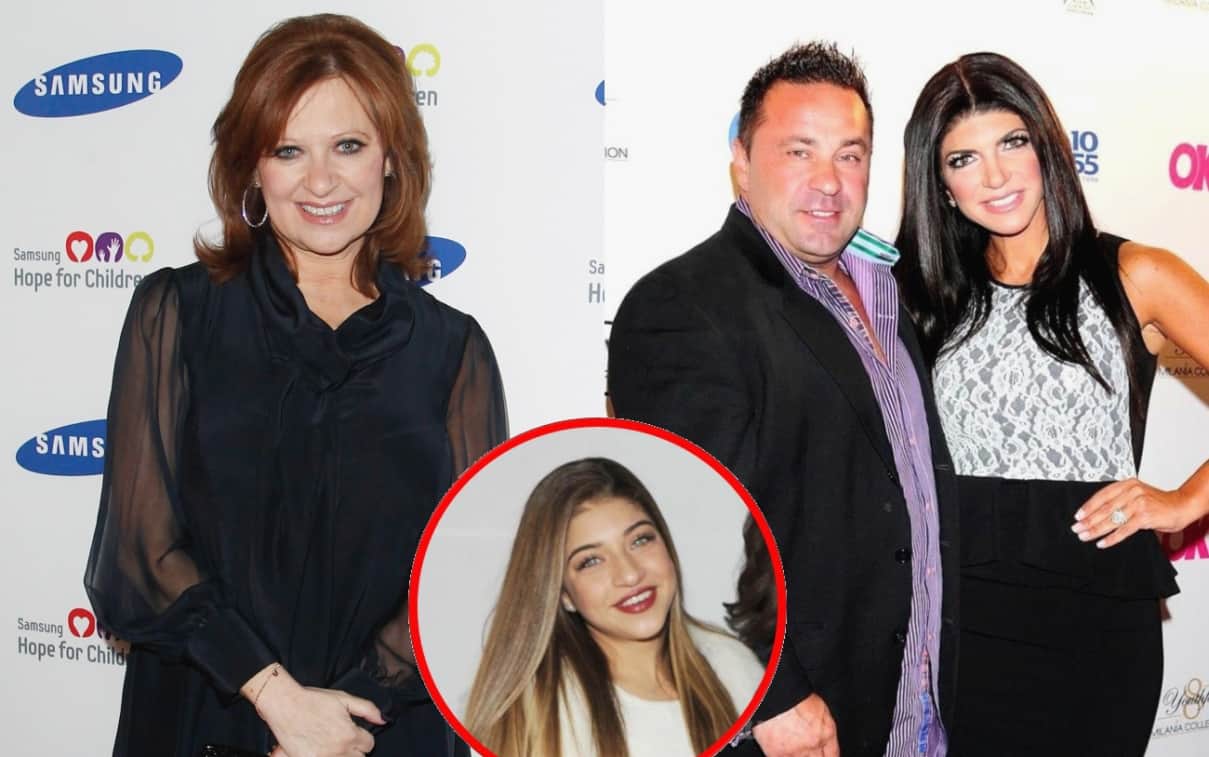 Caroline Manzo is speaking out on Joe Giudice‘s impending deportation.

One week after her former Real Housewives of New Jersey co-star’s appeal was denied, Caroline is speaking out about her thoughts on the issue and expressing concern for the four daughters Joe shares with wife Teresa Giudice.

“That breaks my heart. It absolutely breaks my heart,” Caroline told Hollywood Life. “I don’t understand it. He paid his dues. I understand the legality of it, but it’s not like he came [to The United States from Italy] when he was 20 or 30 – he came here as an infant.”

“His children adore him. He adores his children. I think those children have suffered entirely too much. My heart is broken for those kids and for Joe because they deserve their father back and I wish things were different but what can you do? I just think it’s a very, very sad situation,” she continued.

Although Joe filed a “petition to review” the denial of his deportation appeal days ago, the chances of him remaining in the country appear slim, which might explain why Joe’s daughter Gia Giudice has now started her own petition to try to keep her dad in the United States.

In the Change.org petition, Gia appeals to President Trump to stop Joe’s deportation.

“My father, Joe Giudice, came to the United States when he was an infant, one year after his birth, he has resided in New Jersey his entire life,” Gia began the petition. “He is a businessman, a husband, father to four young women all under the age of 19, son, brother, uncle and friend to many.”

She continued, “He was found guilty of NON Violent offenses and served his time complying with all prison guidelines and procedures. My mother and father have fought tirelessly to pay back every single penny of restitution to court deemed they owe. They have made a mistake but rectified it through serving time and by financially satisfying all that was owed. ”

Gia adds that Joe “knows nothing of Italian culture, laws, societal norms, he has no immediate family and will not be able to secure work in this foreign land. My father is not a danger to society.”

She closes out her petition by imploring the President to take action and pardon Joe.

“We request that our President, Donald J Trump review our petition and pardon my father to relieve him of this life sentence the courts are bestowing on him, yes in Italy he will no longer be incarcerated but will he ever be free if kept from his family and be able to be a productive member of society?” asked Gia.

The Real Housewives of New Jersey season 10 is currently in production and expected to air on Bravo TV sometime later this year.