by Julia May 6, 2019 12 comments
ShareTweetWhatsappPinterestRedditTumblrMailFlipboard 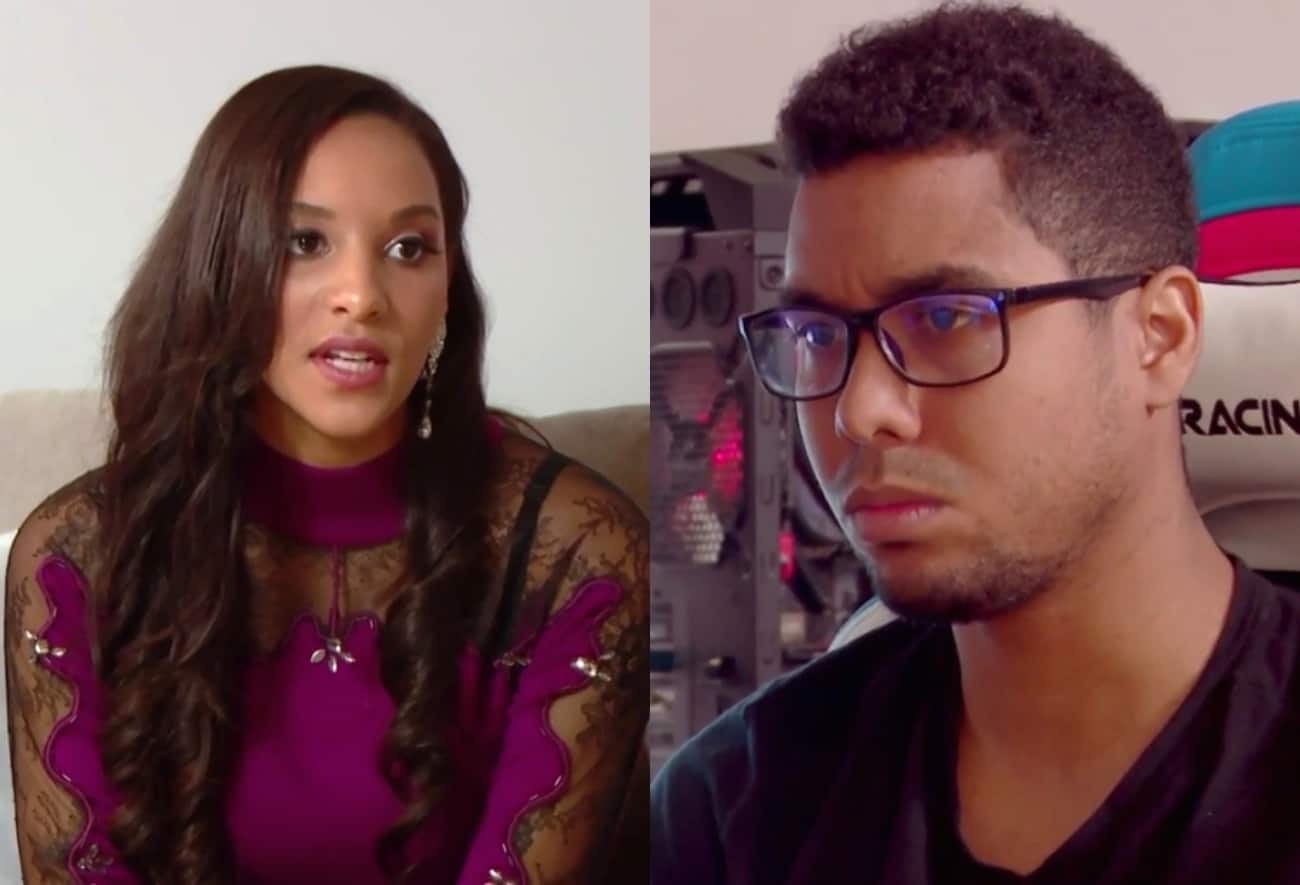 Here’s what went down on last night’s episode of 90 Day Fiance: Happily Ever After

Larissa has excused herself to secretly speak to the producers in the car, as she feels “deadly afraid.” She confides that she doesn’t trust in Colt-E and that his mother, Debbie, has made Larissa’s life here in America horrible. Larissa fears that any wrong move could cause Debbie to call the police, and if that happens, then it’s basically over for her.

Colt thinks that by taking Debbie out for the evening and stuffing her with a margarita (“or two”), things may be a little less stressful at home with Larissa. Colt refers to the times with Larissa as “the dark times” and Debbie reiterates her anger over Larissa flushing her wedding ring down the toilet. The cycle with Larissa and Debbie causes Debbie angst and she becomes emotional. Larissa thinks “Colt-E and Debbie are conspiring against” her because when she went to her attorney, she realized that Colt said a lot about her. She remains cool toward Colt, but confronts him about why he told the police lies about her behavior. Colt regrets calling the police the night of the fight, but Larissa threatens with divorce if this goes south.

The day of Larissa’s trial is finally here and she is fully blaming Colt-E for this situation. Colt isn’t going to court with Larissa because he doesn’t want to testify against her, but poor Debbie is stuck driving that wacko to her trial. Colt-E offers Larissa an apology for what happened, but the reality is Larissa is the one who went bonkers on them. This was not the life Larissa thought she was getting when she came to America. #shook. 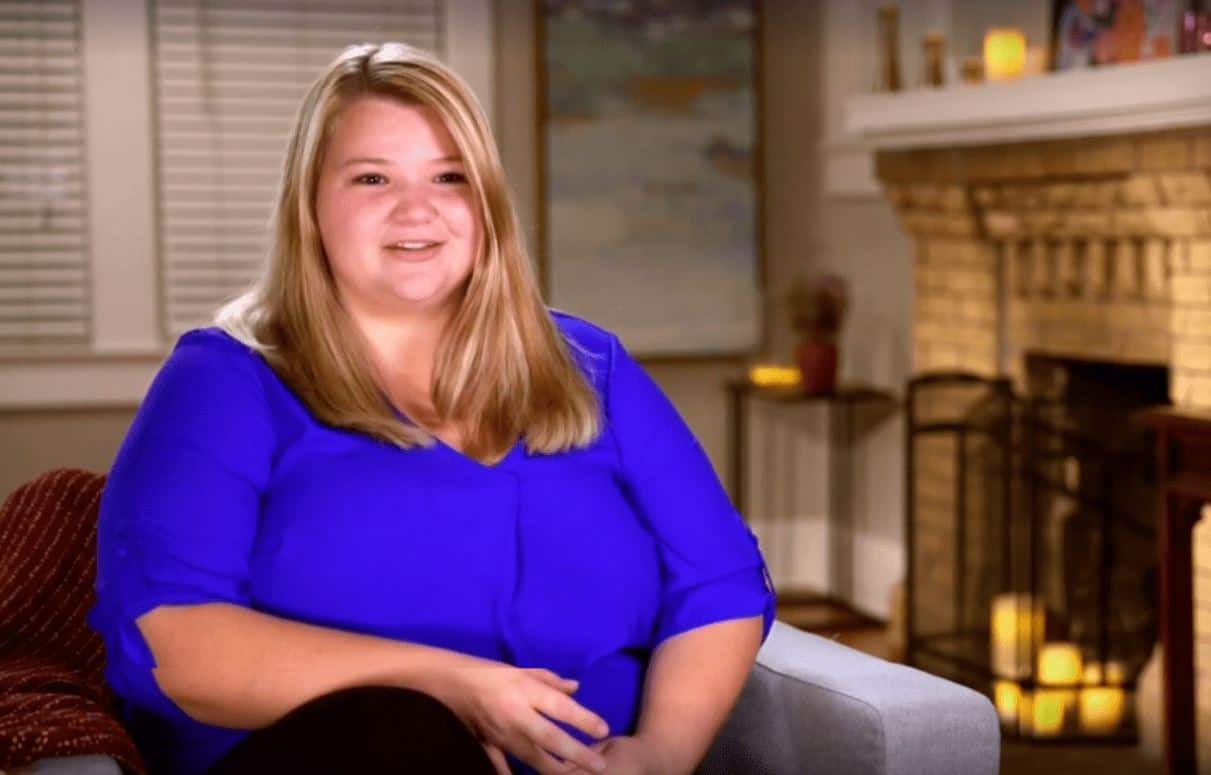 Down in Florida, Nicole FaceTimes “daddy,” aka Azan, her fiancé, whilst at the park with her daughter. Homegirl is a sweaty mess. She could have at least wiped her face off with a towel before calling Azan. Nicole suggests that she and Azan go on a romantic vacation to a place where a Visa doesn’t matter with all the money they don’t have. Although the couple has tried this plan before, Nicole is dead set on making this happen. She excitedly tells Azan, “If we go to Grenada, we can stay in the same hotel room!”

Azan looks like he saw a ghost at this thought, but hey, a free vacation supplied by Nicole? Why not?
In order to PAY for this vaca, Nicole needs a job. She is in search of temp work, but she doesn’t even have a resume. When asked where she has worked or what experiences she has had, Nicole appears “quite young in terms of her career,” which is a nice way of saying she is hopeless. Plus Nicole is “living in limbo,” since she doesn’t know when she would be going back to Morocco, so that def limits her job aspects. 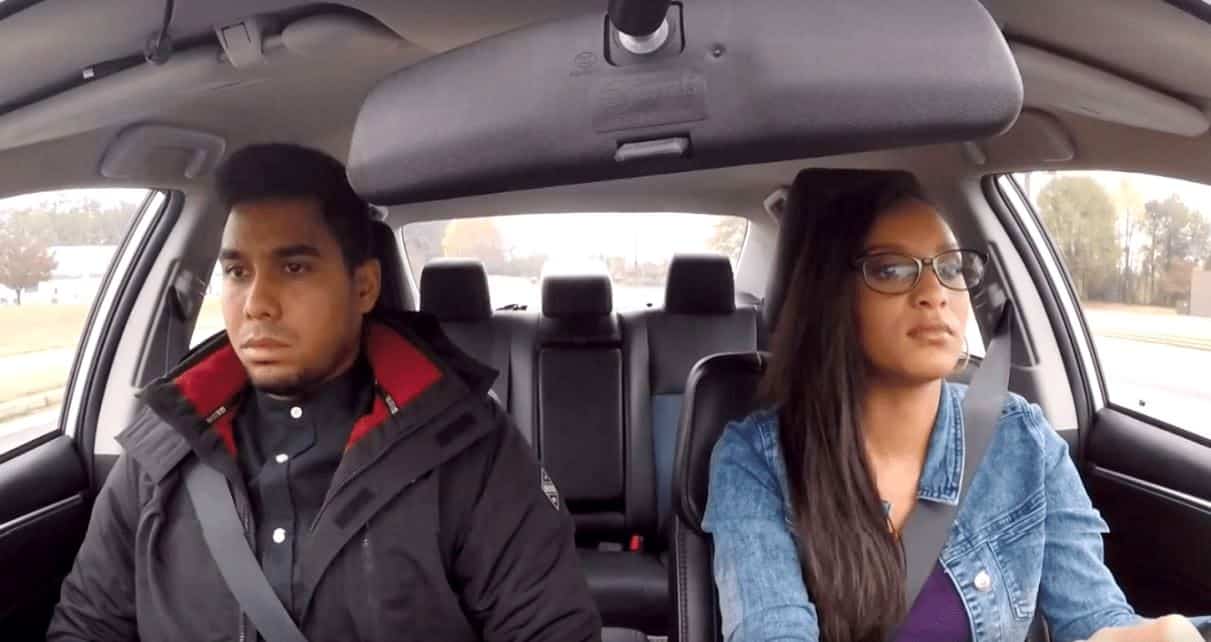 Trouble in paradise is the understatement of the year when describing this couple. Pedro decides that it’s not the place where they live that is the problem, but rather Chantel’s family. Chantel is still looking for an apology from Pedro for attacking her brother, but Pedro isn’t giving an inch. Pedro suggests he go to the Dominican Republic to see his family and friends, and to go for a “time out.” You all know if he goes, he won’t come back, right? While driving, Chantel receives a call from her mother who invites the couple to Thanksgiving dinner. She states, “our casa is his casa.” Pedro nearly chokes when he hears this, since the last time he was there, WWIII broke out. Pedro explains to Chantel that he doesn’t feel comfortable going, so he “no go,” as he would rather play video games.

Chantel’s rapper brother, River, is in the studio laying down some beatz and Chantel shows up to support him in hopes of patching up their relationship. Watching Chantel bop to the rhythm is so awkward, but not as awkward as watching brother and sister converse. River explains that he was just trying to stick up for her the night of the fight and Chantel hopes that he can one day get the apology he deserves and their relationship can get better. River still doesn’t believe that Pedro is in this marriage for love, but time will tell.

Chantel certainly dresses up for Thanksgiving Day! She leaves her husband home, as he does not feel part of her family. The family Chantel is disappointed to hear that Pedro is not coming. Things are uncomfortable, especially when Chantel’s dad asks her about her living situation/moving. They grill Chantel and her dad suggests that Pedro may be “taking steroids.” LOL. To further emphasize that she will take no more fighting at her dinner table, Chantel’s mom states, “You have to introduce Shockee,” and then proceeds to pull out a taser. She insinuates that this is what she will use if Pedro gets out of line in the future and that it’s all in the name of self-defense: “A new form of vitamin D that is not in milk!”

The next awkward topic of discussion is Pedro’s upcoming trip to the DR. Dumb Chantel tells her family that it’s strange that Pedro doesn’t want Chantel to go with him to the Dominican Republic and her mom calls that “mucho loco.” Something fishy is going on… I mean, why wouldn’t Pedro want his wife with him? Too many questions, not enough answers. Happy Thanksgiving! 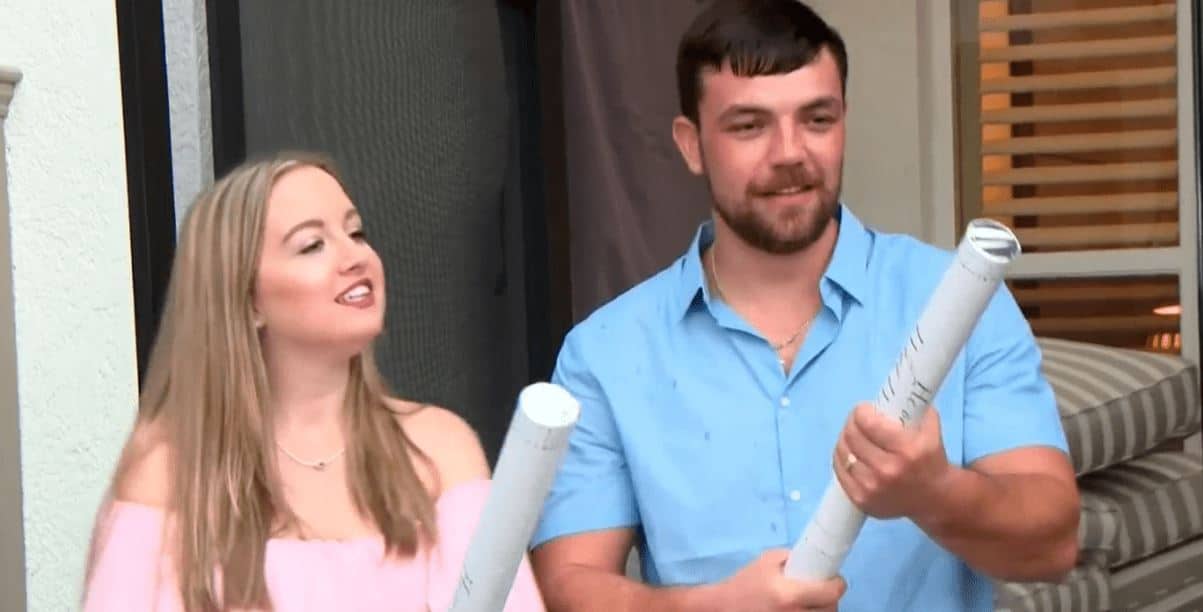 Today is the day that Elizabeth and Andrei will find out the gender of their baby. Andrei lumbers into the ultrasound room and states, “today is all about us.” The couple hears the heartbeat, sees the baby, and finds out that they are having a girl! Can you imagine Andrrrrrei as a father to a little girl?! That kid is not gonna be able to do anything!

It’s the day of Andrei and Elizabeth’s gender reveal party. Elizabeth’s family is setting up the event, but Andrei is not looking forward to celebrating with them. I’m unclear why Elizabeth’s nosey family is shocked they were not invited to the ultrasound, but I can understand why they are worried about the future of this baby, as Andrei is still unemployed. Once the family finds out the couple is expecting a girl, Andrei lets Elizabeth’s father know that he is going to “step it up.” He’s a man without a plan and it’s a bit concerning. 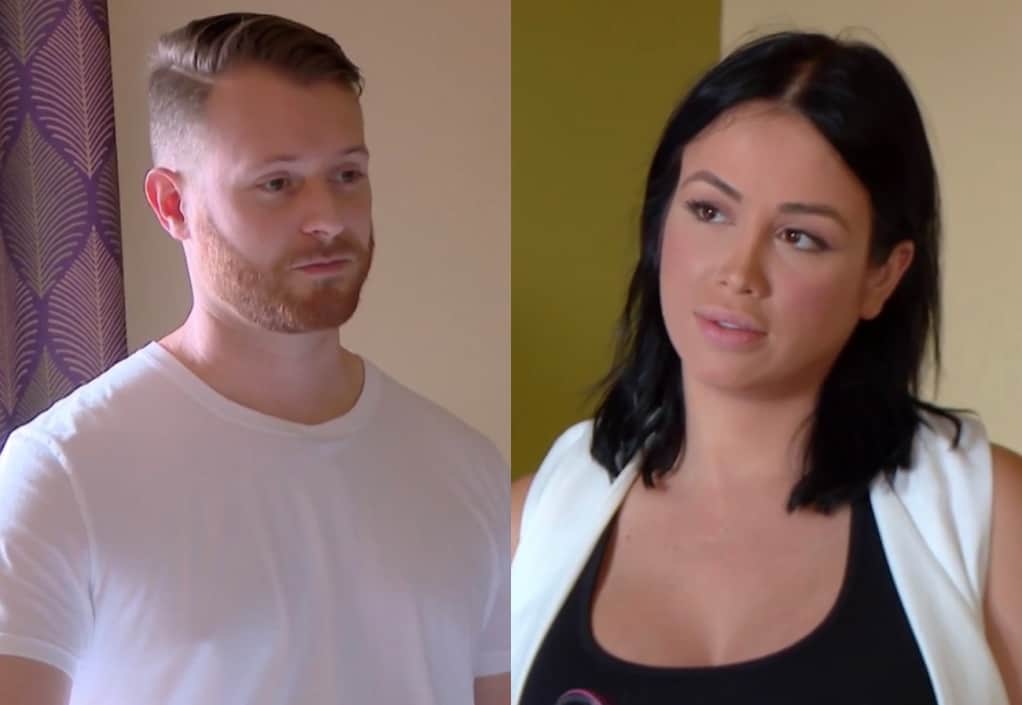 Before they head to Oklahoma for Pao’s baby shower, Russ and Pao drop their dog off to a dog sitter and discuss the upcoming trip. Paola feels a bit apprehensive about being around Russ’s family and hopes that she will be accepted this time around. It might be a little hard, as Pao has done body paint photo shoots before that rocks his conservative family’s little world. Russ wishes to put the past behind them before the baby comes.

Russ is beyond thrilled to be back in Oklahoma, but Pao has demanded they stay in a hotel, cuz she’s pregnant. When Russ lets Pao know that he isn’t staying for the baby shower, she is anxious. She should be, considering that Russ has a job opportunity in Oklahoma that he hasn’t told her about yet… 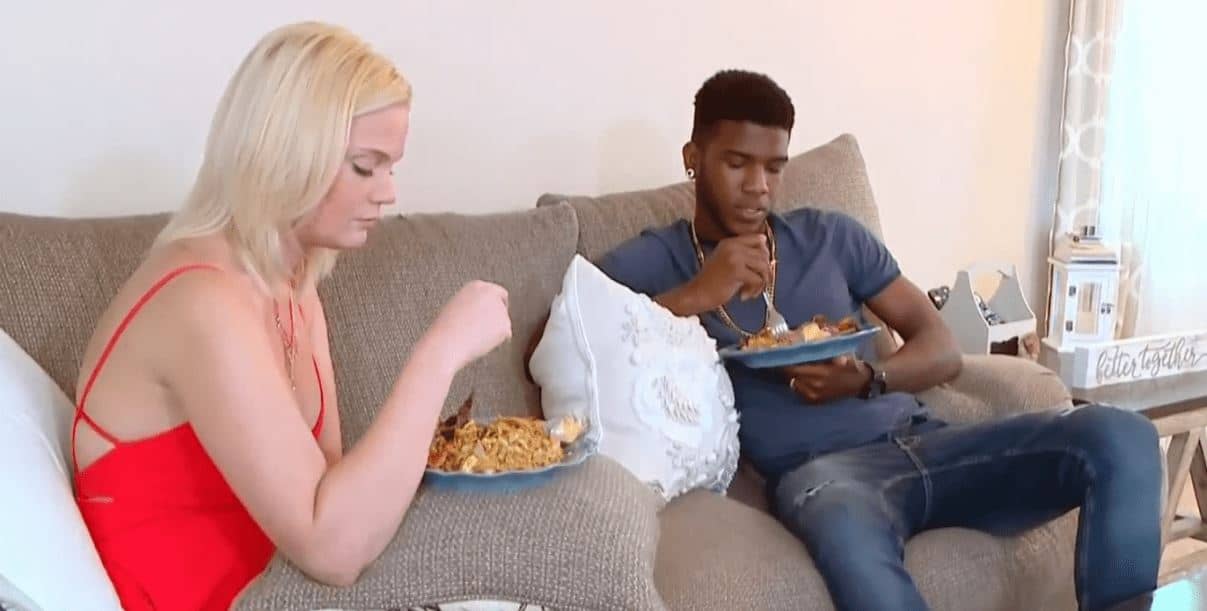 Jay decides that he needs to have a talk with the guys from the barbershop about his relationship with Ashley. Man, you know you really have no friends when you have to pay to get your hair cut for a therapy session. Jay comes clean and says he was “bored as hell,” downloaded a dating app, and justified it by stating it is in his genes. Jay pretends he went on the app to “meet friends,” but the reality is he was just straight cheating.

Jay can’t work because Ashley hasn’t filed the paperwork for his Green Card as a punishment of sorts. “I really need to move forward with my life” and he needs to figure out his immigration status, so Jay has decided to swoon Ashley with some Chinese food to prove he is a better person. Bribery at its best. Ashley lets Jay know that she isn’t processing or changing Jay’s status on his paperwork until she figures out what is going on with the marriage. Smart girl.