by Lauren Mills May 14, 2019 21 comments
ShareTweetWhatsappPinterestRedditTumblrMailFlipboard 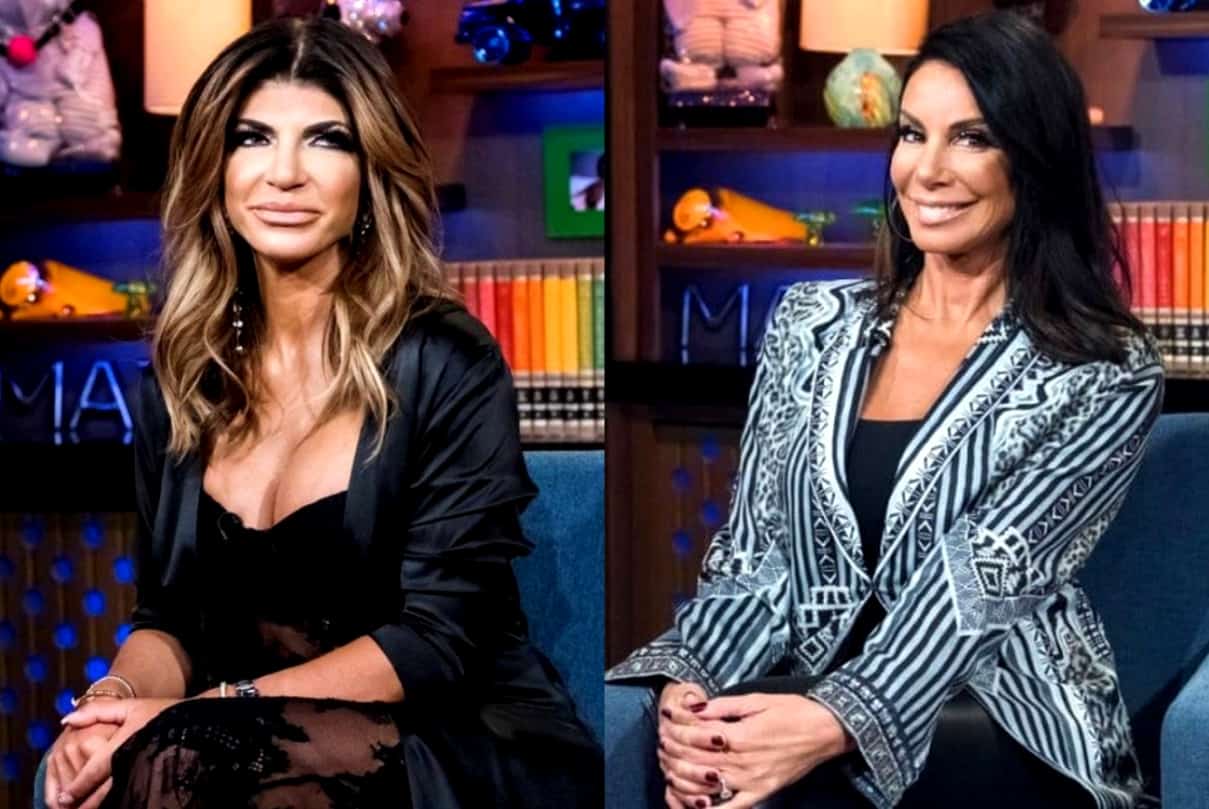 Teresa Giudice and Danielle Staub‘s friendship continues to grow stronger and this isn’t sitting well with their fellow The Real Housewives of New Jersey cast members. In fact, some believe that Teresa may be brainwashed by Danielle.

While filming the upcoming Season 10 of The Real Housewives of New Jersey, Teresa and Danielle have grown closer. The two, who had a public falling out, have been rebuilding their friendship once again after Teresa issued an apology to both Danielle and her children. However, their friendship isn’t sitting well with some of the other ladies, especially when Teresa is left defending Danielle.

“Teresa recently met up with Danielle alone near Teresa’s home and Teresa was honest with her and let her know that the other women have been saying not the nicest of things about her,” a source told Hollywood Life about their growing friendship.

Melissa Gorga was reportedly stunned to see how vehemently Teresa was defending Danielle when Teresa threw a glass of water while talking with Jennifer Aydin during her recent fashion show. Teresa reportedly threw the water to make a point, while defending Danielle over events that happened last season, including the fight between Danielle and Margaret Josephs.

“Teresa feels like Danielle really needs to be defended which is why things got so heated at the Envy Fashion Show,” the source revealed about the incident. “It’s a huge premise of drama this season — The tension with Danielle.”

The source explains that Teresa doesn’t see the point in the other ladies badmouthing Danielle when she’s not around to defend herself. Danielle wasn’t invited to the fashion show.

“Teresa felt like she should tell her everything. They say some pretty harsh things about her and the only one who really likes her is Teresa. A lot of them have even unfollowed her on social media. Danielle‘s feelings are pretty hurt as Danielle is a sensitive girl,” the source explains.

The fact that Teresa is telling Danielle what the other ladies are saying about her will surely create plenty of drama for Season 10 of the RHONJ. And yet, Teresa’s cast members reportedly feel that Danielle is the one to blame for the drama.

“The other ladies feel Danielle causes drama and is essentially brainwashing Teresa,” the source continued to the site. “They also feel like since she isn’t a full-time housewife anymore that she shouldn’t be coming around as much. It’s really driven a giant wedge in the cast, however, it’s making for great TV for the upcoming season.”