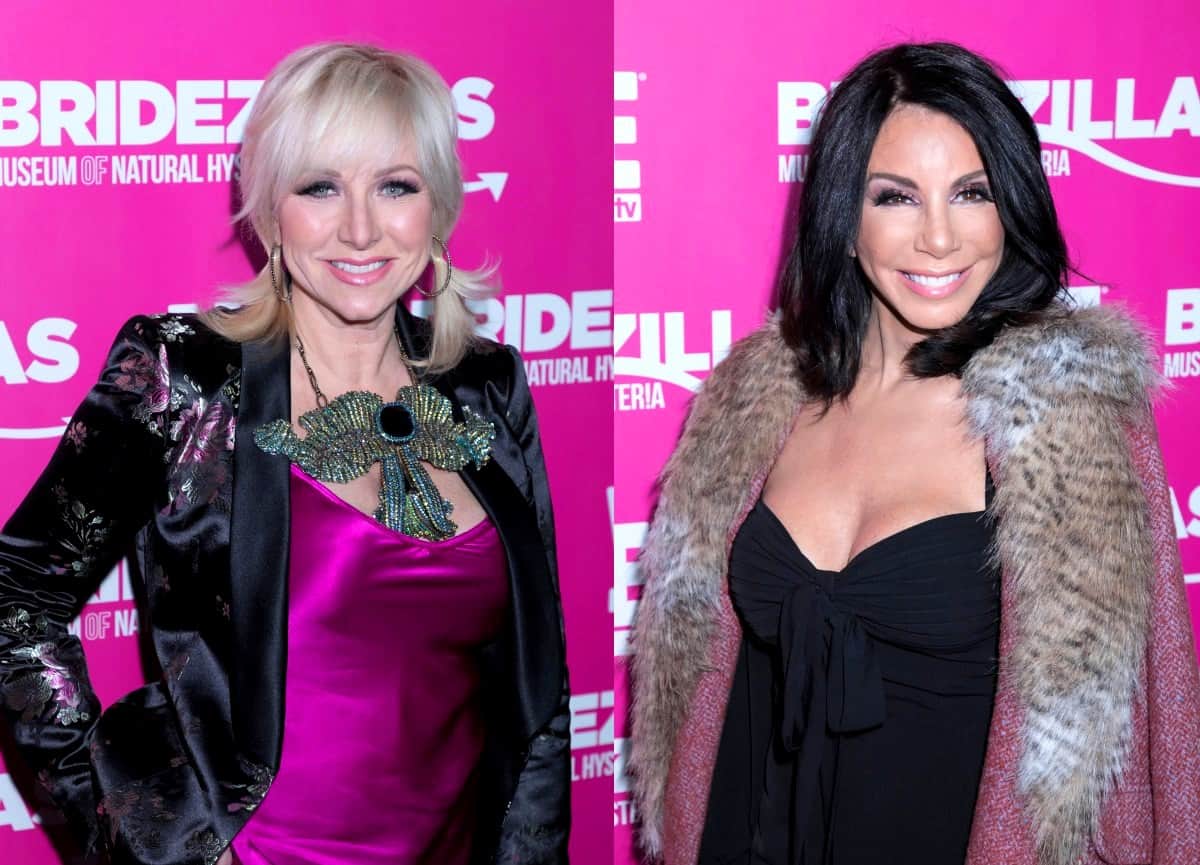 Margaret Josephs‘ one-time friend and The Real Housewives of New Jersey co-star, Danielle Staub, recently revealed the two of them are no longer on good terms — and won’t be anytime soon. In a new interview, Danielle slammed Margaret, calling her an “evil b***h.”

“I think with Margaret, she’s not my kind of girl, so I don’t see a future with that,” Danielle told Us Weekly. “I was there when she needed me when she was new to the circle, and when I was working on getting myself married this season and all the drama a bride-to-be has, you lean on your friends and your bridesmaids; she’s not a girl’s girl.”

Danielle married husband Marty Caffrey in May but began to face marital turmoil in July. Then, months later, Danielle was served with divorce papers.

Although Danielle said she was upset about the end of her friendship with Margaret “at first,” she has since had a change of heart.

“[I] realized it was the greatest gift God could have ever given me [because] I don’t have to listen to her all day, every day. She’s got somebody else to complain to, and she’ll move on from them too,” Danielle reasoned. “I think she’s 100 percent phony. She doesn’t have anything, she doesn’t bring anything, except for a loud mouth. I think she’s probably three seconds away from being an evil b***h. There you go!”

While Danielle has no interest in a reconciliation with Margaret, she added that she does not wish any ill will on her co-star.

In other Margaret news, she recently revealed she won’t be joining the faux fur craze currently happening in Hollywood.

Although many frown upon those who choose to wear fur, the RHONJ star confirmed during a recent event that nothing will come between her and her extensive collection of furs.

“One item from my closet that I will never give up, I hate to say it, is my vintage furs and muffs,” Margaret said during Page Six‘s Style launch party at Barneys New York last Thursday. “The little collars I wear and everything, they’re grandfathered in — nobody gets pissed off at me, but I’m not giving it up.”

“You can throw it over freakin’ pajamas and look fabulous,” she added.