by Lindsay Cronin May 7, 2019 21 comments
ShareTweetWhatsappPinterestRedditTumblrMailFlipboard 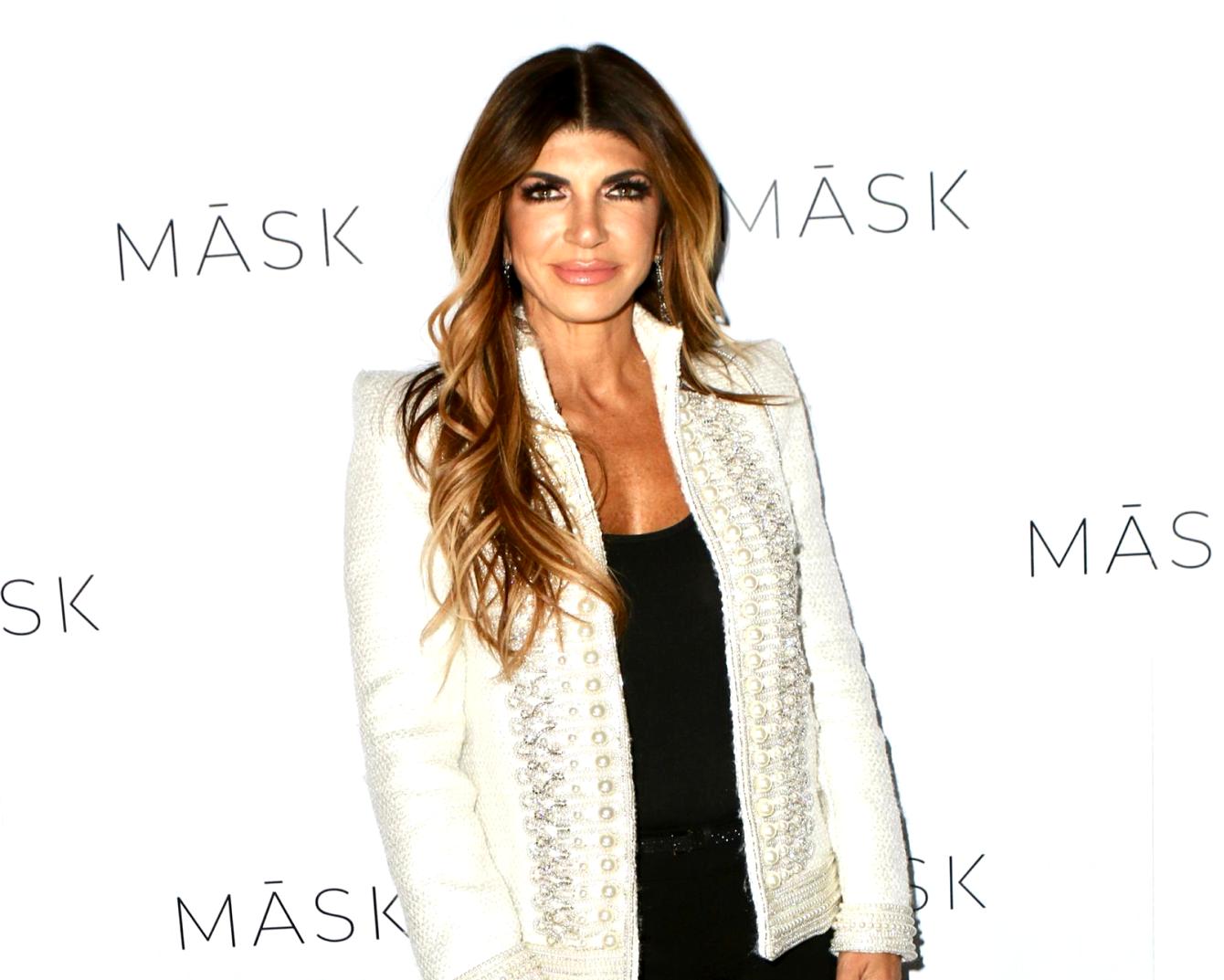 Teresa Giudice reportedly threw a glass of red wine at one of her co-stars during a recent filming session for The Real Housewives of New Jersey season 10.

According to a new report, the reality star and mother of four became upset while attending sister-in-law Melissa Gorga‘s fashion show over the weekend and actually came to blows with one of the other women who was attending the event.

On May 5, a Real Housewives fan page on Instagram shared a photo of Teresa standing with Jennifer Aydin just after throwing the beverage at her unnamed co-star and in the caption, they reported Teresa had thrown a “glass of water” before updating their story to reflect that she actually threw “a glass of red wine.”

“Any guesses as to who was on the receiving end?” the outlet questioned.

In another photo shared on the fan page’s Instagram Stories, the mess from the encounter was seen.

“Oop! Teresa really did break a glass at Melissa’s fashion show,” the page wrote in the photo’s caption, also stating that the red fluid seen on the floor “is red wine, not blood (I think).” 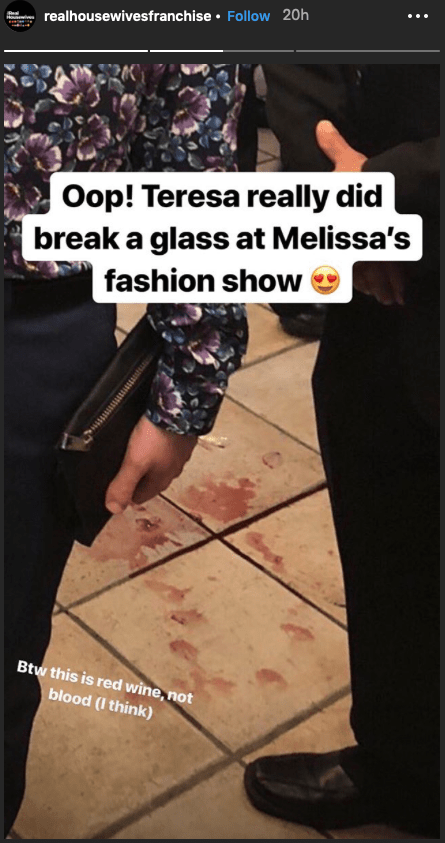 As for who it was that Teresa’s anger was targeting, fans seemed to think it was Teresa’s season nine nemesis, Jackie Goldschneider, who joined the show last year.

“Jackie based on what we know. But I hope not!” another said. “I’m liking Jackie way more than Teresa! Teresa’s behavior has been appalling!”

“Probably Jackie, but I wish it was Jennifer,” added a third.

While a lot of people seemed to think it was Jackie who was victimized by Teresa, others were more concerned about the ordeal itself and slammed Teresa for her behavior.

“It’s called assault! I guess her time in jail taught her nothing!” one critic wrote.

“What about her probation?” another asked.

“Thug life!” someone else joked.