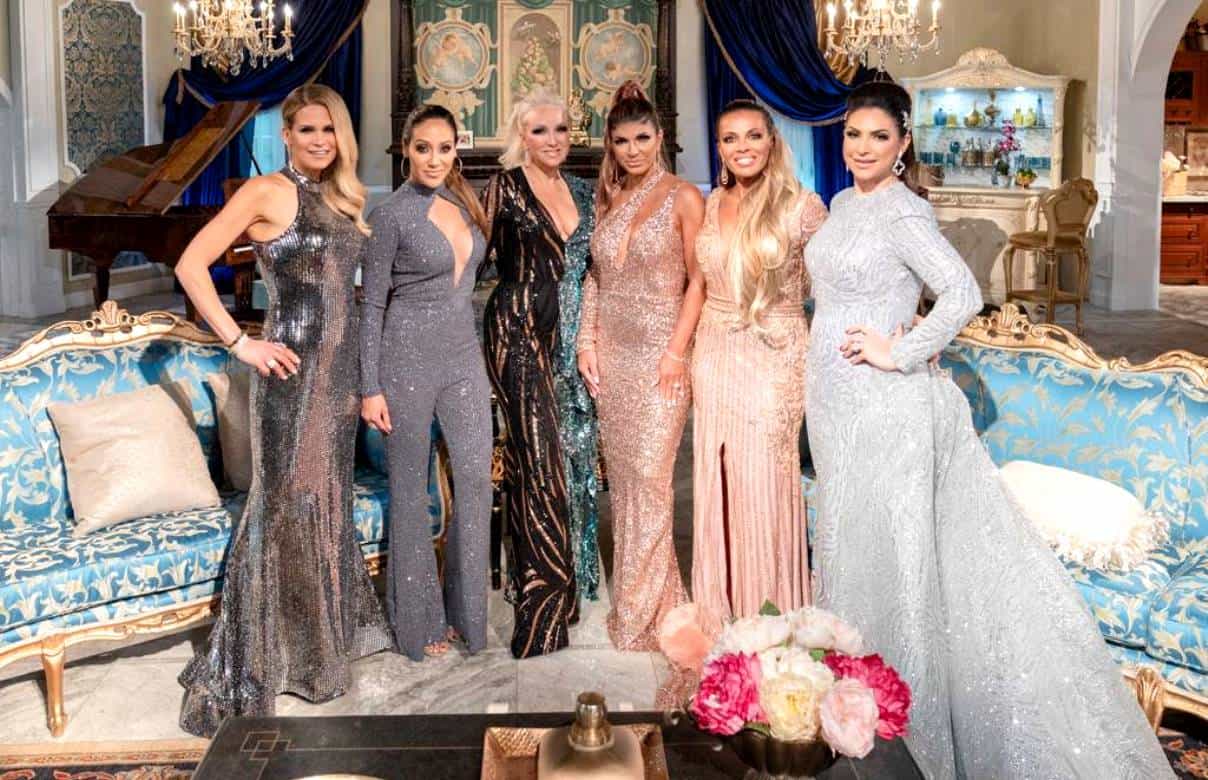 The Real Housewives of New Jersey season nine reunion trailer is here, ahead of tonight’s finale episode, and it is beyond explosive!

In the video sneak peek, just released by Bravo, it is clearly the Teresa Giudice show as she can be seen getting into it with her sister-in-law Melissa Gorga, and Jackie Goldschneider.

In a back and forth with Melissa, Teresa appears to call her a “b**ch” as they rehash their tension from the current season.

“You want family? You treat me with respect or you get no family,” Melissa fires right back.

“I lose brain cells talking to you,” says Jackie.

“That’s why you don’t even talk to your own sister, white trash b**ch,” says Teresa. “She’s a stalker!”

Later, we see a preview of a dramatic showdown between Teresa and Jackie, amid their ongoing feud.

The ‘stalker’ claim comes after fans of the show uncovered photos of Jackie attending a Teresa book signing years ago, before she joined the cast of the RHONJ.

The tension between both women gets even more heated as Teresa threatens Jackie.

“You’re not going to win a war of words with me,” Jackie responds to Teresa.

“Really b**ch? You want to make a bet?” asks Teresa as she picks up her notes and tries to lunge it at Jackie.

The other cast members will be shown having it out as well, with Jennifer Aydin calling Margaret Josephs a “homewrecker,” while Margaret tells Danielle Staub that her soul is “black.”

HAS JACKIE BEEN FIRED FROM THE RHONJ?

The husbands will also be featured at the reunion, including Joe Gorga and Dolores Catania’s ex-husband Frank Catania.

And finally, Teresa is seen breaking down as host Andy Cohen asks her if she plans to go her “separate ways” from husband Joe Giudice if he ends up losing his appeal to stop his ordered deportation.

The RHONJ season nine finale airs tonight at 9/8c, while the three-part reunion will begin airing next Wednesday, February 20, at 9/8c on Bravo.

TELL US – THOUGHTS ON THE EXPLOSIVE RHONJ REUNION TRAILER?