Home Featured Posts VIDEO: RHONJ’s Teresa Giudice Explodes On Jackie Goldschneider for Bringing Up Joe’s Prison Stint: “Who the F–k Does This B–ch Think She Is?”

VIDEO: RHONJ’s Teresa Giudice Explodes On Jackie Goldschneider for Bringing Up Joe’s Prison Stint: “Who the F–k Does This B–ch Think She Is?” 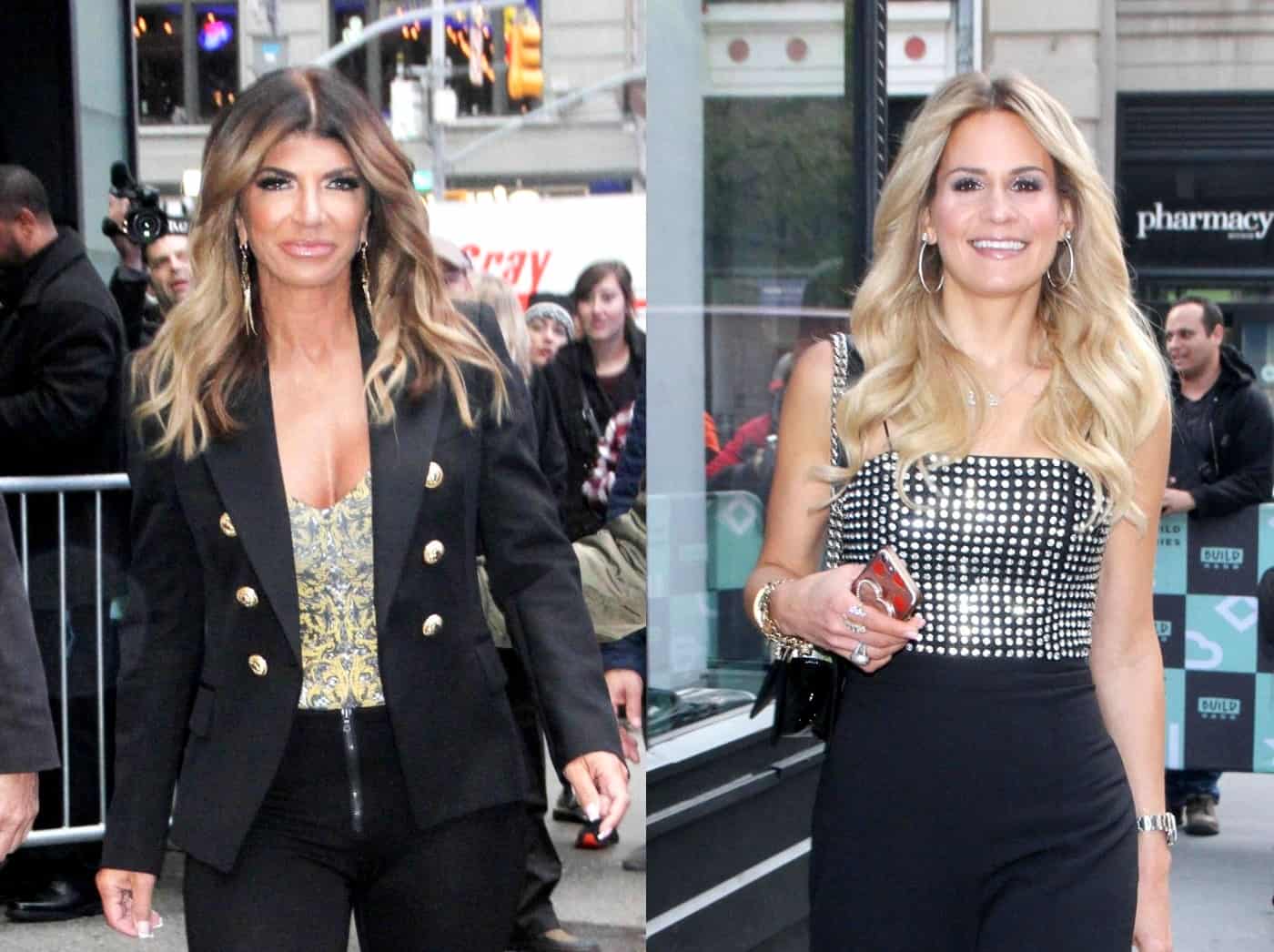 Jackie Goldschneider might be a newbie on The Real Housewives of New Jersey, but that isn’t keeping her from going after the show’s star, Teresa Giudice.

In a sneak preview of tonight’s episode, all hell breaks loose as Teresa explodes on Jackie after she brings up Teresa’s husband Joe Giudice and his 41-month prison sentence.

The drama began as Teresa fought with her sister-in-law, Melissa Gorga, over her belief that her brother (Melissa’s husband), Joe Gorga, wasn’t spending enough time with their father, Giacinto Gorga, who is not in good health.

“I don’t wanna be told how to convey something to my husband,” snapped Melissa. “My marriage is strong. It’s good for a f—king reason. We talk. And that’s it! Nobody tells me how to speak to my husband. Not my sister-in-law. Not my mother. No one!”

Melissa wasn’t getting anywhere by talking to Teresa, and that prompted Jackie to jump in and try to defend her. Jackie brings up Joe’s prison sentence which angers Teresa.

Jackie asks Teresa if she really thinks that Melissa can control her husband’s emotions, and then adds, “I’m sorry. With all due respect, do you really feel like your husband would be in jail right now if you could control what he did?”

The RHONJ cast looked shocked after Jackie’s question because they know that Teresa does not like to talk about prison. She even refers to her own 11-month prison stint as being “away at camp.”

Teresa angrily responded to Jackie by asking why she would bring up Joe and where he is.

“Why are you bringing up my husband and where he is?” Teresa angrily responded, adding in her talking head: “How dare she throw it in my face that my husband’s away. Who the f–k does this b–ch think she is?”

Jackie however refuses to back down, and immediately snapped back by asking why Teresa would bring up Melissa’s husband.

The two women then got into a screaming war of words, and Jackie insisted that she was simply trying to make a point about a wife controlling her husband’s emotions.

In October, an immigration judge ordered Joe’s deportation to Italy upon the completion of his prison sentence next spring. The family is appealing the decision, and Melissa has recently stated that nothing is set in stone. So, they remain hopeful that Joe will be able to stay in the United States.

Fans can watch the fight between Jackie and Teresa when a new episode of the Real Housewives of New Jersey airs tonight on Bravo at 9/8c.