Home Real Housewives of New Jersey News PHOTO: The RHONJ Reunion Secrets Revealed! Described as ‘Most Aggressive’ Yet, Plus See the First Pic of Cast at Reunion

PHOTO: The RHONJ Reunion Secrets Revealed! Described as ‘Most Aggressive’ Yet, Plus See the First Pic of Cast at Reunion 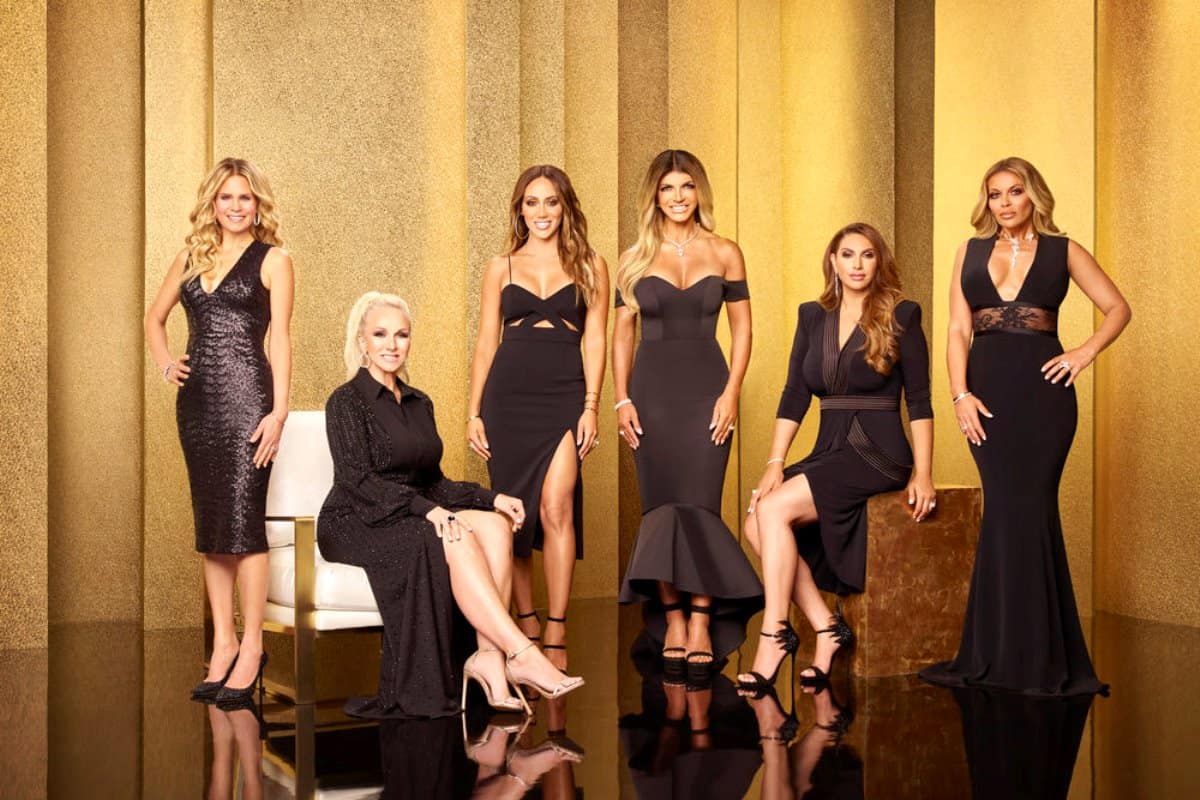 The Real Housewives of New Jersey season nine reunion is being labeled as the most “aggressive” reunion to date.

According to a new report, the ladies reunited on Thursday to rehash the hard-hitting issues of the season and during production, Teresa Giudice reportedly went head-to-head with a new cast member Jacqueline Goldschneider.

During a recent episode of the RHONJ, Jackie took aim at Teresa’s husband, Joe Giudice, by mentioning his prison sentence during a conversation about Melissa Gorga. Although the ladies seemingly made amends during a coffee date on a later episode, the report revealed their reconciliation didn’t stick.

Among the issues discussed was the recent sharing of an old photo of Jackie attending one of Teresa’s book signings.

“The picture that came out on social media of Jackie at Teresa’s book signing was a big conversation,” the insider said, adding that the ladies of the show believed Jackie’s past life as a fan of the series may have “tainted” her thoughts about joining the show.

Jackie was also the center of attention when the topic of her parenting article about Jennifer Aydin‘s kids was brought up. That said, Jackie wasn’t the only one who faced the wrath of their co-stars.

“There was a lot of fighting,” the source explained.

In addition to Jackie’s drama, Teresa and Melissa were involved in a spat and Danielle Staub and Margaret Josephs discussed the end of their friendship.

Margaret also argued with Jennifer but the insider didn’t reveal why.

On Thursday, Housewives Addicted shared the photo below of the reunion. 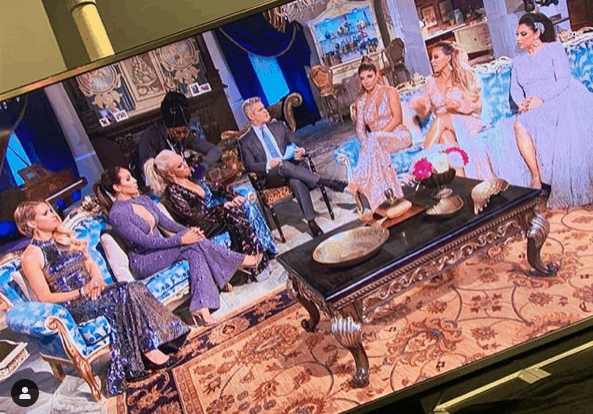 The RHONJ Cast at Season 9 Reunion

A diagram of the seating chart was also shared, revealing that Margaret and Teresa were seated closest to host Andy Cohen while newbies Jackie and Jennifer were seated farthest from him.