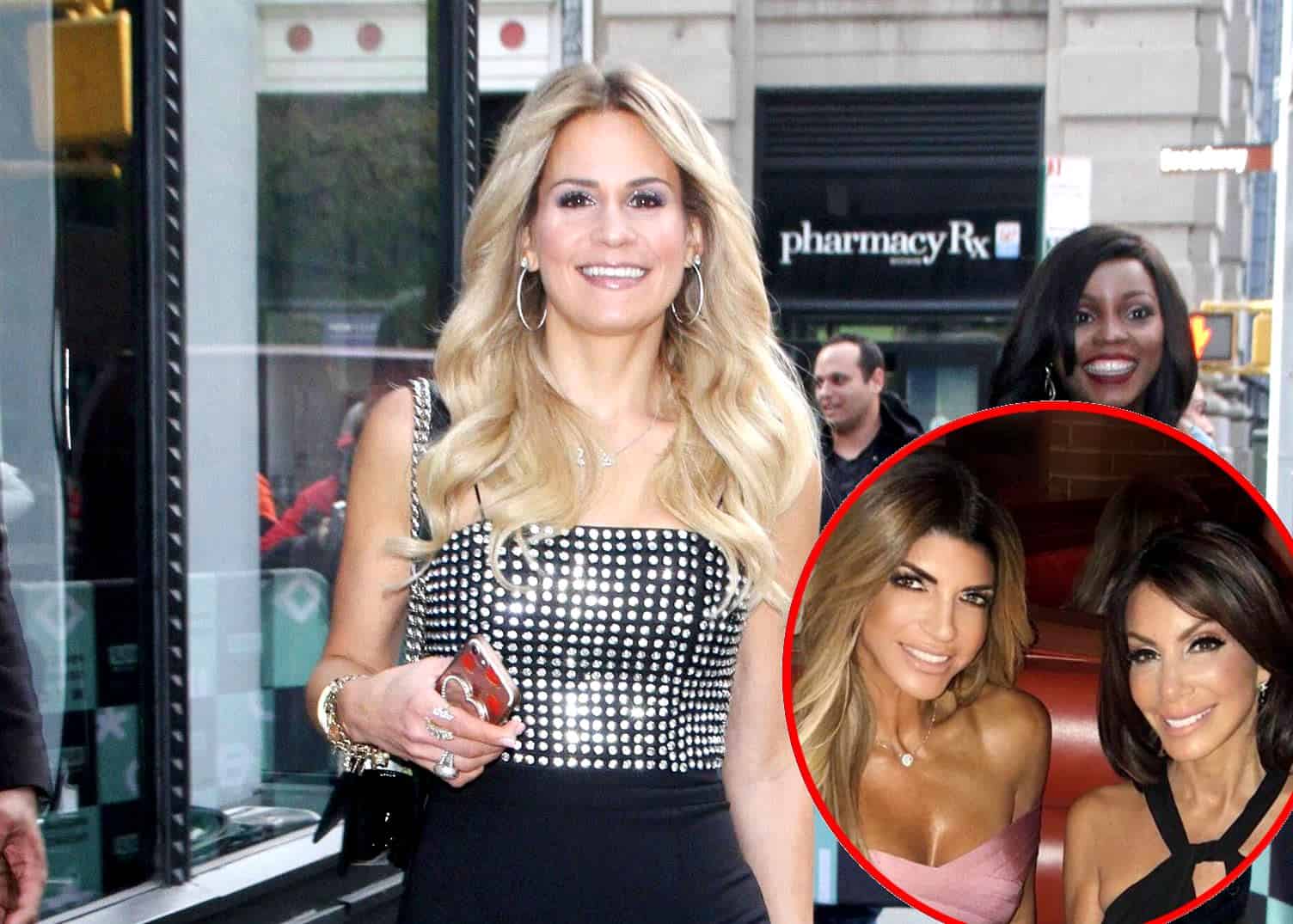 Jackie Goldschneider spoke about a number of Real Housewives of New Jersey hot topics during a recent appearance on The Domenick Nati Show.

As Jackie continues to face backlash from her co-star Jennifer Aydin due to an article she wrote about spoiled children, Jackie opened up about the piece, her thoughts on Danielle Staub‘s restraining order, and her drama with Teresa Giudice plus the recent infidelity rumors plaguing Teresa.

Speaking of the restraining order Danielle recently requested against her estranged husband, Marty Caffrey, Jackie admitted to having doubts about what led up to the filing. As she explained to Domenick, Danielle has been known to be delusional in the past.

“If a woman feels physically threatened by a man, I think they should definitely get a restraining order but I have no idea if he did any of those things,” she said. “I do know that Danielle runs her mouth and makes things up but I’m not saying that she made up him being violent with her… Danielle sometimes, you know, things exist in Danielle’s head that don’t really happen in the real world. I don’t know what’s true or not so I’ll just leave that between them.”

Jackie then said the only way she’d set Danielle up with one of her male friends would be if she was trying to “punish them” for something.

Throughout her debut season on The Real Housewives of New Jersey, Jackie has been at odds with series vet Teresa and recently, she was seen taking aim at Teresa’s husband, Joe Giudice, and his current incarceration by suggesting he wouldn’t be behind bars if Teresa had better controlled his behavior.

While Jackie and Teresa aren’t in a good place, Jackie doesn’t believe the rumors swirling that suggest Teresa was recently caught with a mystery man.

“To my knowledge, no way. No way!” she said when asked about Teresa’s alleged New Year’s Eve encounter. “It said she was in Miami but I don’t think she was in Miami. She was in Jamaica, right?” (Teresa visited both Jamaica and Miami by the way).

As the second half of The Real Housewives of New Jersey season nine continues to air, Jackie revealed she’s had to learn to ignore much of what her critics have been saying to her on social media.

“It’s very funny because the people, if they are like on Team Teresa, they’ll start off telling me like, ‘You were so wrong to go into Jennifer’s house and, and you have ugly lips.’ And they move in different directions. It veers into this area where I’m like, ‘What the f**k.’ People are just crazy,” Jackie noted. “You can’t please everybody. So I’m trying to ignore the really viscous comments. People will get on you for anything.”

Jackie also explained the controversial article she wrote which some felt was a shot at her castmate Jennifer.

“I never called anybody’s children spoiled… I didn’t ever do that,” Jackie explained of her article, which was rumored to be inspired by Jennifer. “The house that I was describing at the beginning could have been anybody’s house but yes, it was Jennifer Aydin’s house. But her children are definitely not spoiled, which is why I wrote the article.”