by Lauren Mills May 29, 2019 75 comments
ShareTweetWhatsappPinterestRedditTumblrMailFlipboard 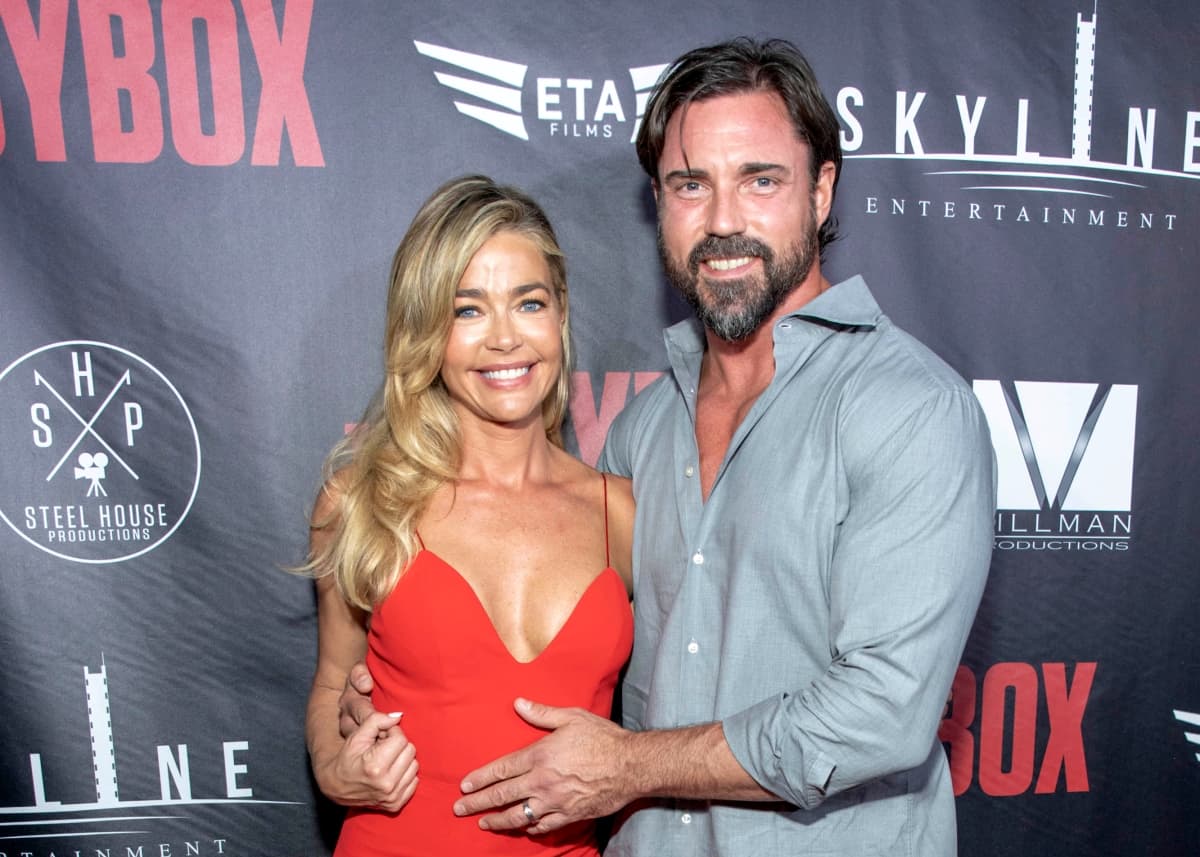 Aaron Phypers is not happy about some of the comments his wife, Denise Richards, has made about him on this season of The Real Housewives of Beverly Hills.

In a recent interview, Denise revealed that her husband wasn’t too thrilled with her openness about their lives, adding that a few things she has said on the show have caused Aaron to question her about speaking out about their relationship.

“Well, let me just say, there have been a few things that I’ve said that [Aaron’s] been like, ‘Why did you say that, baby?’ And I’m like, ‘I know, I’m sorry,’” Denise explained to US Weekly. “But he knows me and he shakes his head and he loves me for that too and, you know, I’m a very honest person.”

Throughout this season, Denise has repeatedly talked about Aaron’s private parts, describing it as enormous. She has also talked about how she had a “happy ending” massage and how she encouraged him to have the same.

Denise had also told Lisa Vanderpump and Kyle Richards that she just wanted to have sex with him when they first met. Her comments have resulted in dirty jokes from other housewives, including Bethenny Frankel.

Denise’ children have also watched a few episodes and she had to tell them that the show is scripted even though it isn’t. As she points out, she has concerns because she wants to be herself but she wants to respect her kids.

“I feel like it’s funny, you wouldn’t know this by watching the Housewives, but there’s a giant part of me that is really old-fashioned and, you know, I want my kids to grow up with consequences and not be entitled and know right from wrong, and there’s a difference in being a child and an adult,” Denise points out.

“When you’re an adult, make your own, and that’s where yes, if I said things and done things, absolutely, but I’m a grown woman, you know? When they’re grown-ups, they can do that. I hope they won’t but they can. I feel like a hypocrite saying that but it’s true. You always want better for your kids.”