Is Denise Richards’ Oversharing About Husband Aaron Phypers On RHOBH Causing Tension In Her Marriage? 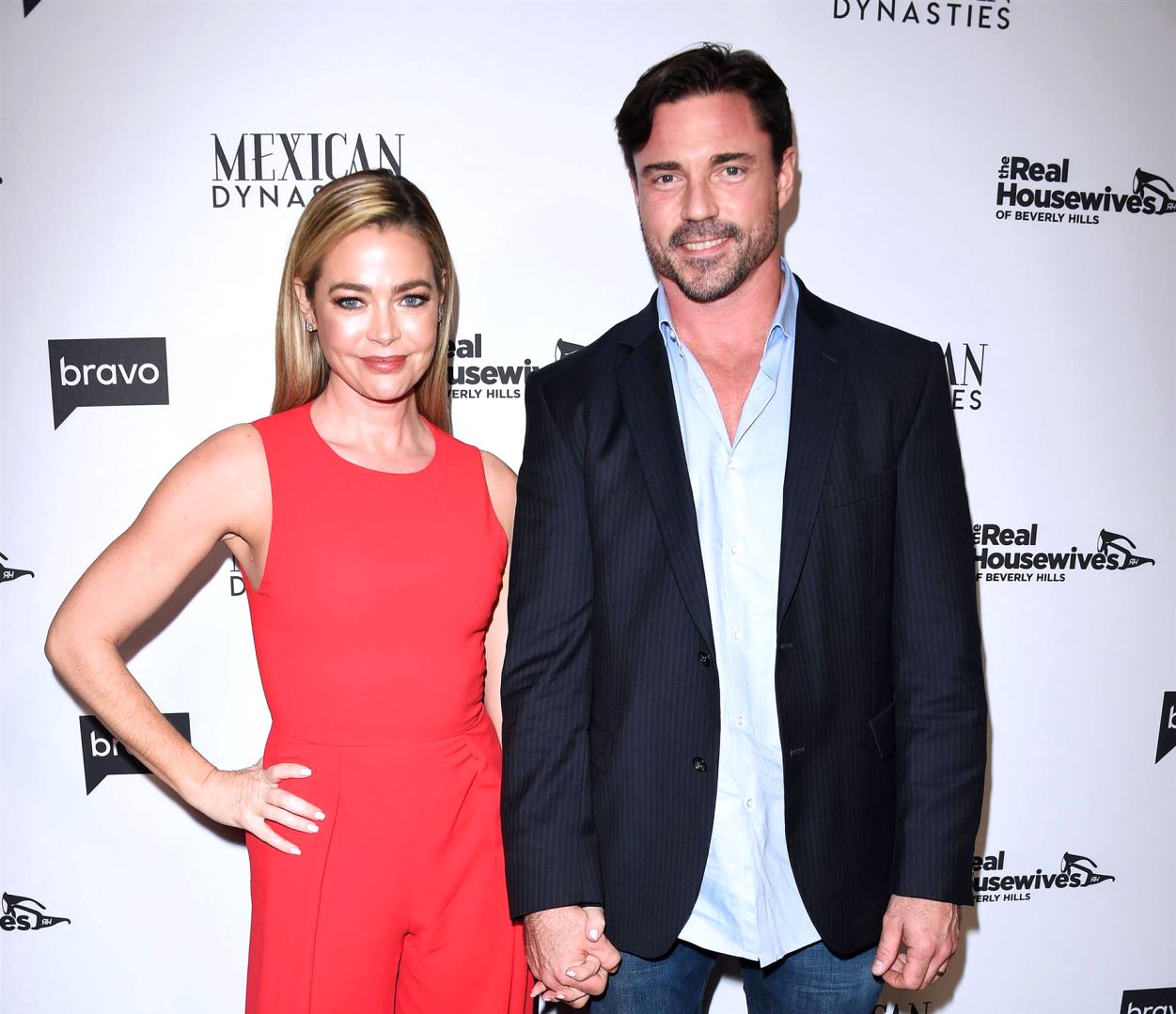 According to an insider, the newlyweds have been facing “tense times” due to the way in which Denise has been speaking about Aaron and their marriage on recent episodes of The Real Housewives of Beverly Hills.

“Aaron doesn’t care about Denise being on Housewives if she’s talking about herself, but he hates when he’s dragged into it,” the insider explained to OK! Magazine in their latest issue.

While Denise “doesn’t see any harm” in dishing about their personal life, and the size of her husband’s manhood, Aaron isn’t too keen about her on-screen candidness and has been begging the actress to pump the brakes.

“She’s been in the business for a long time and she’s used to people knowing everything about her but Aaron is more hush-hush, so it bothers him,” the source explained.

During recent episodes of The Real Housewives of Beverly Hills, Denise shared racy details about the way in which her romance with Aaron began nearly two years ago and also told Lisa Vanderpump and Kyle Richards that she was impressed with the size of his penis.

“I had already opened my mouth…I couldn’t take it back,” she later said of the X-rated comment. “I just ignored him squeezing my knee under the table.”

Although Denise’s comment was certainly complimentary, Aaron reportedly prefers to be left out of the banter between Denise and her co-stars.

“This isn’t what he signed up for,” the insider stated. “Aaron made it clear she has to stop revealing intimate details, and if she can’t do that, she needs to figure out what’s more important: her husband or her reality TV career.”