Home Real Housewives of Beverly Hills News The Reason Lisa Vanderpump’s Scenes Were Cut From the RHOBH is Revealed, Plus Find Out How the Cast Feels About it as Lisa’s Reportedly “Quite Upset”

The Reason Lisa Vanderpump’s Scenes Were Cut From the RHOBH is Revealed, Plus Find Out How the Cast Feels About it as Lisa’s Reportedly “Quite Upset” 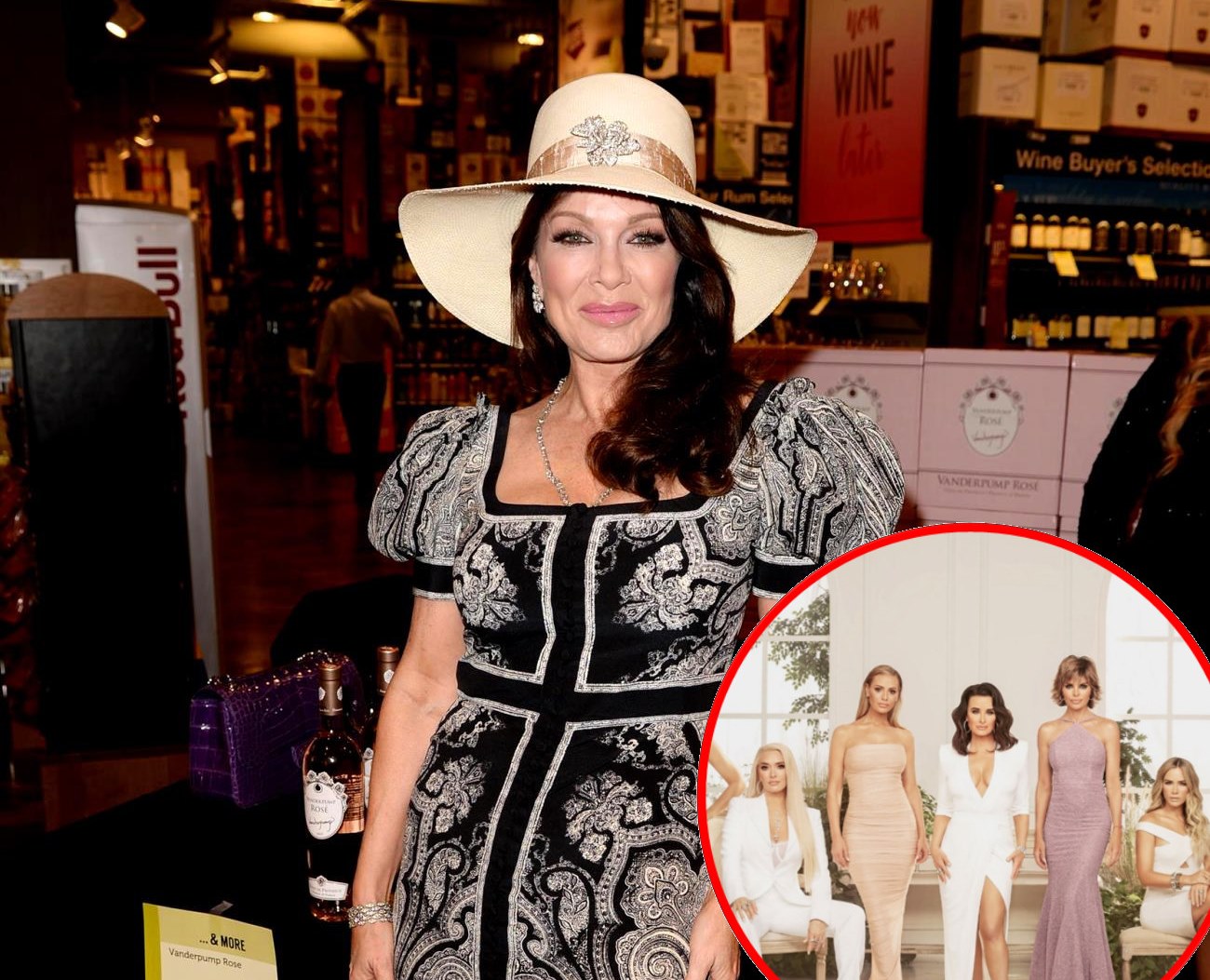 A new report is revealing why Lisa Vanderpump’s scenes were cut from the Real Housewives of Beverly Hills, as sources claim Lisa’s “quite upset” over it. Also below, find out how her castmates are feeling about her scenes being edited out.

Last week, Lisa confirmed viewers would not be seeing her for the majority of the remainder of season nine as she stated most of the solo scenes she filmed had been cut by the show’s producers.

And now, Hollywood Life is revealing why Lisa feels “hurt” over her scenes being left out.

“Lisa is extremely hurt that several scenes that she filmed for RHOBH have been cut because it’s all about her philanthropy work which she loves to proudly show off,” an insider close to the cast told the outlet. “She feels that since there’s no drama, they got cut, but she wants to show off that side of her life and is really disappointed that those scenes got cut because that’s a big part of her life as a real housewife.”

As for the reason Lisa’s scenes were edited out, the source stated that it simply didn’t flow with the overall vibe of the show.

“She was flat out refusing to film with the other ladies at events even though she was asked to several times, so the footage doesn’t really flow with the storylines which is why the cut happened,” the source continued.

As for Lisa’s castmates, they are reportedly glad that she is facing consequences for refusing to film with them.

“The other ladies are happy it’s not airing because she wasn’t being a team player. They feel they go to things constantly they don’t want to and that she should be held accountable for not choosing to participate,” added the source. “They are still all hoping she will show at the reunion. They’d really love to talk with her in a calm manner and open to repair should she apologize but everyone’s still being kept in the dark about her attendance.”

When it comes to the upcoming season nine reunion, which is scheduled to film on June 5, Lisa is now reportedly leaning towards not attending after her scenes were left on the cutting room floor.

DORIT KEMSLEY REVEALS WHY SHE’S UNHAPPY WITH THE RHOBH!

“If she doesn’t show to the reunion, this could be a big reason as to why,” said the source. “She’s quite upset over it.”

Last Wednesday, Lisa told her fans that most of the philanthropic scenes she filmed had been cut although she added that she might be shown, at the opening of her Las Vegas restaurant, during the season finale episode.

“Maybe Caesars on the last one … They cut out all my scenes, it was all philanthropic. #route 91 strong …Trevor project PSA .. Indian party etc,” Lisa tweeted on May 29. 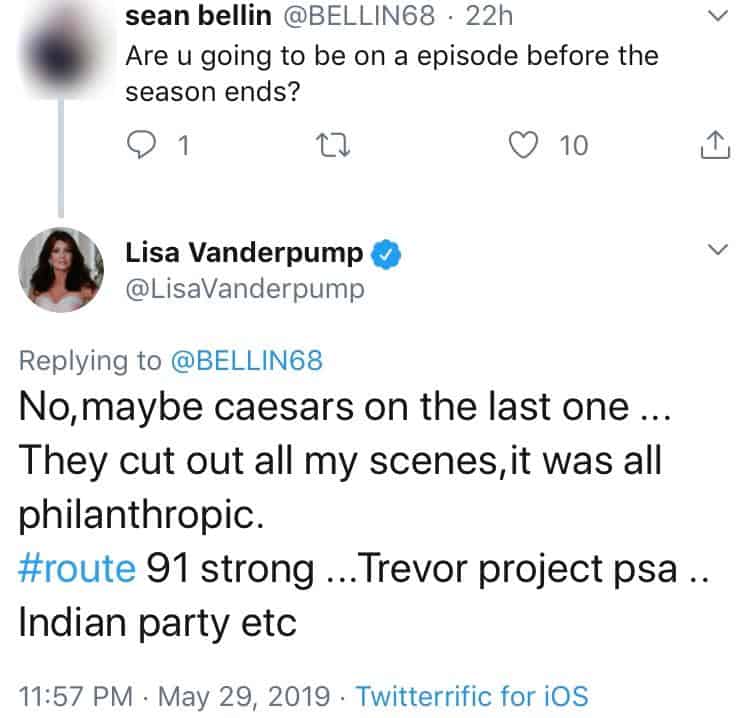 TELL US – SHOULD LISA SHOW UP TO THE RHOBH REUNION?