Southern Charm Recap: Kathryn Gets Called Out for Going MIA and for “Foolish” Actions 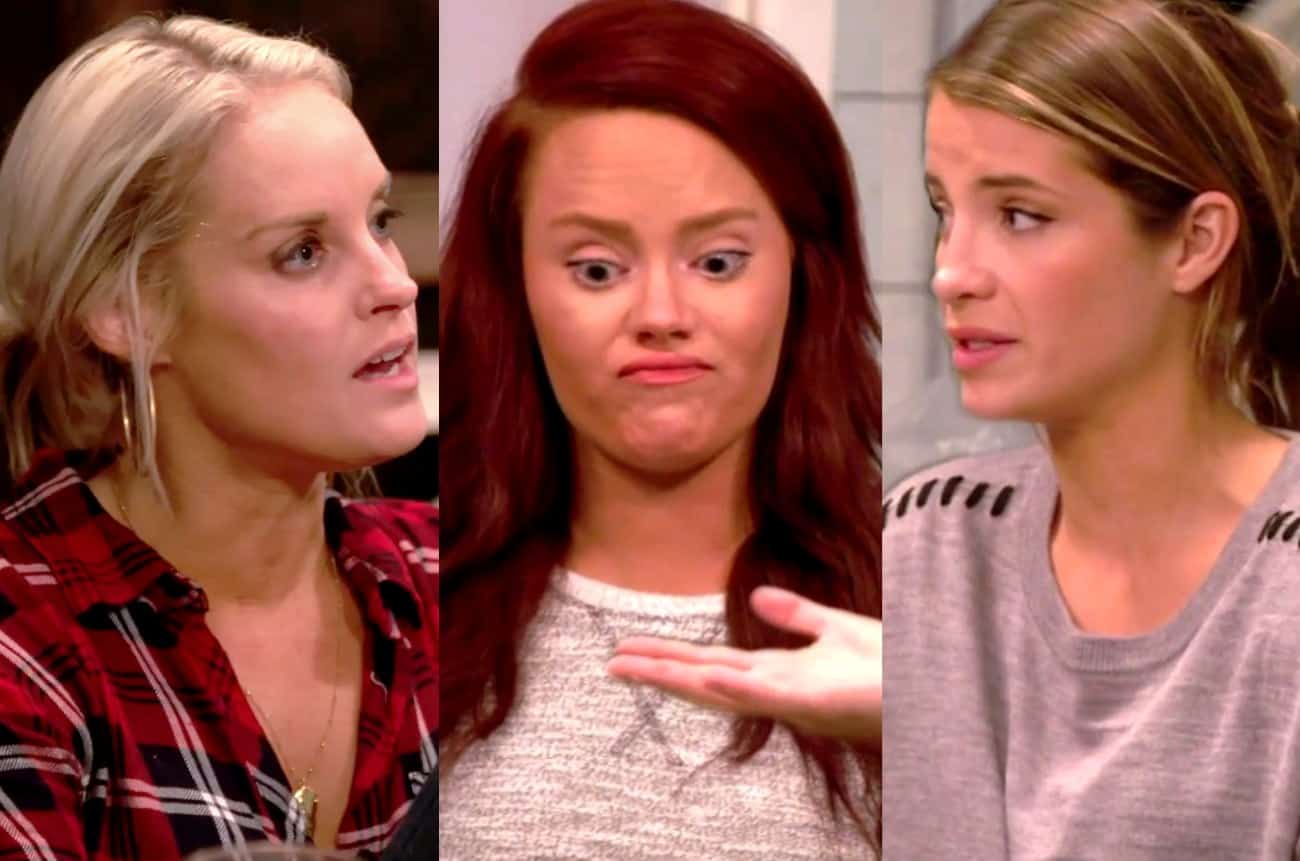 Kathryn goes MIA and gets called out for her lack of accountability on this episode of  Southern Charm.

Austen, oh Austen. The guy is reeling from part heartache, part hangover. Craig saves the day by bringing over some food and the dudes talk about the Madison situation. Austen is wondering if he blew the whole thing out of proportion (97 shots with Shep and Craig would do that to you), but when Craig refers to Madison as a “man-eater,” Austen agrees.

Austen feels cheated (lol) out of the relationship, but makes it clear that it’s over. You can totally tell that Craig is thrilled to have another single friend to drink and share advice with. When Austen tells Craig he is still sad over the debacle, Craig lets Austen know, “You should just watch Frozen, that’s what I do when I’m sad.” You can’t even make it up.

Shep visits Chelsea at the salon for a fresh cut. Why is Chelsea wearing so many puka shells? I am barely able to get around that jewelry choice to listen to Shep gossip about Austen and Madison. Chelsea doesn’t wanna hear it: “He’s so upset about a message on Instagram,” yet Austen went ahead and had a threesome in the past. She blurts out that Austen should “Do better, then you’ll find better.” Chelsea further shares that Madison has some screenshots where Austen has talked smack about Chelsea, which is super strange considering Austen is talking about his ex to his then girlfriend. Man, this guy is a hot mess.

Over at  Cameran‘s house, momma duty calls. Cam is honest and lets us know that she is “drowning” being home with her baby. She realizes that she sounds like a terrible mother, but I appreciate her truth-telling. I mean, she looks like a model, so it makes me feel better that some things aren’t perfect for Cam.

Whilst packing for the upcoming girls’ trip, Naomie chats with Danni . Danni shares that Kathryn has gone MIA again (remember last season when Danni and Naomie went Nancy Drew on Kathryn?). Maybe this trip is not really happening. Chelsea is not having much luck getting in touch with Kathryn either. How does Kathryn roll like that? It must be nice to just shut out the world sometimes… I mean, come on, ladies are waiting on you to find out if they have to pack “Uggs or stilettos.” #priorities.

Eight hours later, Kathryn emerges from whatever bridge she has been living under (holy troll!). She seems completely unperturbed that people have been searching for her. Danni finally gets a hold of Kathryn and Kathryn is beyond annoyed that things have become an issue. She suggests the girls simply “look on Pinterest” to figure out what to pack. LOL.

On the day of the girls’ trip, Kathryn is busy with some finances (can we discuss the cost of a Rolls Royce?!) until the ladies interrupt her. Everyone compliments her massive new house and they head out. The conversation in the car ride is interesting…to say the least. “Did ya’ll know that some people put gummy bears up their butt?” Thankfully, the subject changes and we get to hear about Kathryn’s new man, who is oddly enough another scorned senator. Side note: I am cracking up at Kathryn vaping during her confessional bit. She legit gives zero f*cks.

“We didn’t get the Ke$ha memo!” Eliza in the house. She rolls up to her family’s manor to go fishing looking like a washed up 90’s rock star.  Eliza shares that her family has become broken apart since her father’s very public cheating scandal and coming back to this place brings back some old memories. She starts talking about how “Cheating death is the weirdest feeling I’ve ever felt.”

Eliza tells a tale about how she was going on a trip to the Bahamas. She was catching a private flight with her boyfriend and some friends. Because her boyfriend forgot his passport, they had to turn around, sending their friends on their way without them. Turns out that the plane crashed and all of the passengers died. Talk about crazy! Man, this chick has gone through a lot, huh?!  Maybe it’s time the fans back off a bit and give her a chance, ala Cam’s Instagram post the other week…

They’re in the trees, ya’ll! These are not your average treehouses.  It’s essentially a little fairytale cottage nestled up in the trees and it’s adorable. Everyone oos and ahs over the living quarters and they pick their rooms without much ado. Guess they never met the Real Housewives of New York. It’s kinda strange that Kathryn, the girl who doesn’t drink, planned a visit to the vineyard. How adorable is Cameran when she calls rose´ ROSE? Just precious. Kathryn finds some non-alcoholic wine and now it’s a party. It’s really a party when Whitney texts Kathryn right before Shep joins him at the coffee shop. This prompts the girls to ask questions about Kathryn and Whitney’s sexual escapades and it’s hilarious. “What is Whitney like? How many rounds?” The best is when we find out that whilst doing the deed, “He kept his glasses on.”

Post silliness at the winery, the girls get ready for dinner and for Cam and Chelsea, that translates to chowing down on chips and guac in bed. I think we just became best friends. Not everyone is lounging and chilling. Danni and Naomie discuss Kathryn’s lack of accountability and decide that they need to let her know that her behavior is unacceptable.

Logan, the chef, prepares dinner for the girls at the Honeymoon Treehouse. I wanna go on this trip in the worst way. They dish on relationships and Kathryn lets us in on some 411 about her new guy. “He’s like Sicilian, like Italian.” He’s buff and a good person and Kathryn actually wants him to meet the gang. After a few tense, quiet moments, Danni pries further and demands to know more about Joe. Danni is not stopping and gets right to the point, “why were you MIA this week?” Kathryn retorts that she was at a charity event in New York and then traveled to Miami upon missing her flight back to Charleston.

“You’re self-sabotaging yourself right now.” Danni becomes the over-protective friend and Kathryn feels attacked. Danni further shares that Kathryn’s personality has changed in the last few months.  Kathryn denies, denies, denies. Danni reminds Kathryn that she doesn’t appreciate Kathryn’s lack of accountability, but Kathryn explains that she’s “working her a*s off to get all of her sh*t together.”

Naomie tells Kathryn that everyone has stuff going on in their lives and it seems as if everyone is tired of the excuses. Naomie further chimes in that she thinks Kathryn’s Rolls Royce purchase was an irresponsible and “foolish” decision. I am unclear when Naomie became Kathryn’s accountant… The girls try to tell Kathryn that they are not attacking her-simply letting her know their concerns, but when the “To Be Continued…” shows up on the screen, we all know this is heading for disaster.