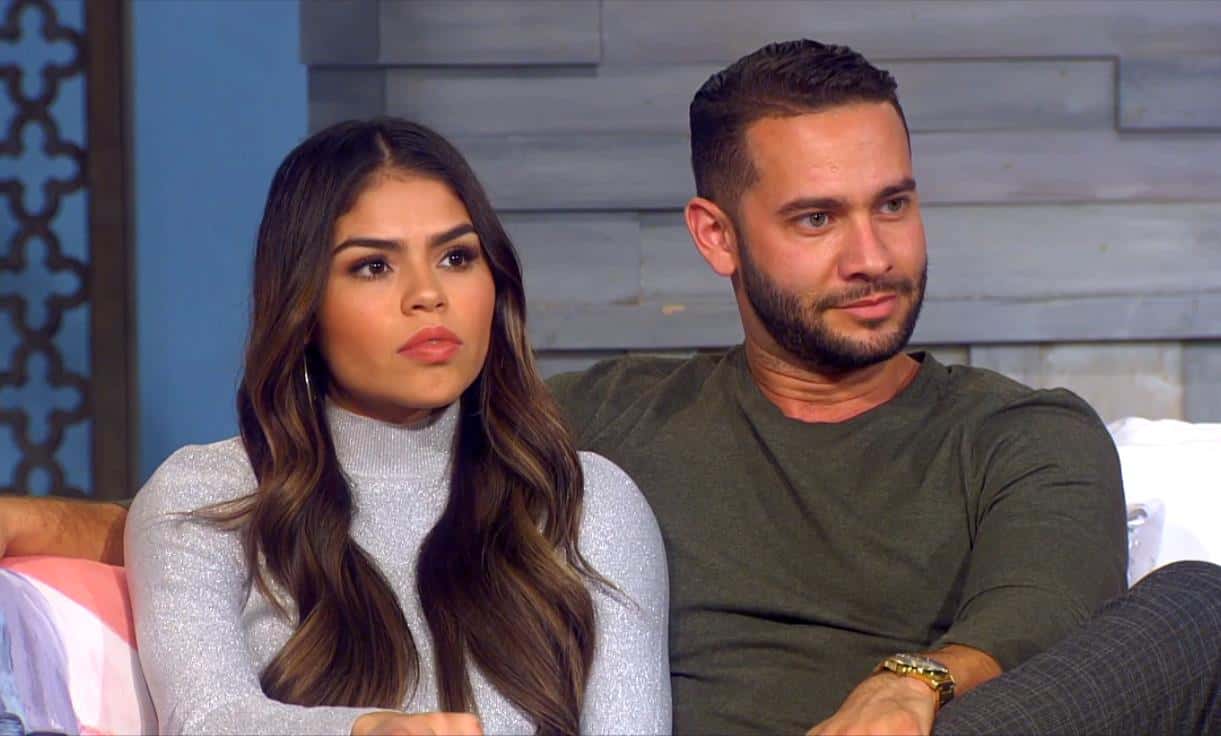 90 Day Fiancé star Fernanda Flores is speaking out against her estranged partner, Jonathan Rivera, on Instagram, and she isn’t holding back, months after they split.

The drama started to unfold when Fernanda claimed in a reply to a fan that Jonathan doesn’t have any money. She also accused him of owing money to the government, and claimed that he threatened her while adding that he was now “dead” to her.

“He doesn’t have money. He [owes] the government more in taxes that what he earns. I told him that I will fight in the divorce to him to know that I know my rights and make him stop to threaten me. You all don’t now anything. Sorry that I haven’t talk about the breakup but I’m not the one looking for attention neither less money. I don’t own anyone an explanation. He’s dead to me point,” Fernanda replied on Instagram. 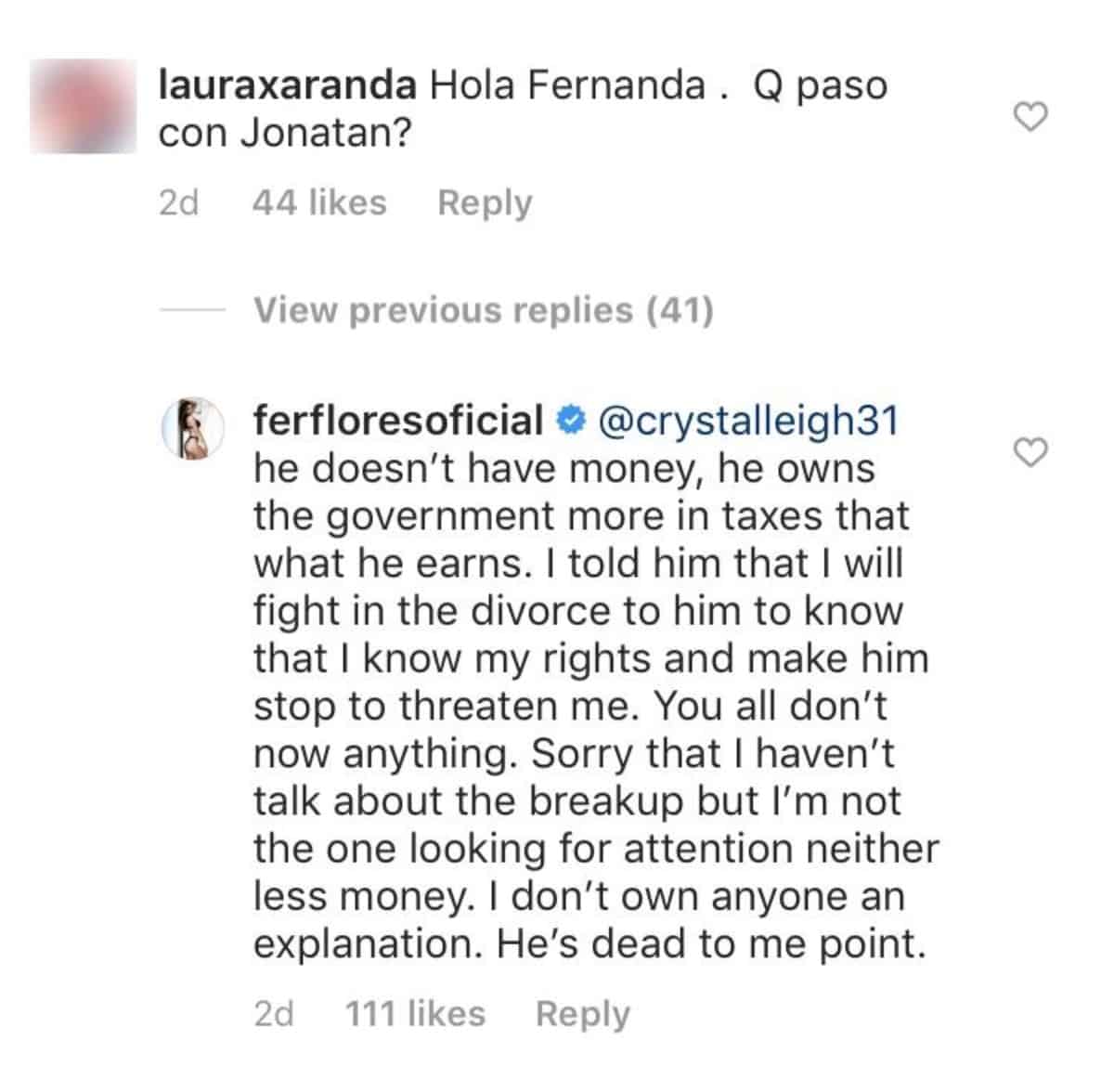 In a separate response, Fernanda defended herself over spilling his financial information, revealing that he was the one who started it.

“I’m tired of people saying that I want his money, I did not want to put his “business” out here but he’s the one that decided talk sh*t and sell his part of the story in the first place,” Fernanda pointed out.

Jonathan decided to reply to his ex in a screenshot captured by blogger John Yates, as he revealed that Fernanda is likely upset because he recently signed their divorce papers.

In a separate post, Jonathan added that he never did anything wrong to Fernanda. And while he didn’t address her comments about his finances, he did say that he never cheated on her. The cheating accusation came in light of Jonathan making several posts about a new girlfriend on his social media pages, although he has yet to show her face.

“To set the record straight – I never cheated on her. I met my girlfriend months after our separation. I never “abused” her, I never threatened her, I never neglected her, I gave her everything I had and treated her with nothing but respect,” Jonathan wrote on Instagram in response to Fernanda’s comments.

“I was patient but knew it had to end when she showed me who she really was,” he added. “I will no longer be responding to these outrageous allegations. I have officially signed the divorce papers I am happy and moving on with my life.”

It was back in March of this year that Jonathan proudly bragged about canceling Fernanda’s green card, sharing the news on Instagram. But things had been tense for a while before that, as Jonathan blocked her on social media back in January. Their problems played out for everyone to see on 90 Day Fiance but appeared to escalate near the end of last year, as their relationship ended at the beginning of January.