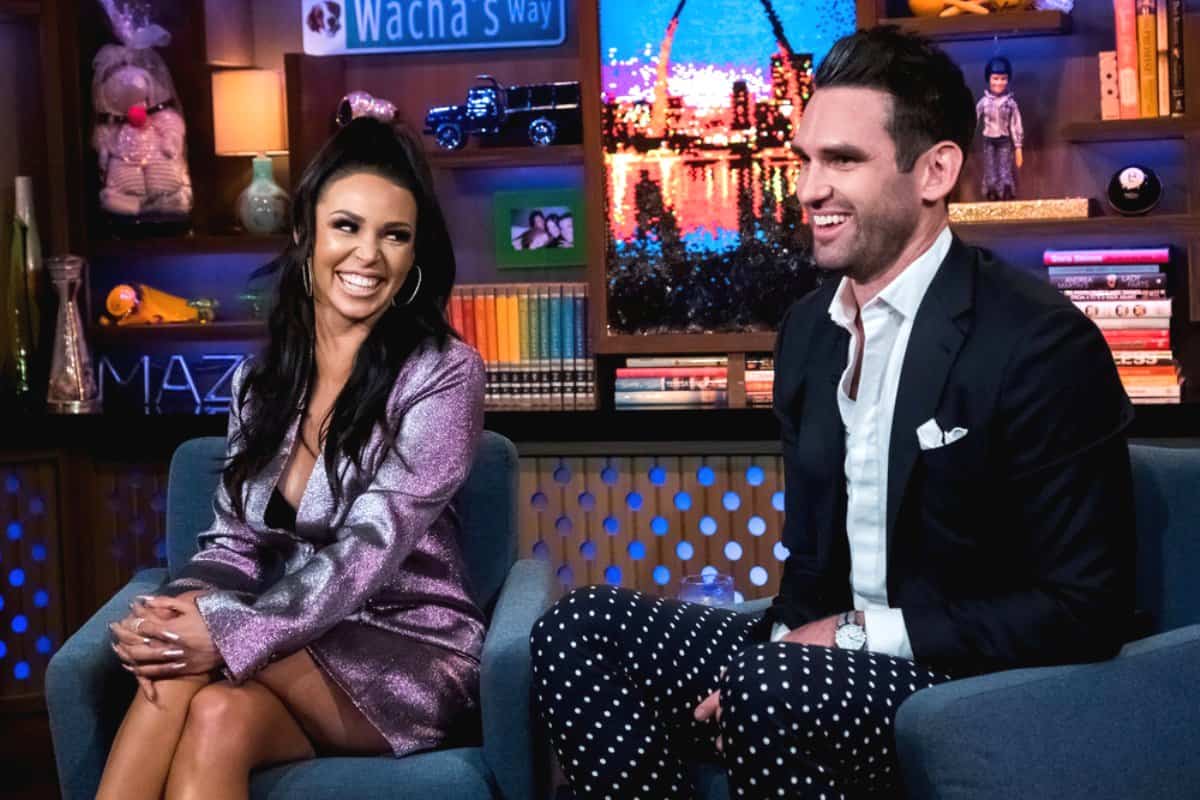 Summer House cast member Carl Radke is speaking out about his latest fling with Scheana Marie!

After the Vanderpump Rules star, who recently confronted a cyberbully on Instagram, admitted to “rounding third” with her fellow Bravolebrity, Carl confirmed exactly what happened between them.

“I mean, we made out,” he confirmed to PEOPLE, about what went down following their appearance together on Watch What Happens Live on April 22, 2019.

“I don’t want to get in trouble for saying I hooked up with her. We did not have sex. We made out,” he continued, “and she actually would like me to say, ‘We don’t kiss and tell.'”

As fans may recall, Scheana Marie denied having sex with Carl in 2018 after her co-star, Kristen Doute, claimed they went all the way during an appearance on WWHL. Now, according to Carl, he’s being very careful about what he says in regard to the time he’s spent with Scheana.

“I got in trouble for basically defining what a hookup was but I kind of didn’t actually tell the story. Someone else told it for me, which kind of got me in the hot seat with Scheana,” he explained.

Carl then said he and Scheana are “cool” and spent time together in Los Angeles last month.

“I was there for her birthday,” he revealed. “I had a great time. We’re friends.”

In other Vanderpump Rules news, Scheana Marie recently lashed out at a cyberbully on Instagram after receiving what she deemed to be the “worst message” she’s ever gotten.

“I don’t ever want to give the haters attention or anything like that but I just felt the need to say something,” she began.

“I [opened] up my Instagram to the worst message. So, I am gonna put this out there,” she explained. “If you guys are being bullied, if you have suicidal thoughts, if there is anything like that going on with you, just don’t ever be embarrassed to ask for help. And just know that you are not alone in this and suicide is never the answer.”

At that point, Scheana shared a screenshot of the message she received from her cyberbully.

“You have got to be the most annoying and unworthy Vanderpump Rules cast member,” the hater wrote. “For starters, you can’t keep a man and have trouble keeping up with the little that do see. You will never get married and have kids let’s face it and even then you are far too old to have kids at 45. You should stick to being a mistress and f**king Married men. Because that got you so far.”

The bully then took things to a far darker place by encouraging Scheana to commit suicide.

“As I see it you should just overdose and do everyone a favor,” she wrote. “Next time tell your parents to pick a real name for their children. Every time I say it I laugh. What a joke.” 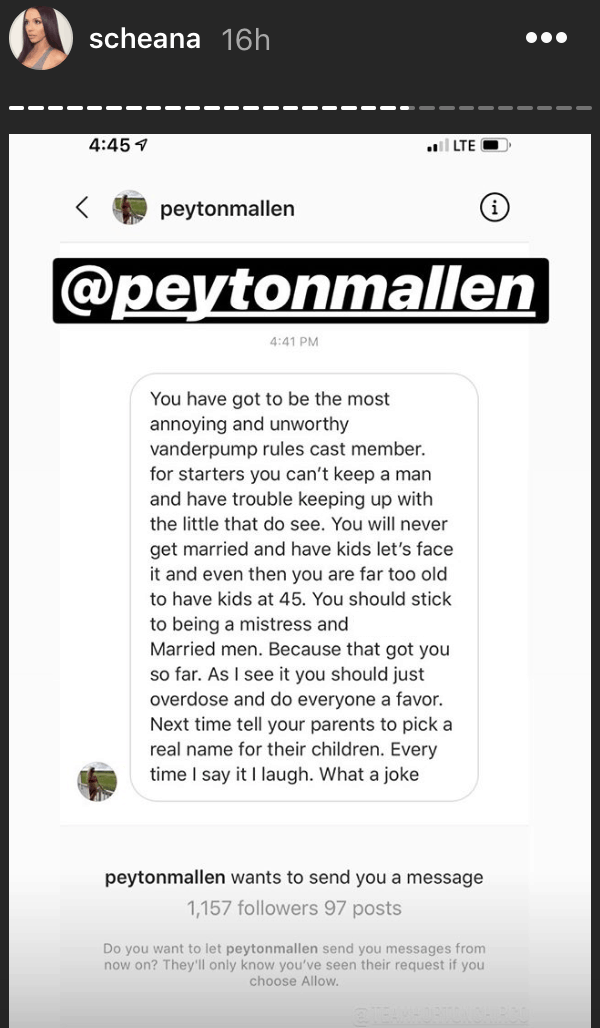 “I’m a person who has really thick skin but not everyone is that type of person and receiving a message like this, you don’t know what it could do to someone. So, think about that before you ever bully someone,” Scheana said. “It’s never okay and I just… It really f**king pisses me off because there are a lot of people out there struggling, who are depressed, and getting a message like this could really put someone over the f**king edge.”