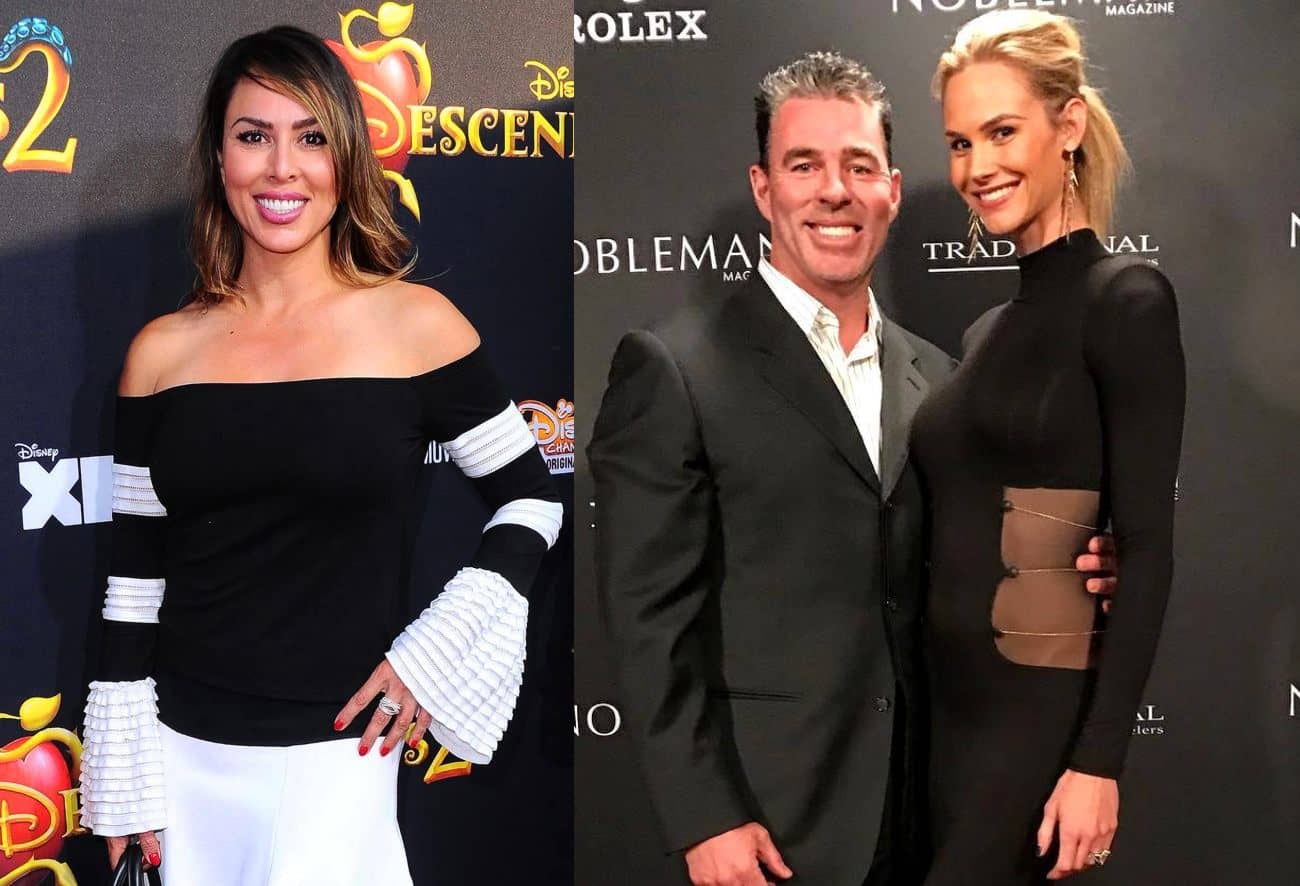 Following reports claiming Meghan King Edmonds‘ husband engaged in an affair with another woman during her latest pregnancy, the Real Housewives of Orange County star is reminding fans that she spoke of Jim’s infidelity years ago and suggesting the betrayal is “karma” for her former co-star.

After a Real Housewives fan page on Instagram spoke of Jim’s affair and Meghan’s reaction to it, Kelly commented.

Although Kelly said she was “not kicking [Meghan] down,” she was confused by the sudden interest.

“I just don’t understand why this is news now?” she wondered. 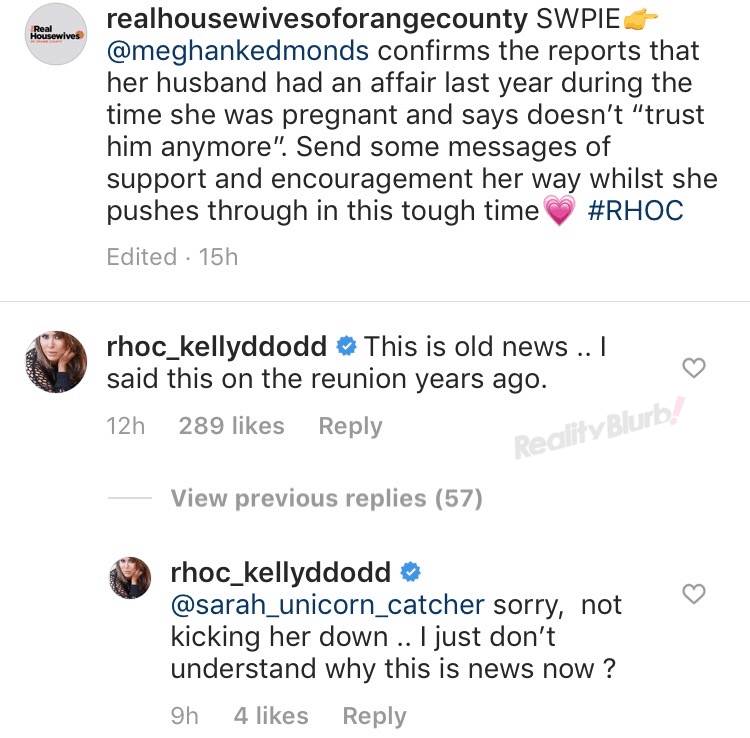 During a 2017 episode of the RHOC, Kelly told Meghan that Jim “has a mistress” but Meghan, who was pregnant with her first child, daughter Aspen, 2, at the time, said she knew Kelly’s claims were “not true.”

In a second comment on the fan page’s Instagram post, Kelly reacted to a fan who suggested Jim’s affair was karma for Meghan, who was “smug” to Kelly during her time on The Real Housewives of Orange County and acted as if her marriage to Jim was “perfect.”

“She always was smug to you like her marriage was so perfect, looks like it sweetheart,” the person wrote, adding the hashtag, “#karma.”

She wrote, “Meghan came after me on the reunion years ago .. I have compassion for her of course . But this is old news .. I was wondering why is out now ?? .. I am sorry but ladies if you marry a man that has a history of cheating and a professional athlete your chances of him being faithful is very slim .. come on!!”

The Real Housewives of Orange County will return to Bravo TV for season 14 this summer.