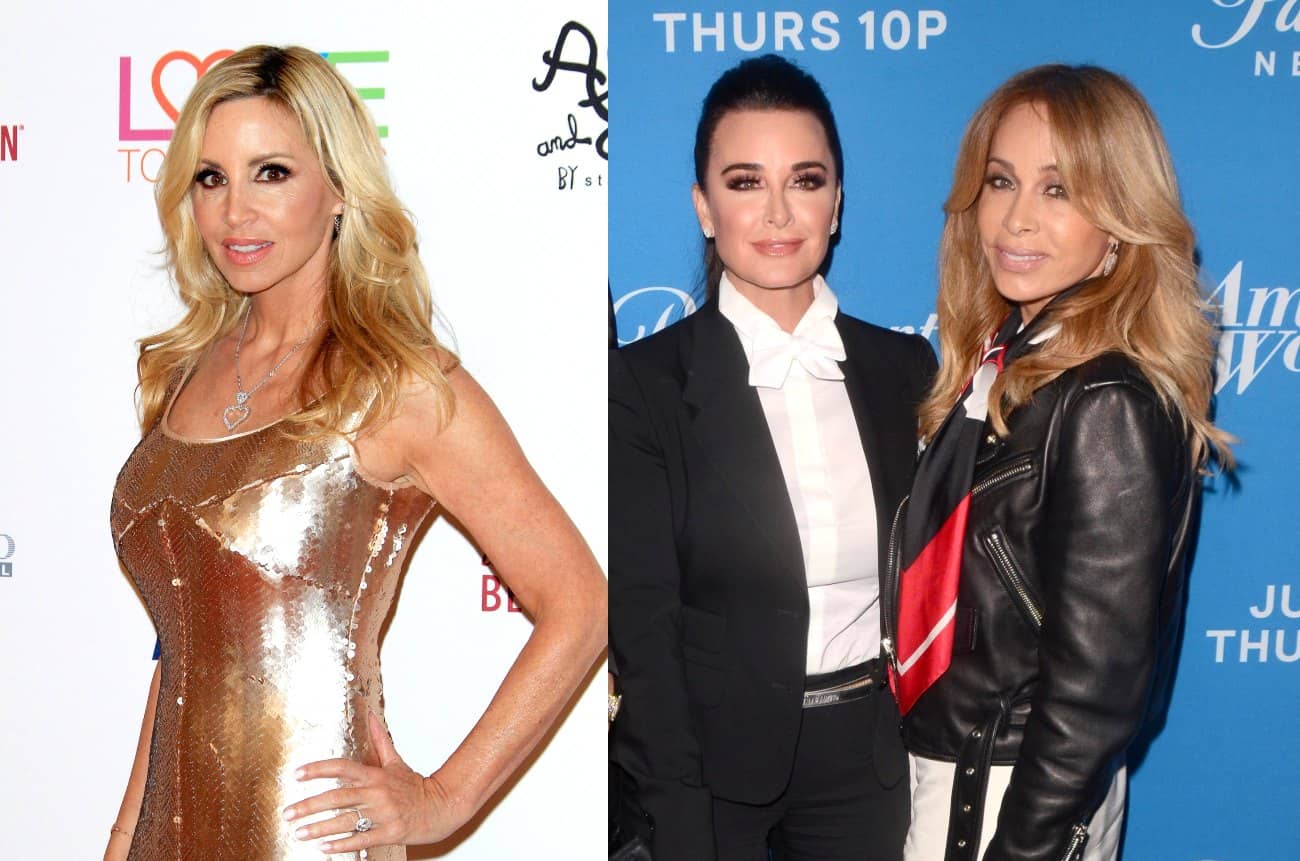 The Real Housewives of Beverly Hills star Camille Grammer is reigniting her feud with Faye Resnick!

Following the previews for next week’s episode of the RHOBH, Camille took to Twitter where she once again slammed Kyle Richards’ BFF as “morally corrupt.”

“Did “the morally corrupt” say something petty about me in the preview for next weeks episode? Lol ???? I didn’t watch but I heard about it,” Camille tweeted on Tuesday night. 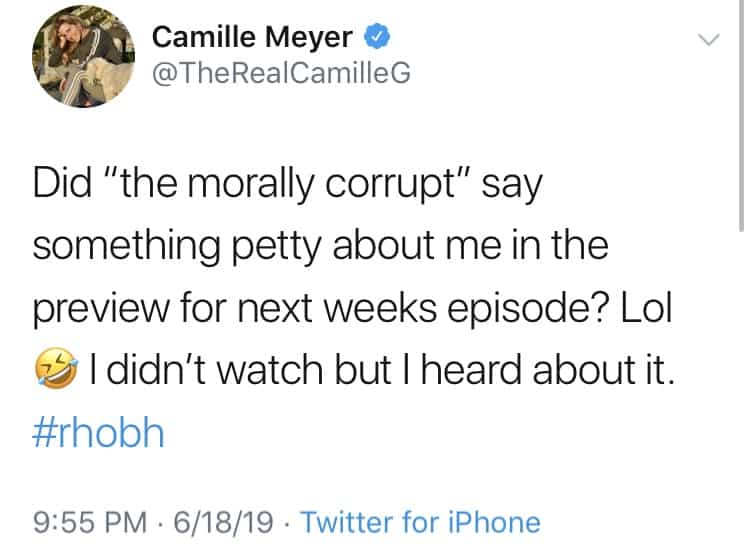 What set Camille off was a clip from next week’s episode of the RHOBH. The clip shows Faye sitting down with Kyle to talk about Camille’s home tragically burning down during the Malibu Wildfires last year.

In the scene, Faye can be seen making a snarky comment about Camille.

“Camille’s house burned down,” said Kyle to Faye in the clip.

“Whoa. Well, she’s probably going to come out of this being a much nicer girl,” responded Faye.

When told about Kyle’s comments in the scene, Camille tweeted: “That wasn’t very nice.”

Another follower wondered why this feud was being reignited, considering Camille and Faye appeared to have made amends years ago. Camille responded that she had also been under the impression that she and Faye had moved past their beef from season one.

Me too. Oh well