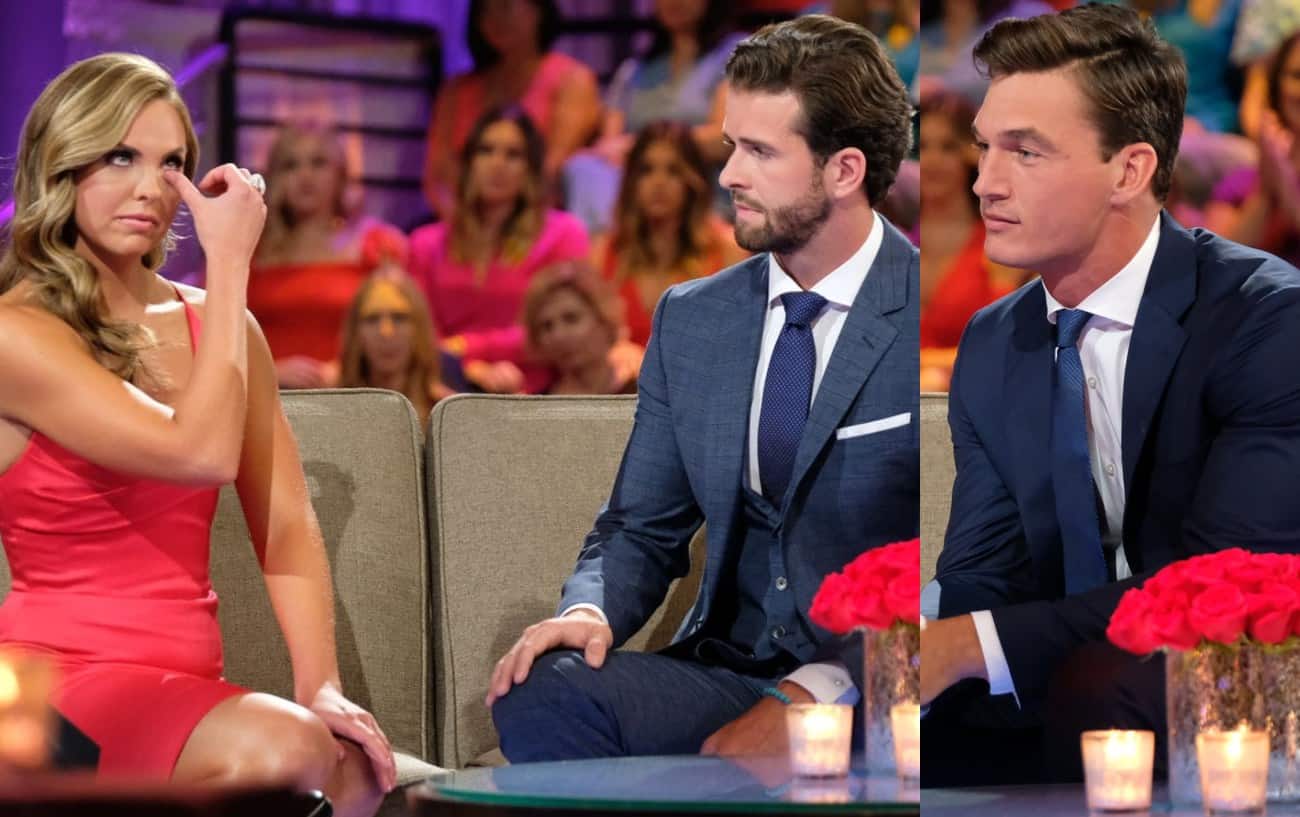 The second part of The Bachelorette finale aired last night and it definitely lived up to the hype.
In a first for a Bachelorette, Hannah Brown revealed she had broken up with her final pick and fiancé, Jed Wyatt, after finding out he had lied to her.
The biggest story of this season ended up taking place off the show. Once filming ended, it was revealed that Jed, a 25-year-old musician from Nashville, had a girlfriend the entire time he was trying to woo Hannah during filming.
Hannah revealed last night that once she became engaged to Jed, she and members of her family immediately started getting bombarded with emails and messages from people informing them that Jed wasn’t single during the time of filming.
When Hannah confronted Jed, he downplayed the relationship. He said that while he was seeing this woman, it was never an exclusive or serious relationship. However, as time went on, the truth started to come out as it was revealed this woman had met Jed’s parents and that Jed had even told her he loved her the night before he left to do the show.
Viewers saw Hannah confronting Jed on camera about his dishonesty, and he insisted he truly loved Hannah while admitting he hadn’t been completely truthful about the situation.
During the live tell-all aftershow with host Chris Harrison last night, Hannah revealed she had ended her engagement and dumped Jed.
Later on, the runner-up Tyler Cameron, a 26-year-old general contractor from Jupiter, Florida, who Hannah had sent packing in favor of Jed, hit the stage. Hannah appeared very interested in giving things another shot with him. In fact, she ended up asking him out on a date while on stage.
Tyler agreed to go out for drinks with Hannah so it’s possible she could still get her happy ending after all.
The Bachelor spinoff Bachelor in Paradise premieres next Monday night at 8/7 central on ABC.

TELL US – THOUGHTS ON THIS DRAMATIC SEASON OF THE BACHELORETTE?