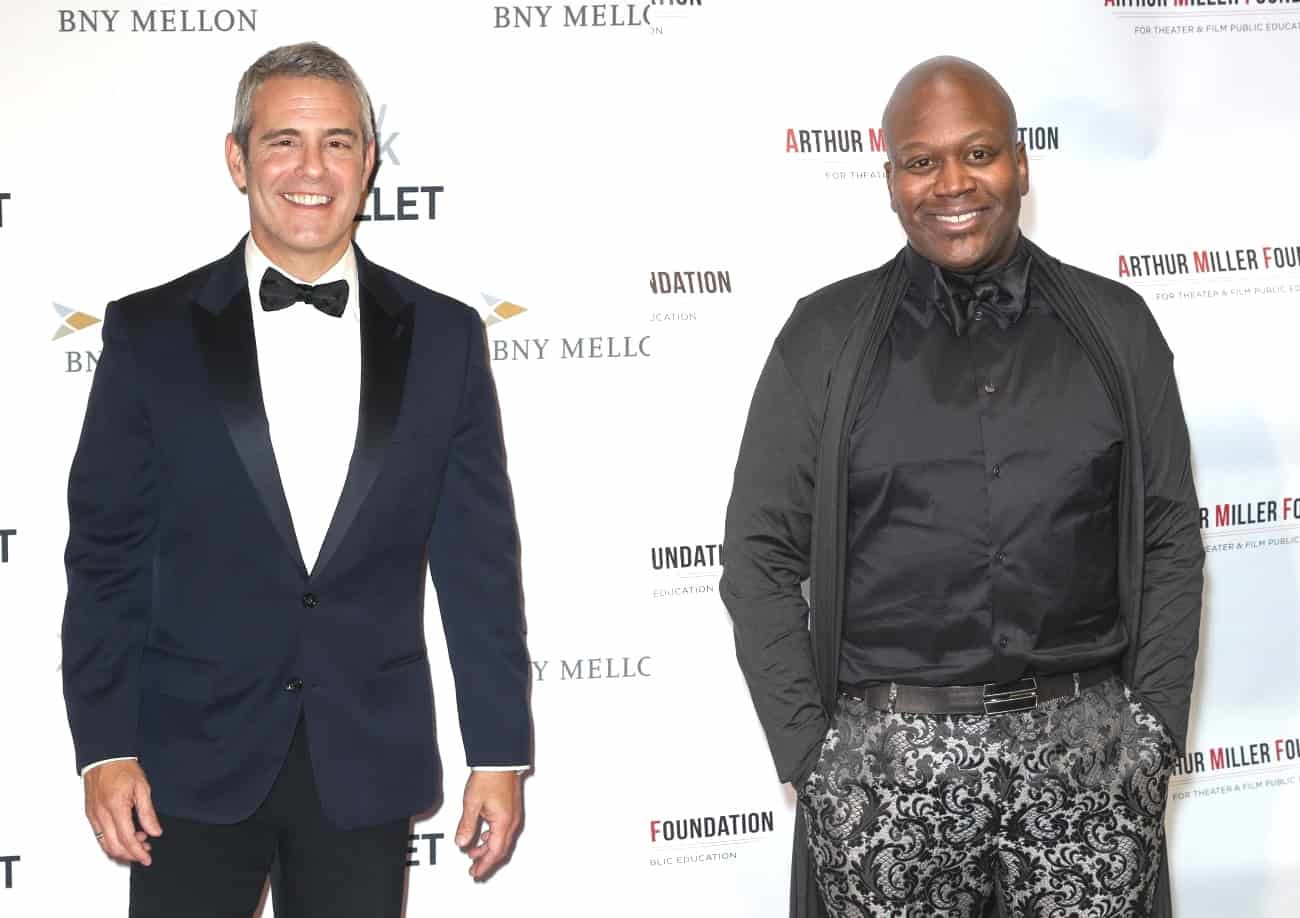 Tituss Burgess is doubling down on his comment about Andy Cohen being a “messy queen.”

After appearing on Andy’s late-night talk show, Watch What Happens Live on Sunday, where Andy criticized his Dolemite Is My Name co-star, Eddie Murphy, Tituss went on The Wendy Williams Show. There, he rehashed their drama and explained the real reason he was very upset with Andy.

“I will not tolerate the dismantling of anyone’s legacy, especially not my own,” Tituss told host Wendy Williams on the July 30 episode of her show. “And who we were speaking about has done a beautiful job being the comedic giant that he is. And he has a wonderful movie coming out, and I was not going to participate in talking about that.”

During Sunday night’s Watch What Happens Live, Andy asked Tituss about his experiences working with Eddie, who he said was “not kind to gays back in the day.”

“Obviously it was wonderful working [with Eddie], and Andy might have been trying to trap you into saying something, and you didn’t say it,” Wendy suggested.

“Tituss will not be trapped,” Tituss clarified. “No. We have way too much work to do. We have far more important things to talk about in this nation right now. So I wasn’t going to waste time digging up something that happened a while ago. We’ve all moved past it and we’ve all learned from it.”

After Andy said on Sunday that Eddie was “very problematic” for the gays many years ago, Tituss fired back by stating that the comedian “wasn’t problematic for Tituss.”

“We had a wonderful time. … Any troubles he may have had with gay people, I guess they’re gone, because he loved me,” he continued.

Following the appearance, Tituss lashed out at Andy on his Instagram page.

“She can be a messy queen!” he wrote. “Yes I said it! Don’t care he knows either! He should remember his talk show isn’t an episode of The Real Housewives of Atlanta! It’s a place where artists come to talk about art and have a little fun. NOT a place to rehash old rumors or bring a star negative press.”

“Sunday was a display of ratchet behavior by a well connected man having blatant disregard for one of his guests,” he continued. “If only time were taken to know who I am and not assuming that I am the character I play on tv he would know how to conduct a proper interview with at all! I received 4 Emmy nominations for acting! NOT for being my self. He was lucky I had my wits and Christian values THAT day.”

In response to Tituss’ post, Andy addressed their drama on Andy Cohen Live, saying that Tituss “ran out” of the Bravo Clubhouse after their interview.

“He wasn’t having me,” Andy told listeners. “He made an entertaining show. Sometimes it’s fun to watch the show when the guest hates the host.”