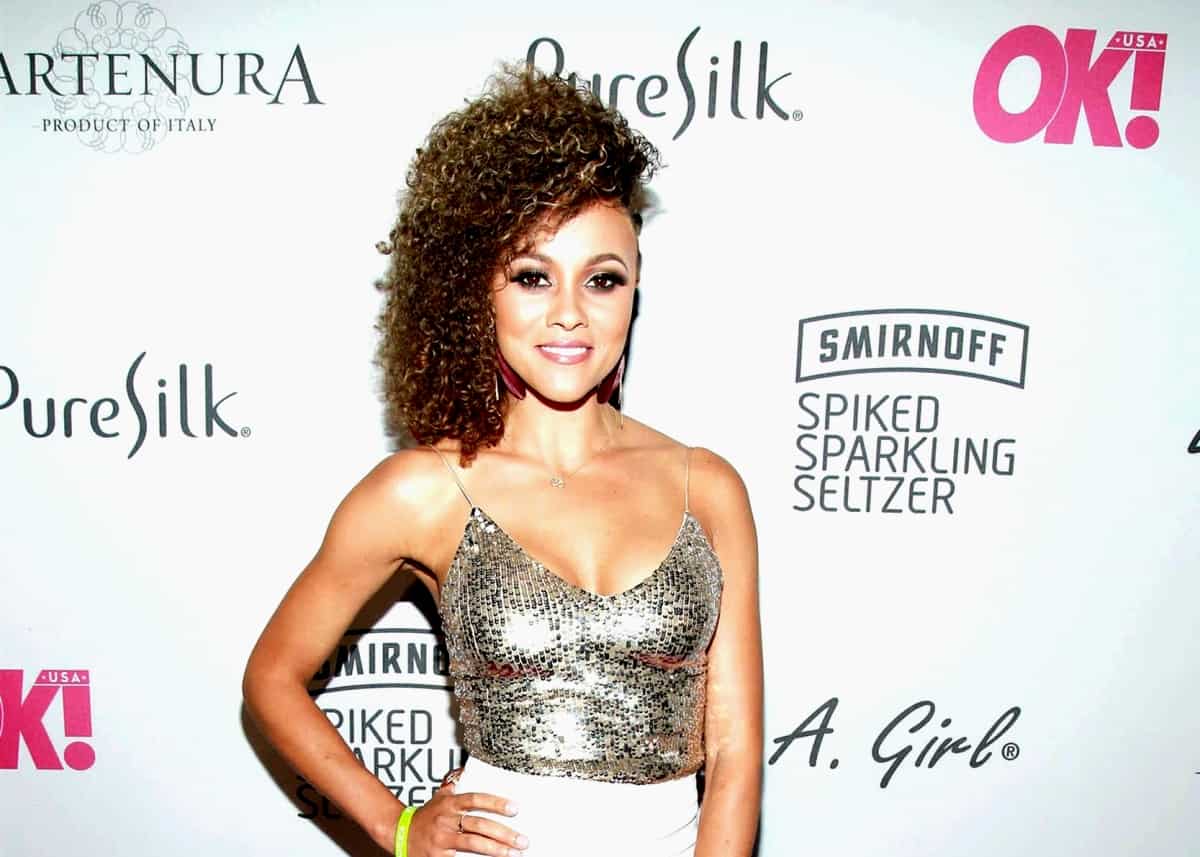 “It is with the biggest, most glowingly happy hearts that we introduce you to our beautiful son, Dean Michael Darby,” the RHOP star gushed on Instagram. “He was born on 7/7/19 at 9:17am, weighing 8lbs 1oz…. #bundleofjoy#overthemoon”

The new mommy also shared an adorable photo of Dean with his dad Michael.

“This photo makes me so incredibly happy. I’m thankful that Dean chose us to be his parents, and so blessed to have a partner as dedicated & loving as Michael. So gosh darn happy ♥️♥️ #myguys #preciousmoments,” wrote Ashley.

In an interview with Bravo’s Daily Dish, Ashley swoons over her new baby boy, who was born weighing 8 pounds and 1 ounce.

“It’s so crazy how much he’s changed from when he was first born to even the second week. He looked like me and now he looks more like Michael. He’s a cutie!” the reality star said in the interview.

There’s no denying that the newborn looks an awful lot like his dad, but it appears he acts like him too. “He has a very calm demeanor. However, when he wants something, he’s very adamant about getting it,” dished the Bravo star.

But while Ashley seems to be all-smiles now, her first couple weeks of motherhood were pretty rocky. The new mom openly admitted on Instagram that she suffered from “postpartum blues” and mastitis, a painful condition caused by inflammation of the breast tissue.

“I have experienced some motherhood challenges. The most impactful one has been working through a bout of mastitis,” explained the reality star. “Taking care of my newborn son while experiencing the worst flu symptoms and most tender breast imaginable was no easy feat!! Thankfully, I had my incredible husband and mom helping me the entire way.”

The Real Housewives of Potomac airs Sunday nights at 8/7c on Bravo TV.