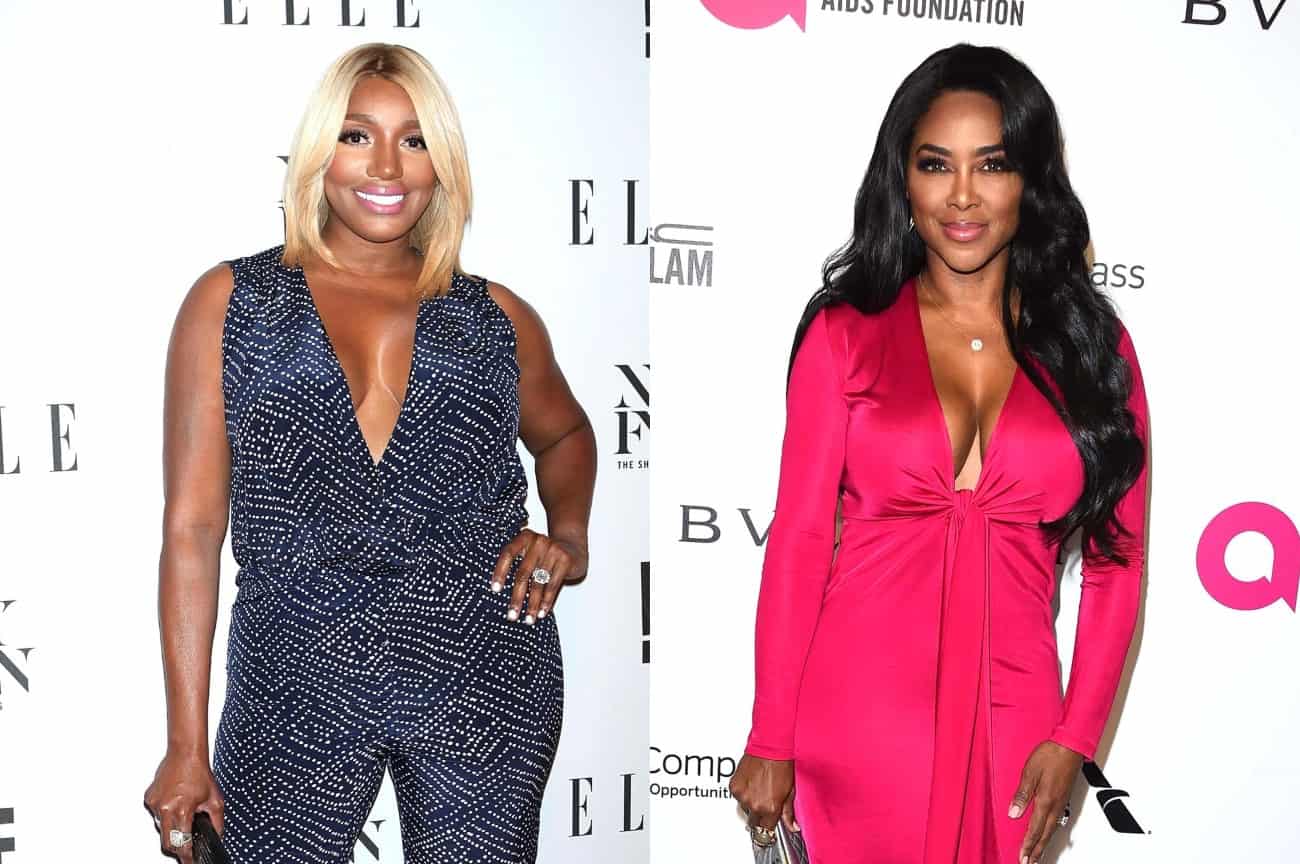 A recent cast trip to Toronto amid filming on the upcoming season of The Real Housewives of Atlanta almost turned into a full-blown brawl, putting NeNe Leakes and Kenya Moore head to head.

Season 12 of RHOA hasn’t even aired yet, but we’re already hearing about all the drama going down! And as usual, NeNe seems to be at the center of it all. It all reportedly started at a dinner at Lavelle in Toronto last week, where the women were seen arguing around a table. The night had already gotten off on the wrong foot after NeNe allegedly had her breasts hanging out. This led some of the housewives to believe she was “under the influence.”

But that argument was just an appetizer to the feast of drama that was about to go down in Marlo Hampton‘s hotel room. A source told the Love B Scott site that Cynthia Bailey started arguing with Marlo over a supposed audio recording of her talking trash about NeNe.

The source says that’s when Kenya jumped into the mix, defending Cynthia and insisting the audio didn’t actually exist. However, some of the women believe the audio is alive and well and in newbie housewife Gail “Yovanna” Momplaisir aka Yovanna Love’s possession.

From there, things allegedly escalated, with NeNe and Kenya getting in each other’s faces. At one point Kenya reportedly even told the O.G. Atlanta housewife to “shut the f**k up.”

And as if all that drama wasn’t enough, Yovanna and Porsha Williams also reportedly started arguing after Yovanna uttered something about Dennis McKinley, the reality star’s on-again, off-again fiancé. According to the source, Yovanna got sent home from the trip early.

All this went down just after NeNe ended her rumored suspension on RHOA (one which she denies was ever implemented) and began filming again with the rest of the ladies on the show.

Find out what really happened on the cast trip to Toronto during season 12 of The Real Housewives of Atlanta, which is set to air sometime later this year.