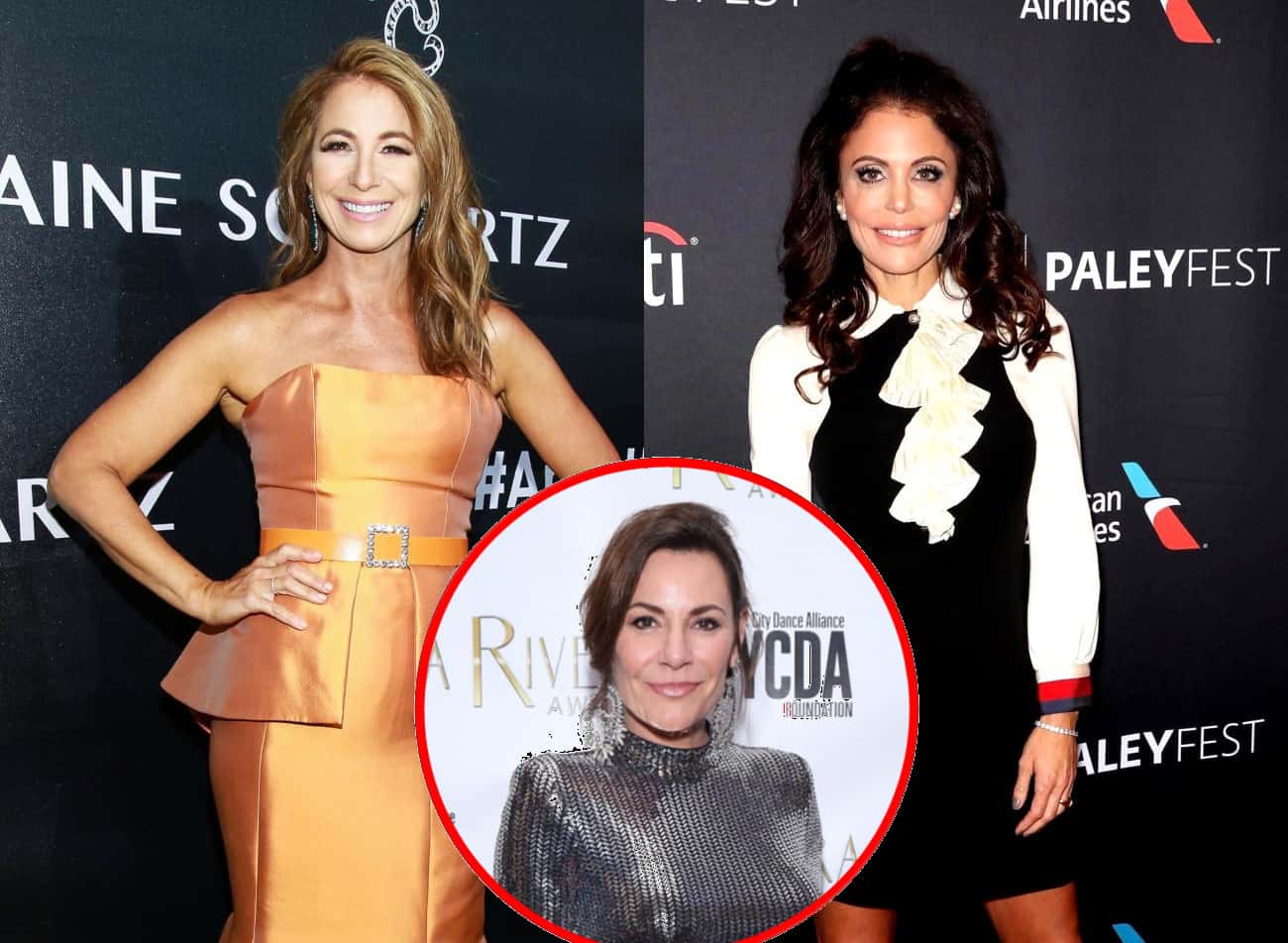 Following the announcement of Real Housewives of New York City star Bethenny Frankel quitting the show, former housewife Jill Zarin weighs in on whether or not she’d come back to film for season 12.

As fans continue to lament the exit of New York housewife Bethenny, some good news may be on the horizon. There has been a lot of speculation among fans and RHONY castmembers themselves about who will replace the iconic Bravo star in season 12. Some are guessing it will be former housewife Jill Zarin.

“You’ll have to watch and see what happens,” the ex-housewife told Hollywood Life after being asked if she’d be coming back onto the show. “I’ve been working really hard on my Jill Zarin décor brand and I’ve been focusing a lot of my time [designing] like today I am literally working on my outdoor collection for next summer. I’ll be doing bedding and towels; bedding, bath and kitchen items. I got a nice new apartment, in midtown.”

While the reality star seems to have her hands full with her business, she expressed that she’d be open to coming back if she was asked. She said she will “cross that bridge if it happens.”

Jill’s willingness to return depends largely on her continued friendships with current castmembers, especially that of Luann de Lesseps. “I’m still very close with Luann and some of the other girls, so there’s no reason not to,” Jill dished.

Luann has also expressed publicly many times that she’d love to see Jill come back onto the show. After the Bravo star posted on Instagram about Bethenny’s departure from the show, one fan commented, “We need Jill to come back!” 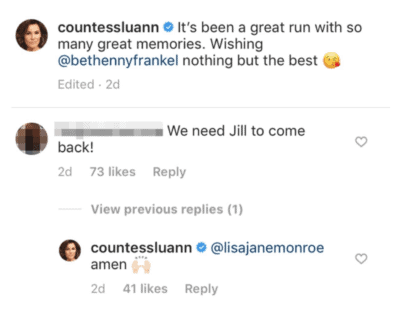 In her interview, Jill also explained that a big reason why she’d come back to the show is for the fans.

“If for anything, I would do it for fans because they’re so good to me. You know? So, I wouldn’t mind sharing some of my life,” Jill said. “I think I’m in a good place and I think a lot of people can relate to that… not a lot of people, God forbid, nobody should know; but people can relate to changes in life, you know, kids moving out, things like that being it’s a housewife show, and I’m open to anything, especially if the fans wanted it.”

Fans may remember Jill popping in and out of the show in a “friend” role over the course of the last two seasons as rumors surfaced that some of the housewives didn’t want to film with her. But according to the reality star, if a small “friend” role was all she had on the show, she’d be fine with it.

“I’d rather, you know, I like the way it was last year,” Jill said candidly. “And I liked it, you know, the last two years I actually did something on the show. The last couple years. And it was fun. I’m open to — Yeah definitely. Friend role.”