Are 90 Day Fiancé: Before the 90 Days Couple Darcey Silva and Tom Brooks Still Together? Find Out Now 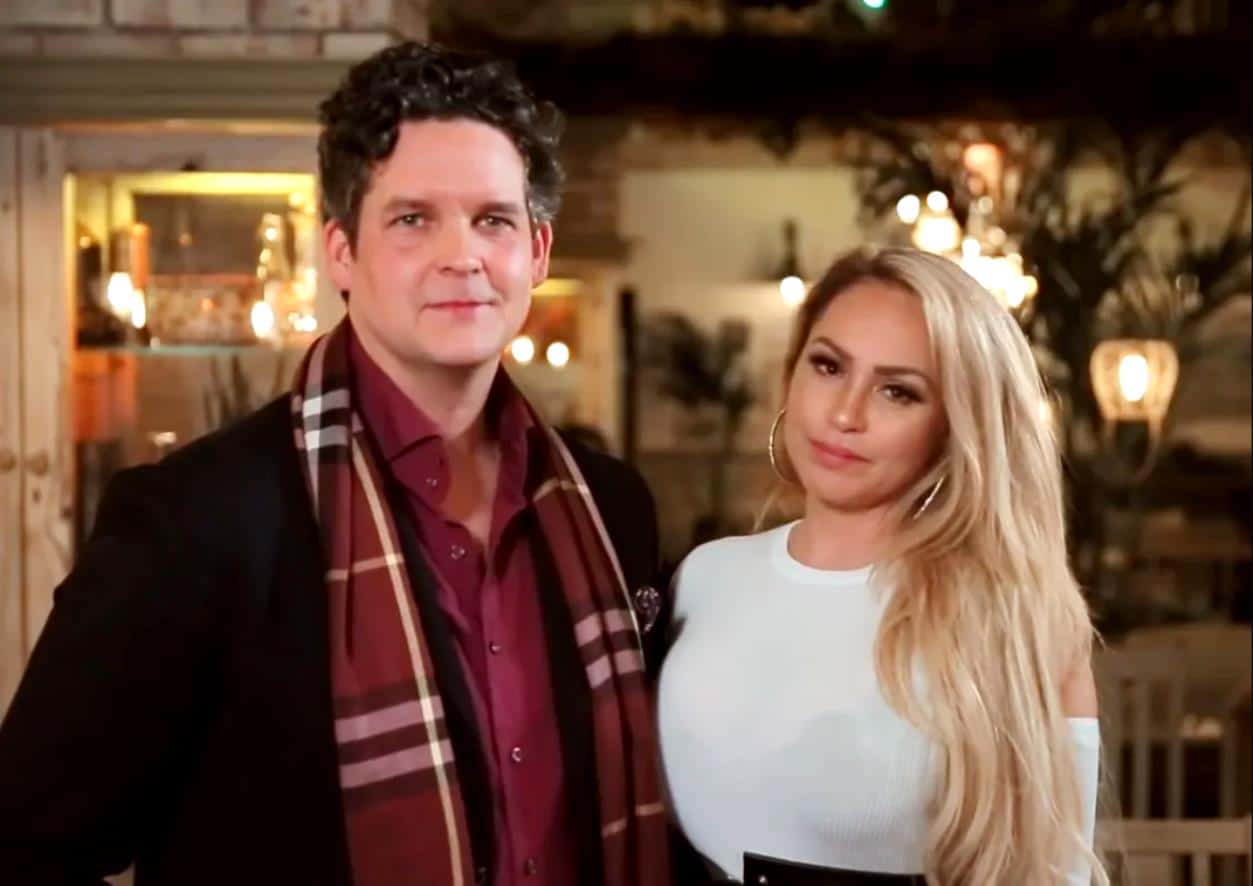 Did 90 Day Fiance: Before the 90 Days star Darcey Silva finally find her one and only? Find out if she and Tom Brooks are still together following their love story that’s still playing out in season three of the show.

It may be hard for fans to believe, but Darcey, 44, finally managed to cut ties with her on-again, off-again boyfriend from Amsterdam, Jesse Meester. The bickering couple dated throughout seasons one and two and needless to say, it was a bumpy ride.

But in season three, viewers were introduced to Darcey’s new main squeeze, Tom, 39, who hails from the U.K. And as many fans can attest to, the reality star’s new man is quite different than Darcey’s ex from the show who was 19 years younger.

The new season started out with Darcey preparing to meet Tom which also meant she had to prepare her two teenage daughters for the potentially rocky road ahead. After all, they had witnessed the disaster of a relationship their mother had with the fitness instructor from Amsterdam.

Darcey had first connected with Tom four years prior on Facebook. And while she was interested in the man from across the pond, Jesse ultimately won her attention so she pursued him instead. But as she found herself single again, she decided to pursue the dark-haired “jet-setter” type, as Darcey once put it on the show.

“[Tom’s] an amazing guy,” Darcey gushed in an interview with Newsweek in early August. “He’s always been a great guy. We have a really deep connection and have a lot in common.”

On the show, the TLC star flew all the way across the world to visit her potential love interest only to learn that he reserved her a private room in a very nice Airbnb, which he claimed, was out of respect for her. Unfortunately, this sent Darcey into a tearful spiral, leaving her feeling more insecure than ever.

But after causing Tom to feel incredibly uncomfortable as she awkwardly cried on his bed, he compromised and said he’d cuddle with her for their first night together. So lucky for him, she stopped crying…at least for that night.

While we still have yet to finish season three, fans are dying to know if Darcey will fair better with Tom than she did with Jesse. So, are the reality stars still together, or better yet, are they engaged?

Well, by all appearances, Darcey and Tom appear to be together. As recently as August 19, Darcey posted a picture of Tom in New York City on her Instagram page.

“Keep your eyes on the prize. @tombrooks_tv But on a serious note what do you think?#TomandDarcey #90dayfiance #tlc#90daytheotherway#90daybeforethe90days” the blonde TLC star wrote in the caption of the photo.

Tom has also mentioned Darcey on his Instagram several times in the last few weeks, but it’s unclear if it’s just for promotional purposes for new episodes. On August 25th, he posted a clip from the show of Darcey freshening up in the airport bathroom before meeting him for the first time.

While the couple’s relationship on the show may be starting off a little wonky, given that Tom isn’t as quick to say, “I love you,” to Darcey as she would like, the TLC vixen insists they’re doing well as of now, but still won’t reveal if they’re actually in a relationship or not.

In fact, there are also engagement rumors surrounding the couple after Tom posted a photo of Darcey wearing what looked to be an engagement ring on his Instagram Stories last year.

As for Darcey’s ex Jesse, he has also moved on and is rumored to now have a new girlfriend, influencer Hofit Golan.