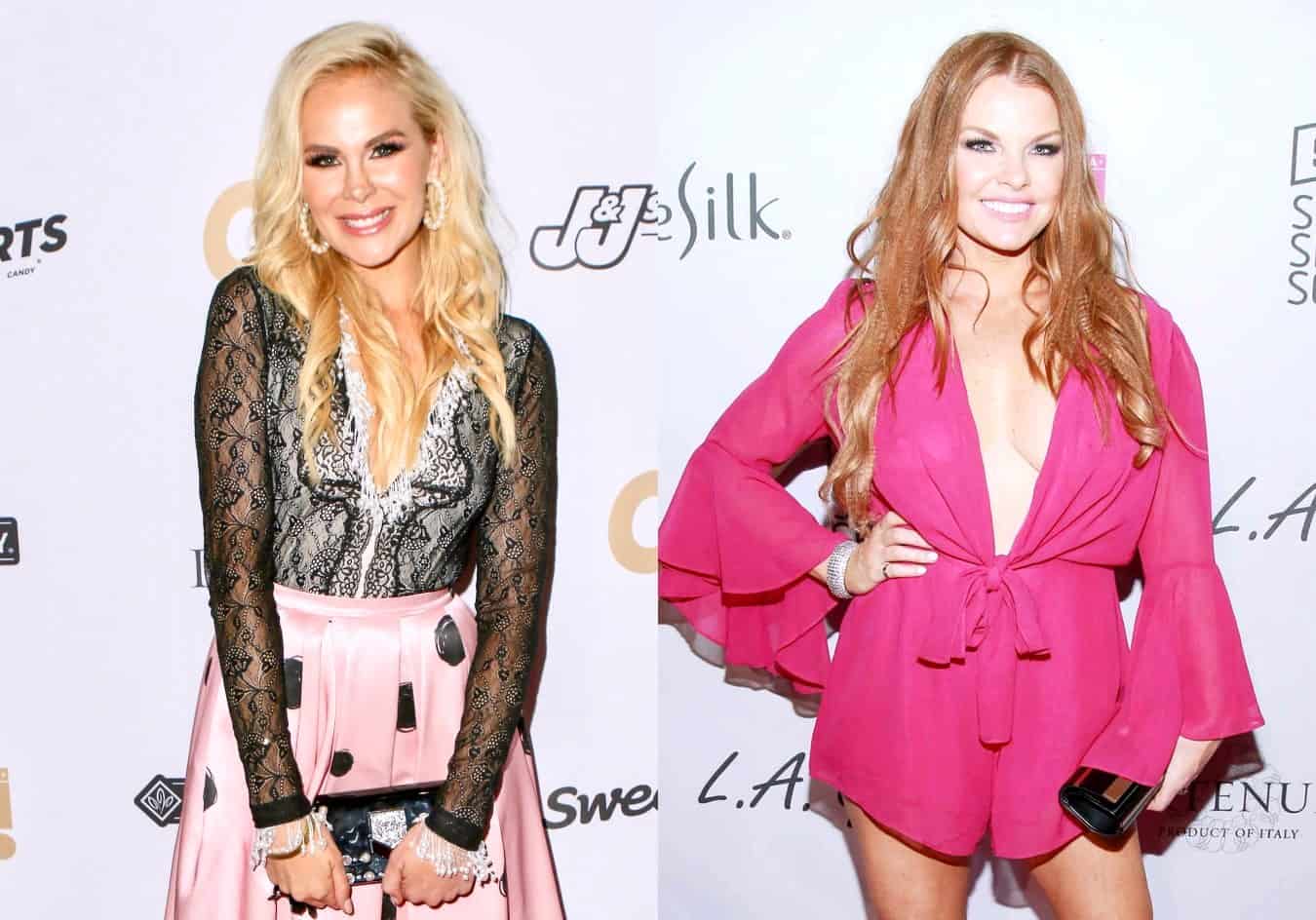 The Real Housewives of Dallas star Kameron Westcott is revealing the status of her friendship with Brandi Redmond after calling her “trash” during the cast’s trip to Mexico as Brandi is also speaking out about the vacation drama.

Have things improved between the housewives after that particularly heated dinner in last week’s episode? And more importantly, does Kameron regret calling Brandi “trash?”

As fans can recall, Kameron expressed that she was frustrated with Brandi in Mexico, claiming she wasn’t branching out and rooming with some of the other women instead of sticking with who she was comfortable with–aka Stephanie Hollman. But when Brandi angrily dropped the “f” bomb, Kameron was taken aback and called her “trash” as she threw a napkin in her face.

After a fan tweeted at Kameron and asked whether or not she’d called Brandi trash before, the reality star was quick to reply, expressing her regrets.

“It wasn’t the right word and I apologized for that, but Brandi and I are in a really good place now!!????” the Bravo star tweeted back last Wednesday night.

Also, after the episode aired last Wednesday, one viewer tweeted that they were “disgusted” with the way Kameron carried herself during the dinner and claimed her words were low blows.

However, the Bravo star replied back, seemingly unphased.

“I think both our actions were inappropriate. We have apologized and moved on ????!” Kameron tweeted.

I think both our actions were inappropriate. We have apologized and moved on ???? !

As fans can recall, being called “trash” really hit a nerve in Brandi given that she had grown up without a lot of money and was often teased for being  so-called “trash.”

“It stems from my childhood, and I grew up in a military family, and we didn’t have the finer things in life. I lived in a trailer in a trailer park,” the mother-of-three explained to the camera during the episode. “I remember feeling like people didn’t want to invite me over because I was less than. What’s sad about it is I can remember those feelings, and I’ve always thought that Kameron thought less of [me], like I always have felt that from her. And it wasn’t the first time. She’s done it several times. I think I had a breaking point.”

Fast forward to now, and Brandi also appears to have moved past the comment.

“Well, if somebody is going to call me ‘trash,’ I just hope that they’ll recycle me, first of all,” Brandi joked to The Daily Dish about the diss.

Brandi also makes it clear that despite the hardships she experienced growing up, she is proud of how she was raised.

“I’m so glad that I was raised the way I was because I feel like it’s taught me a lot about definitely being humble,” she shared. “I’m so blessed, and I’m so proud of my parents. I mean, they were teenagers, and they beat the odds… They’re still together. I think that they’re such a testimony for marriage and just relying on your faith because they’re living life now.”