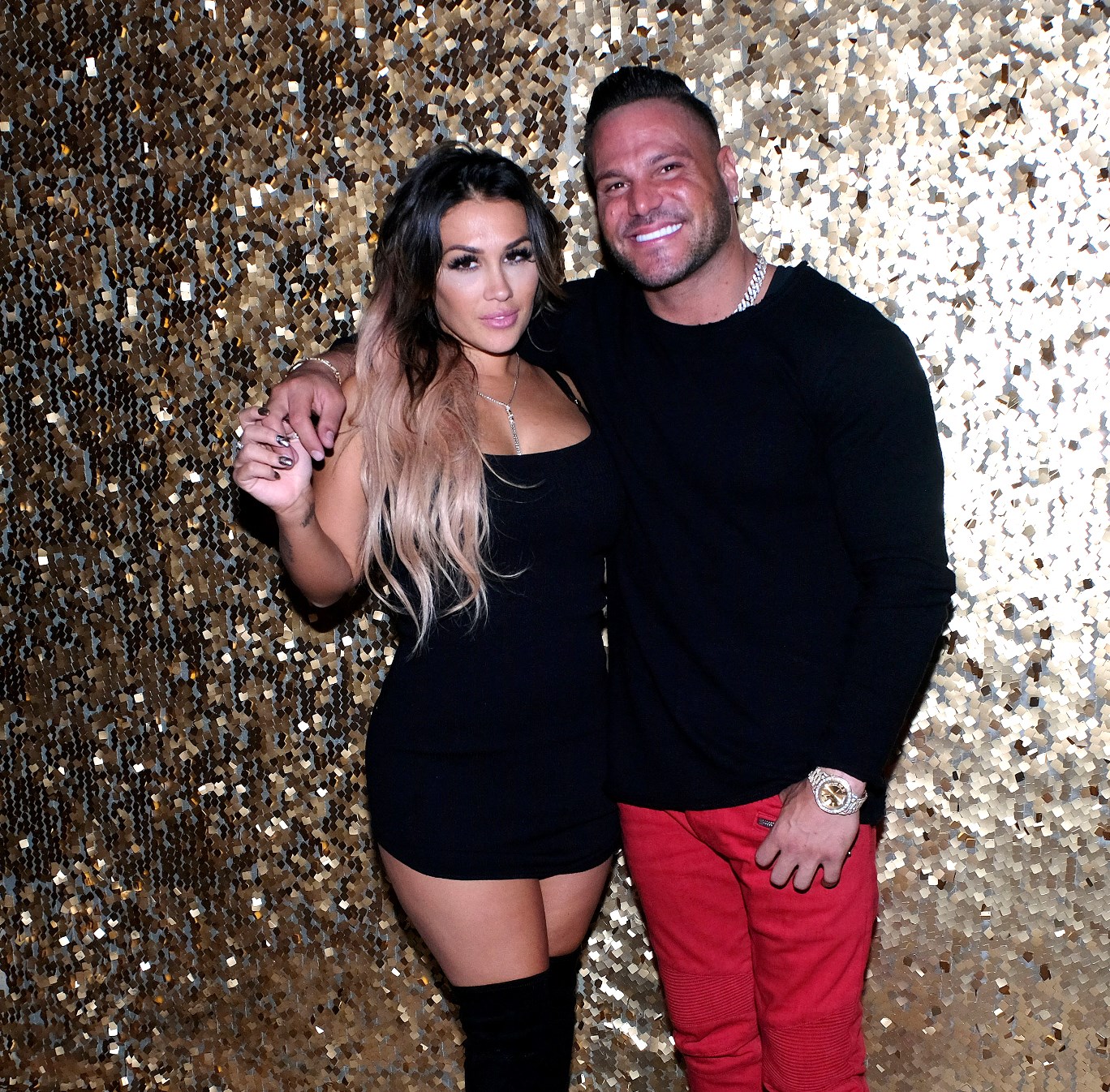 Jersey Shore: Family Vacation star Ronnie Ortiz-Magro has been arrested for kidnapping and battery after going on an alleged violent rampage against girlfriend Jen Harley.

It’s never clear whether or not the on-again, off-again reality star couple is officially together or not. But after hearing news of Ronnie’s arrest for alleged domestic violence this morning, it’s clear the couple is still carrying on their tumultuous relationship.

According to a TMZ report, the MTV star was arrested just after 2:30 a.m. Friday morning from an Airbnb he and his girlfriend Jen were staying at in Los Angeles. Law enforcement sources reported that Ronnie was running after his girlfriend while carrying a knife in one hand and their 18-month-old daughter, Ariana, in the other.

Sources say that the reality star eventually dropped the knife and locked himself and the baby inside the property. It was then that police arrived at the scene and attempted to get Ronnie to step outside, but he refused to do so. This is where the kidnapping charge comes in since according to the report, authorities were forced to tear down the door in order to protect the baby who was assumed to be inside with her father.

The reality star’s erratic behavior resulted in him being tased by police and taken away in a gurney. Paramedics who were on the scene didn’t report any major injuries to the baby. However, Jen was said to have “visible marks” on her face, according to the report.

Below is a video and photos of Ronnie on a gurney as shared by Fox 11. Following his visit to the hospital, Ronnie was officially booked.

Just One Station @FOXLA and exclusive pictures as Jersey Shore star Ronnie Ortiz is handcuffed and taken into custody in domestic violence incident— our @GigiGraciette with the breaking details @GDLA pic.twitter.com/xzc94kZXBu

After listening to police audio hours after the incident occurred, TMZ reported that Jen likely hit the panic button in the Airbnb during the shocking event, which is what called the police to the scene.

Jen allegedly told police that the Jersey Shore star “went off the rails after doing coke” which could explain his alleged violent behavior.

Just 12 hours prior to the terrifying incident, the couple was reportedly galavanting around Beverly Hills, declaring that they were in a relationship. In fact, the above photo of Jen and Ronnie was just taken on October 3, 2019 during the launch of Verge CBD in Los Angeles. It appears the couple was in L.A. to attend this event.

Ronnie and Jen are known to be disrespectful to each other on and off the show, to put it lightly, and they have been accused of laying hands on each other on more than one occasion.