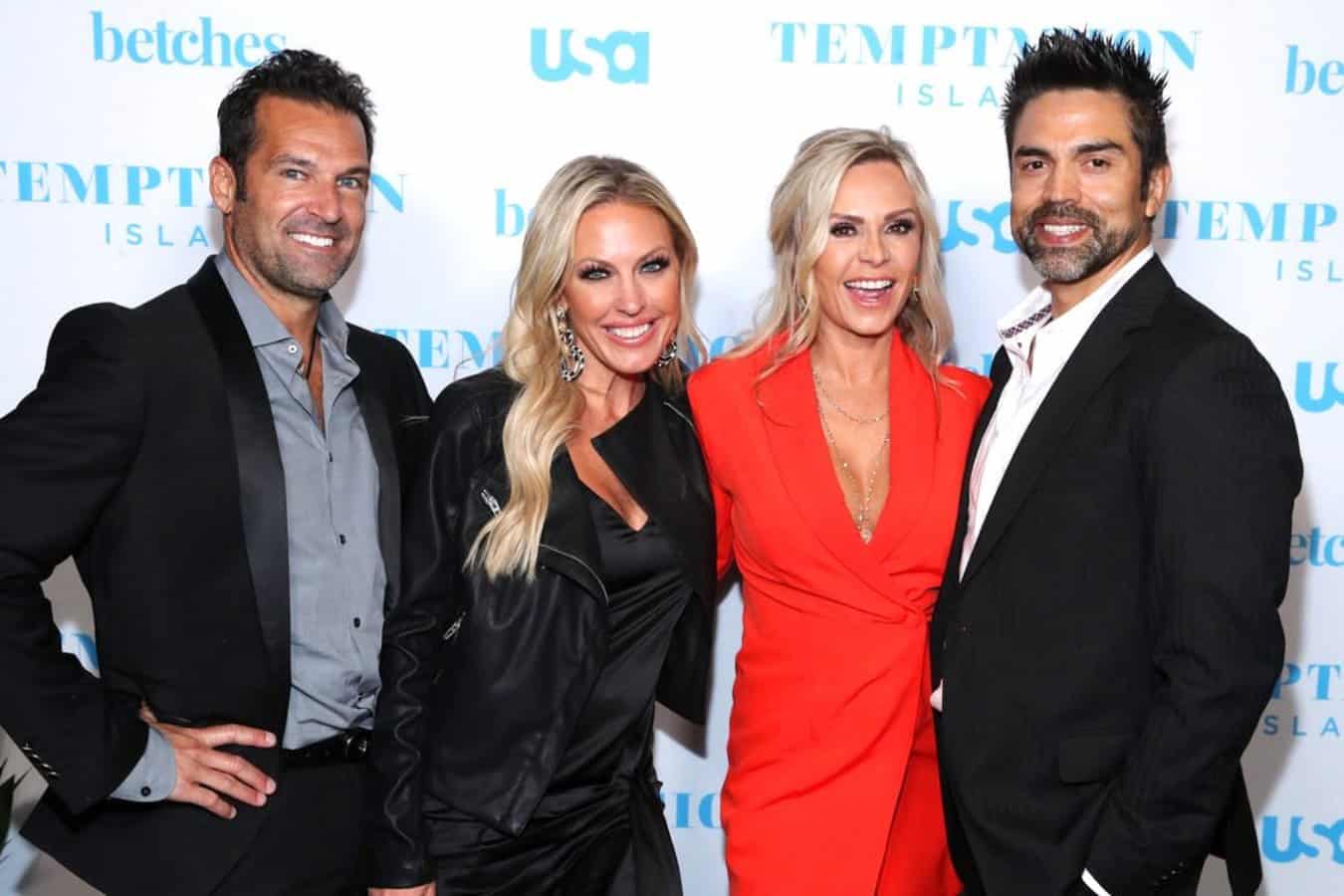 Tamra Judge is breaking her silence after Braunwyn Windham-Burke dropped a shocking bombshell on last night’s Real Housewives of Orange County episode when she revealed that Tamra told her she and husband Eddie Judge also have threesomes.

During Tuesday night’s episode of the RHOC, Braunwyn, who revealed she has occasional threesomes with her husband, Sean Burke, on last week’s episode, told her husband that Tamra also admitted that she and Eddie do the same.

And right after the episode aired, Braunwyn further clarified that not only did Tamra tell her this tidbit of information, but that Tamra actually made the stunning admission on camera.

“Did Tamra actually say she has threesomes with Eddie? Was it on camera? Or is Braunwyn repeating a conversation they had in private…” tweeted one RHOC fan.

Braunwyn then responded: “On camera , but not aired🤷‍♀️.” Braunwyn has since deleted her tweet, but below is a screenshot.

Responding to the same fan who Braunwyn earlier responded to, Tamra tweeted: “That’s not what I told her. We do NOT have threesomes! Just one crazy fun night a few years ago. #oneanddone.” 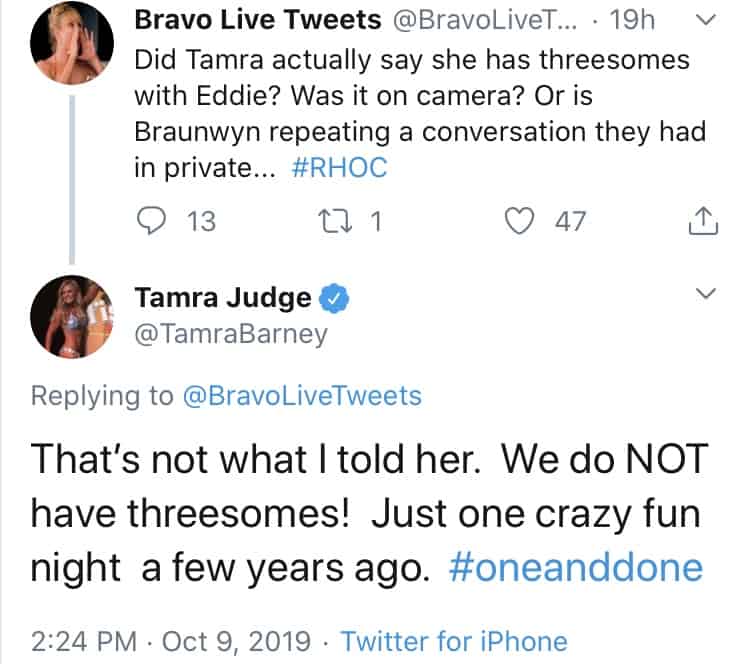 During an appearance on the RHOC After Show last week, Braunwyn shared more details about her sex life with her husband, including the first time they invited another woman to join them.

“We were at the Hard Rock Hotel in San Diego for [Sean’s] 35th birthday. We rented out every bottom room and we had friends from everywhere and everyone lost their damn minds,” Braunwyn stated. “Keep in mind I’ve been with [Sean] a long time. Everything we’ve done, we’ve done together. So, it was sort of like, ‘Well, that would be fun.'”

She added, “I was like, ‘This is your birthday present.’ So it started out as a joke and then it became, ‘Okay, for every monumental birthday, this will be your gift… That’s not a hard and fast rule… But Shawn is crazy. He’s super wild too, he just keeps it on the down-low.”

Oddly enough, Tamra questioned if Braunwyn was being truthful in her admission or if she was just saying these things for shock value.

The RHOC airs Tuesday nights on Bravo at 9/8c.