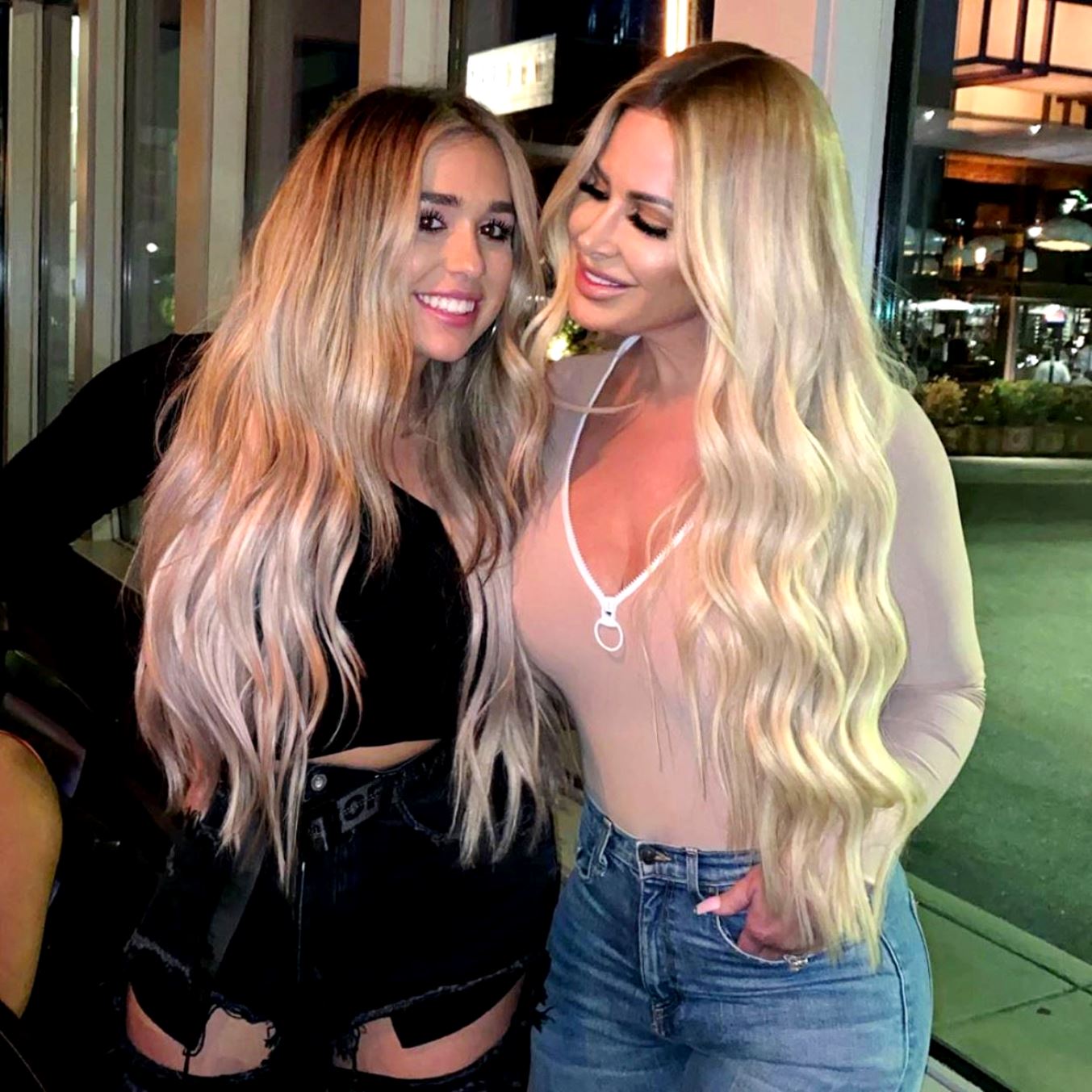 Ariana Biermann enjoyed an over-the-top birthday celebration over the weekend with her friends and family.

As fans await an announcement regarding the upcoming eighth season of Don’t Be Tardy, Ariana rang in her 18th birthday by partying with a stripper, getting matching tattoos with a few of her family members, and visiting an adult toy shop with her friends.

On October 22, Hollywood Life shared a video of the bash. “We have a report that you hit and run somebody at the school this morning,” a “cop” tells Ariana in the clip before embarking on a sexy striptease at Ariana’s home.

As the video continues, Ariana receives a designer purse from her mom, Kim Zolciak, before boarding a party bus and traveling to a local tattoo parlor, where she, Kim, Kroy Biermann, and Brielle Biermann got matching “XOXO” tattoos on their wrists.

In addition to her “XOXO” tattoo, Ariana also got a cross on the side of her hand.

After getting her new ink, Ariana is seen taking “some dope a**” pictures near floats made of flowers before having dinner at a sushi restaurant and venturing into an adult toy shop.

“What should I get? Help me, you guys,” Ariana tells friends as she browses through a number of X-rated products.

And just earlier today, Ariana took to her Instagram Stories to thank her mom for her birthday festivities. “Thank u for everything,” Ariana wrote, tagging her mom. 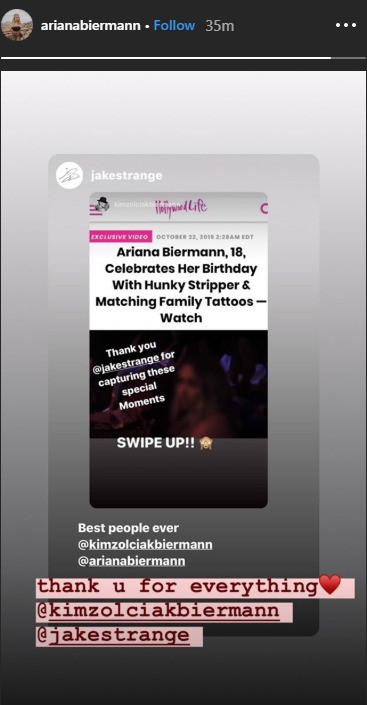 At the end of last month, Kim opened up about Ariana’s then-upcoming 18th birthday as she attended her school’s homecoming dance.

“This year is not easy for me. This is Ariana’s last homecoming, she turns 18 next month, graduates in May, Head’s off to college in another state far away,” Kim wrote. “If you see me crying this is just a few of the reasons why.”