Home Below Deck Below Deck Recap: Abbi Gets Engaged Via Text Message and Ashton Shows Off His Striptease Skills

Below Deck Recap: Abbi Gets Engaged Via Text Message and Ashton Shows Off His Striptease Skills 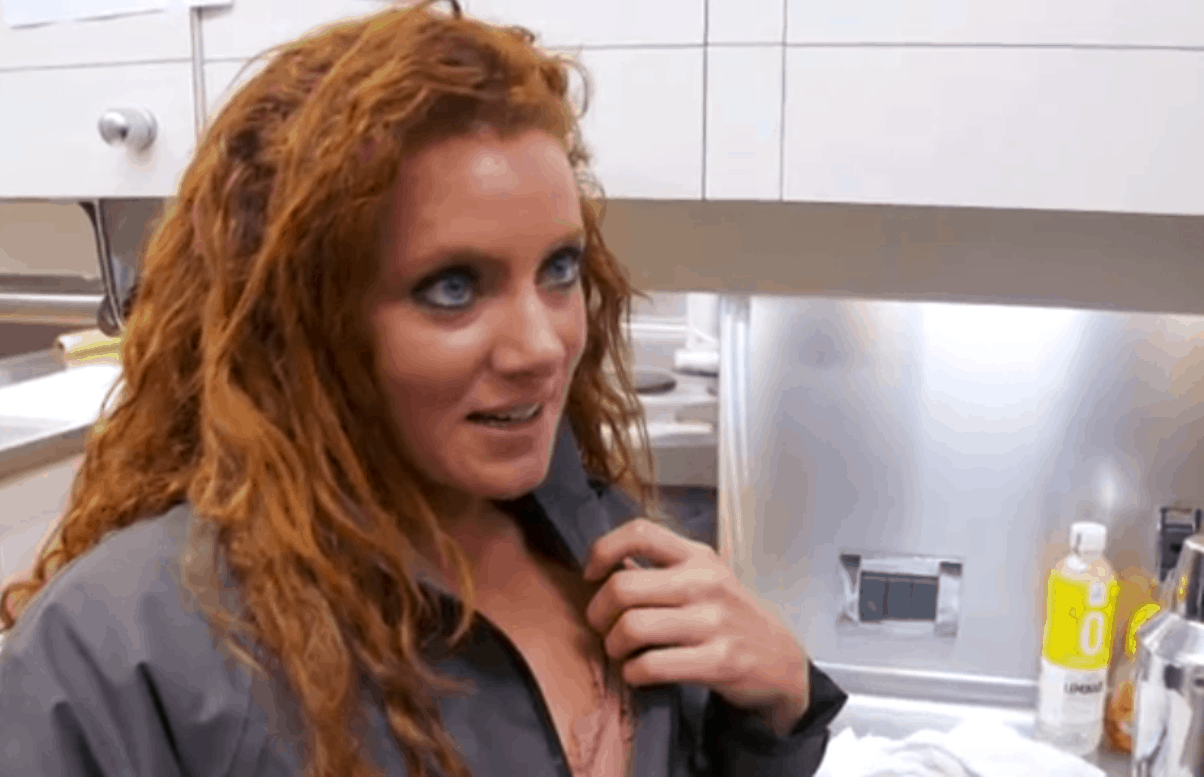 On this episode of Below Deck, a crew member contemplates leaving and the wheels start to fall off with the deckhands.

So it turns out Abbi can’t hang. Homegirl is hungover and Ashton is displeased by her behavior. Can you imagine nursing a hangover whilst trying to sleep in that claustrophobic cabin? #NoThanks. Kate asks Courtney, Madam No Fun, if she is interested in Brian. Naturally, though, Courtney denies any stitch of emotion or feelings and continues to maintain her blah attitude. After much ado and a boatload of makeup, Princess Abbi emerges. Ashton calls a mini-meeting with his deckhands and reminds them of all their responsibilities.

McCall Sink. The newest primary. A single lady bringing all of her girlfriends who are looking for a great time. Captain Lee tells Chef Kevin that presentation will be a big thing with this charter and lets Kevin know that he is underwhelmed by his dining performance thus far. That’s a nice way to remind Kevin that Captain Lee is still p*ssed at him for NOT feeding him during the last charter. Whoops.

“Guess what guys, I got engaged tonight.” Wait. What?! Did I miss something?! I actually went back and rewound the segment with Abbi texting her Grecian f*ck buddy/BF. I am beyond confused. Apparently, this guy decided to pull a text message engagement with Abbi. One minute they’re exchanging “I love yous,” the next minute there’s gonna be a wedding. Natural progression.

Abbi is proud to tell anyone with ears that her Greek captain boyfriend proposed to her via text. Romance is NOT dead. What a gentleman. Speaking of gentlemen, Kevin can’t stand the heat in the kitchen. He calls his sister to fill her in on the boat drama and the Captain Lee saga. She reminds Kevin that he needs to stick it out and show what he is made of…starting with his ten-course tasting menu for the newest charter guests.

Does Simone do anything but iron? Also, how does Abbi think this text proposal is legit? My eyes, along with Courtney’s, are “rolling right off the boat.” In the meantime, the crew is busy setting up before showtime, and they hustle into their whites only to be greeted by a bunch of rowdy women looking for a GOOD time. Seems to me that the only person excited for this charter is Kate, because according to her, “they just want to let loose.”

Kevin promised to bring it with the food this charter and he is keeping his promise. Kevin’s first dish is a pan-fried gnocchi and I kinda want a taste. The guests are impressed by the food AND the staff on board, particularly with Ashton: “Let me just tell you, I would tear that sh*t up.” Yikes.

Seems like Ashton is a bit jealous now that Abbi is off the market. He is annoyed by every little thing she does, or what she doesn’t do for that matter. Finally, Simone is released from the laundry room and permitted to get some sunlight and fresh air. It’s about time. Time…Something that Chef Kevin evidently has copious amounts of. The guy rattles on and on to Kate about the evening’s menu and becomes frustrated when people chat around him. Kevin is basically a crazy man. I mean, who plans a ten-course menu, especially when he couldn’t even remember to feed the actual captain last charter?

This group of women is easily satisfied. They are loving Kevin’s food so far and I kinda wish his menu bombed, but alas, it does not. The meal is never-ending, but the guests explain that they are not going to be completely happy until Ashton performs a striptease for them. Turns out that Ashton was part of a male review back in the day, so therefore, he would be honored to relive the memories and be the 11th course for these women. Gag. He begins to teach “lap dance fundamentals,” and he hopes that the lap dance will help up the tip at the end of the charter. It certainly left the guests speechless, that’s for sure.

Ashton’s happiness doesn’t last long. He is struggling with Brian, as he feels that Brian is not pulling his weight. In fact, he feels like “the wheels are falling off” and the team of deckhands is not quite making the mark. Brian claims that Ashton is being unfair, and so, there are more severed relationships on this boat.

The next morning, Simone is back doing laundry, Abbi is texting her “fiancé,” and Chef Kevin is whipping up some breakfast for the gals. Ashton has an awkward “about last night” convo with Brian and he apologizes for sounding like a jerk. It appears as though the dudes have made up and all is good on the yacht between them. In the meantime, Tanner is falling apart. He just wants to “relax and watch cartoons,” but unlike Abbi, he tries to rally even though he is actually sick. That doesn’t stop Ashton from having the “you gotta be detailed” conversation with him and Abbi.

Abbi comes clean to Brian and Tanner that she doesn’t like being on the yacht. Brian tries to explain that yachting is a rollercoaster ride, but Abbi just continues to eat her feelings. The guests are blissfully unaware of the problems behind the scenes and they enjoy the water toys. But on the boat, Abbi is beginning to unravel. She cries to Simone that she is “sick of this sh*t” and contemplates quitting…all because she is lousy at her job?