Home Below Deck Below Deck Recap: Ashton Pushes Kate to her Breaking Point

Below Deck Recap: Ashton Pushes Kate to her Breaking Point 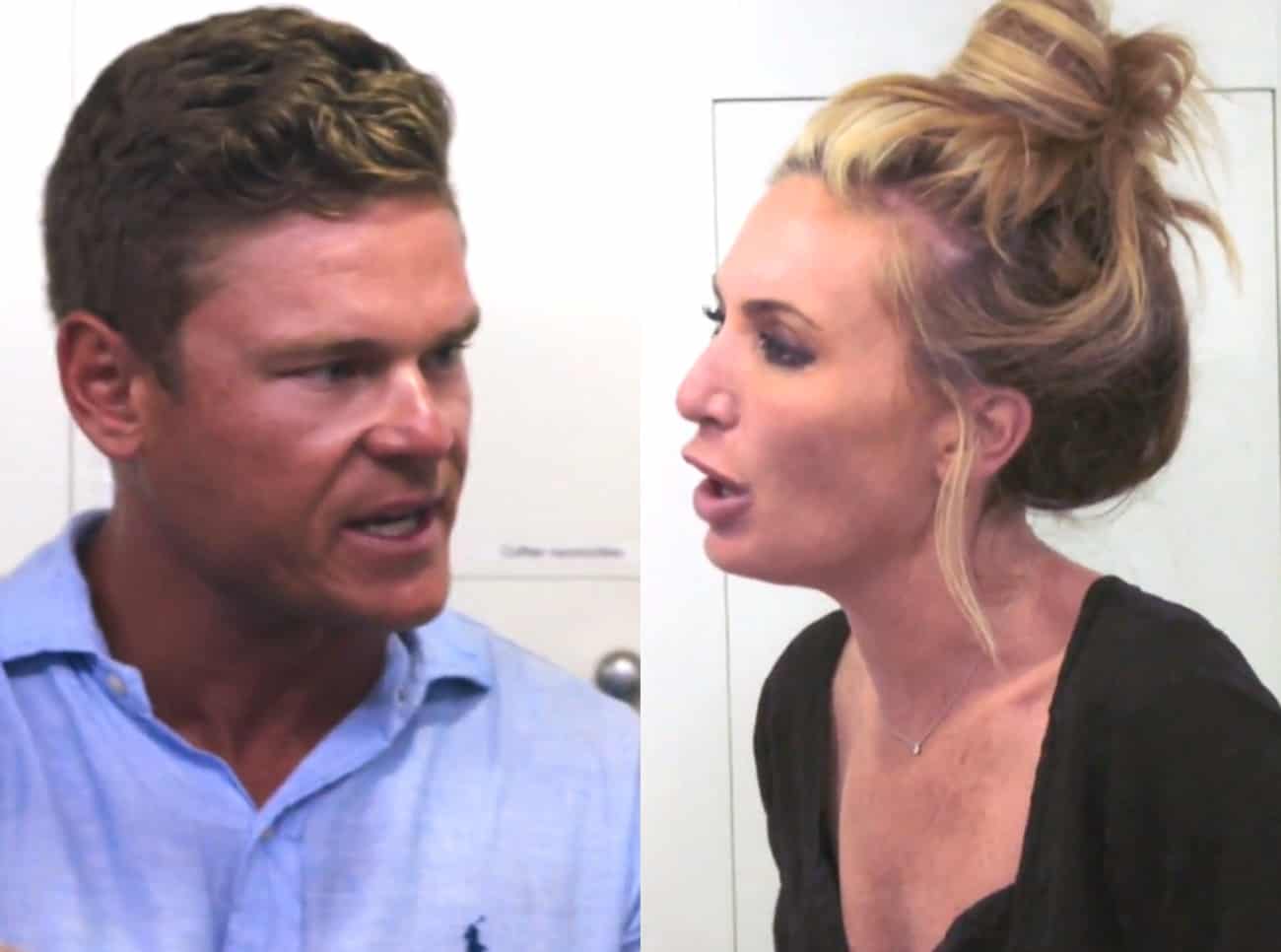 On this episode of Below Deck, a drunken fight gets taken way too far.

Someone call the fire department because Kevin is causing “yacht-pocalypse.” Between the smokey galley and Rhylee’s slow-motion deckhand skills, the crew is having a rough go. Somehow, Kevin manages to pull out a Greek lunch fit for a king. The guests are thrilled, but Captain Lee is less than pleased that the galley’s fan is broken.

Post lunch, the guests’ in-laws bounce (some lunch hour, huh?) and Kate and the girls prep for the 1920’s dinner party. As he looks in the mirror, the captain marvels, “Looking GQ.” LOL Captain Lee. He thinks that by dressing up nicely for the night’s dinner, he can win back the charter guests. They are still irked about not being able to have a beach picnic, and so the captain’s got a lot of making up to do.

Side note: How p*ssed are the kids that they have to wear life vests throughout dinner? I mean, they can barely put their arms down…how are they supposed to enjoy the broccoli spinach soup!?

Ashton decides that Tanner and Rhylee need to go to knot school. He makes them practice tying knots, and of course, Rhylee has an issue with it. Ashton straight up tells Rhylee, “the less you say the better…” and that she “has a bad attitude.” Ashton lays into Rhylee and it’s just an unnecessary dramatic moment.

After his blow out, Ashton talks to Tanner and explains that everything he asks of Rhylee turns into an issue. The guests have NO idea that any of this is happening, as they are too busy enjoying their dinner. Kevin knocked this one out of the park!

During the night cleaning, Simone tells Courtney that Tanner has been making her “uncomfortable.” He keeps reminding Simone that their hookup is casual, and she is somewhat offended that Tanner feels the need to keep saying that. Later, Rhylee vents to Kate. Kate half agrees with her and half understands where Ashton is coming from.

The next morning, Tanner fills Brian in on the Rhylee/Ashton issue from the night before. Brian is happy that Ashton is FINALLY standing up to her. Brian tells Ashton #sorrynotsorry, but he would be willing to do the next few weeks without Rhylee, as she is too extra and dramatic.

Captain Lee calls Kate and Ashton to the wheelhouse and explains that the take-off is gonna be a little different. The guests will be departing by tender because they have to get gas, and the crew prepares to send them on their way. This is an unusual exit, but there they are in their whites accepting a thick envelope with open arms.

Once the guests are on their way, the captain calls the crew together for the tip meeting. Captain Lee seems pleased with the way things went, but the tip is less than exciting. Kate is annoyed that she feels as if she is keeping the boat afloat, and she wishes everyone else would start doing their jobs, too. Gotta make that money!

Ashton takes a break from cleaning and phones his mom to show a softer side to the viewers, I am sure. Ashton lies to his mom and tells her that he is behaving…she should not watch this show. Spoiler alert!

Only Courtney would be MAD that a hot guy asked her out on a date. What exactly is her deal? Man, Courtney is such a troll, huh? She is cranky and painful to talk to, but Brian isn’t giving up on her. Courtney is absolutely miserable, and I cannot for the life of me figure out what Brian sees in her. Meanwhile… Tanner breaks things off with Simone and it is AWKWARD. He tells her, “There are two weeks left in Thailand and I’m just trying to have some fun.” Simone takes it pretty well (to his face), but you know she is crying deep down.

After their riveting date, it’s time for the whole crew to go out on the town. Oh boy…Smashton’s coming out. At least he warned us. Tanner looks PUMPED to be cut from Simone’s ties, especially when they roll up to da club. Courtney starts like, falling asleep on Brian’s arms, which is completely bizarre considering they are in a loud environment meant to cause excitement. I’m so proud of Brian when he tells Courtney, “I’m gonna go have some fun.”

OMG. These people are quickly becoming drunken maniacs. Tanner tells Kate he wanted to hook up with her all season! There is so much going on. Simone is KILLING it on the dance floor. Ashton is doing the worm…and Courtney is being a slug.

Post clubbing, the crew is an absolute mess. They pile into the vans and begin their return to the yacht. They seem like they are about to fall asleep until….WHOA. What JUST happened with Ashton trying to make out with Kate?! And then the things he says to her when she stops his aggressive advances. Ashton to Kate, “How bout you on my face?” My goodness! Keep in mind that Kate is the only female in this van, and she is stuck with Kevin, Tanner, and Ashton. Poor girl.

As the boys talk about Tanner’s mom (their favorite hobby and interest), Kate tries to get into the convo and asks, “Ashton, what is going on with your mom?” Ashton flies RIGHT off the handle and punches the van window. Thank goodness Kevin is there to try and keep the Incredible Hulk (aka Ashton) under control.

Kate confronts Ashton once back on the yacht and they begin yelling loudly in the galley. Ashton demands to know why Kate felt the need to talk about his family (?????) and decides to get Tanner in on this argument as he was there and can explain that the mom jokes are only funny when it has to deal with HIS mom. Oh yea, great. Get the drunkest guy on board to stand in as your witness, Ashton. Good idea.

Ashton spit-yells in Kate’s face that essentially no one likes her and Tanner shoots away any chances of ever making out with Kate by saying, “She gets away with more than other people get away with it.” You just dug your own grave, kid.

Kate, dramatically, exits the argument and begins packing. She tells Rhylee she would like to leave and that Ashton should find another chief stew. She slams the door on the Bravo cameras and refuses to have them film her. Could this be the end for Kate?