RHONJ Recap: Teresa Confronts Margaret For Not Inviting Her to Mother’s Day Brunch 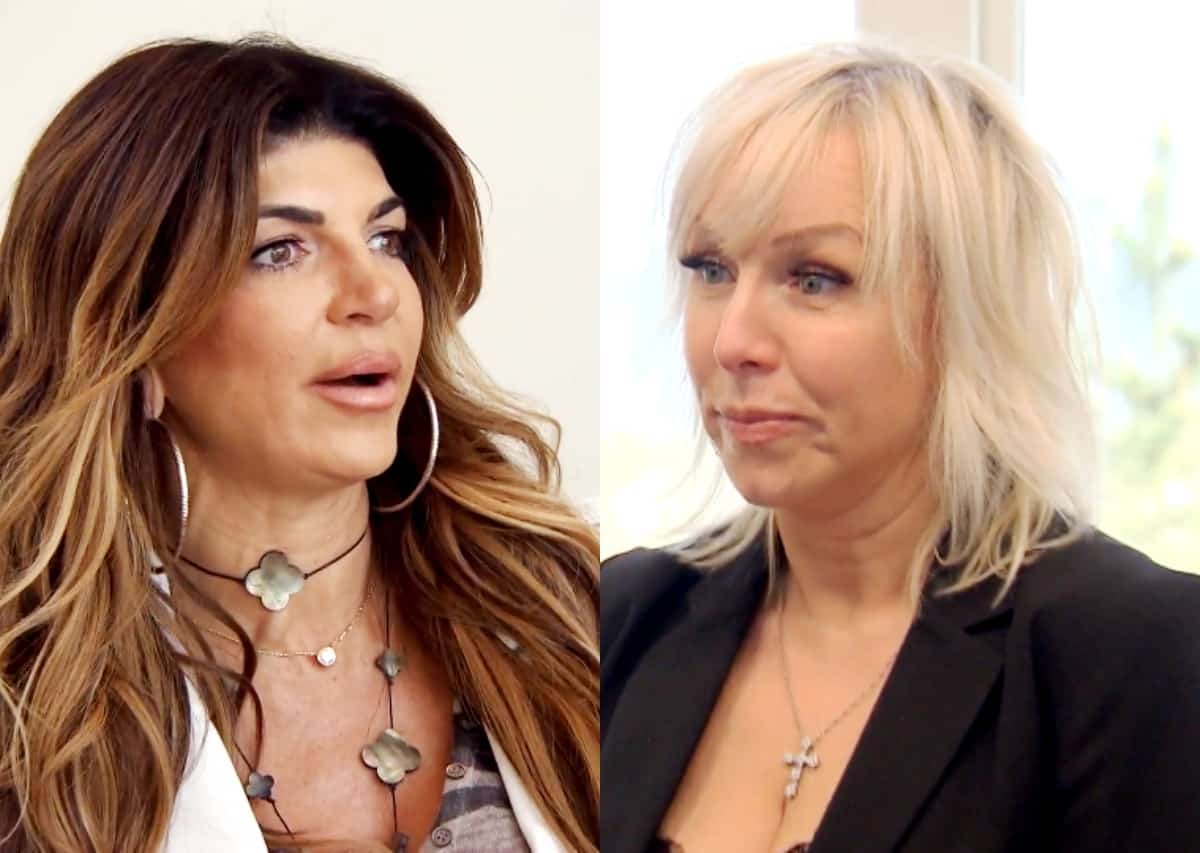 On this week’s episode of The Real Housewives of New Jersey, we go to a Mother’s Day Drag Queen brunch and off to the Hamptons!

Melissa shares with Joe that the fashion show was a success.  The fertility doctor’s office calls them regarding their results. Joe is told he only has three sperm? Tarzan is lacking a little pep in his step. They claim it is from a cream he just started using. Sure, that’s what it’s from! Wink, wink!

Margaret is trying to sell her property to settle her lawsuit, and you gotta give her credit for being upfront about her legal and financial issues. She talks to Jackie about her plans for a “drag queen” brunch. Margaret wants to invite the ladies’ moms. Teresa is persona non grata… She is going to blow a gasket on that one.

Dolores meets Teresa for a pedicure and I am sure to trash talk. They discuss Gia and Frankie getting together. Maybe a love connection? Jackie calls and invites them to her Hamptons house. She shares that Margaret is having a Mother’s Day brunch and Teresa is not invited. Teresa hopes they choke on their food. Nice and classy, Teresa!

Mother’s Day is bittersweet for Teresa since she lost her mom. She cries as she reads the card from her girls. Joe calls home, maybe to wish Teresa happy Mother’s Day? But no, he seems to be calling instead to rain on her parade. Joe and Teresa are the freaking Bickersons! Teresa shares that the girls gave her a necklace for Mother’s Day and Joe claims he did as well. She insists he didn’t and he claims she doesn’t remember anything. Milania again agrees with her dad that she is always forgetful.

Joe says, “My wife’s brain is going to mush.” I hate to say it but I will! I think it isn’t just going, it’s been gone! Teresa thinks Joe undermines her whenever he gets a chance. Production, of course, has to open the vault — which is pretty darn full — to show flashbacks of Joe’s finer moments. Joe talking to his “friend” while on the phone in the vineyard. He mentions his bit** wife, and he says she’s such a c*** when she is walking towards him. In another scene, Joe tells her to “shut up” and “I can’t wait to leave FOR PRISON?” Times are tough when you can’t wait for that!

The Mother’s Day brunch at Margaret’s looks lovely and very girly. The queens arrive and they look fun and fabulous. Love this really cool theme! The queens escort the guests into the party, which is really fab and original. All of the ladies wear pink rose crowns that fit with the garden party theme.

Margaret tells Melissa that she didn’t invite Teresa since she basically blew her off at the fashion show. Margaret says she does regret her actions with Danielle. She thinks Teresa should be embarrassed associating with Danielle. Not going to happen.  Dolores tries to warn Margaret that the gauntlet has now been thrown down. She may have started a war with Teresa over psycho Danielle.

Dolores wants everyone to share their childhood stories. Jackie talks about her family being liberal and how she was a straight arrow. She also tells a story about her mom buying a $15,000 engagement ring so Jackie could hopefully get out of an engagement. Dolores asks her mom Valerie about David and living with him. She states the obvious. The house isn’t yours !

Jennifer’s mom Josephine says Jennifer never listened. No surprise there! Jennifer says “she wasn’t conceited just convinced.” Knew it, she was born and bred with arrogance! Marge Sr. thinks she should have been more of a mom instead of a friend. Marge Sr. was a wild child. Margaret was the parent and lacked supervision.  She says her mom was partying so hard she almost fell over a balcony. Not good.

Once the performance starts, Melissa gets her face crushed into one of the queens’ crotches. Josephine looks appalled as they give Melissa a lap dance while “On Display” is playing. Jennifer says, “When there is a lot of arm crossing and squinting it is not a good thing!” She thinks her mom is confused as to what gender they are supposed to be and where their package is?

The ladies all get into the dancing celebrations, minus Josephine, who is wondering, “Why did my daughter join this show?” These housewives love to twerk and shake those booties…

Dolores delivers David lunch at the hospital since that is the only way she can see him. She should get a tip since she is more like his Uber Eats delivery driver! They clearly have zero chemistry, and the patients get better treatment than her. He talks about how “sniper school” was unbelievable . She thinks he takes her for granted. Duh, Dolores. David is stonewalling on the relationship question. He is just not that into you.

Jennifer and her mom are discussing the brunch. Josephine couldn’t believe they were men. Jennifer discusses her gay brother with her mom. Josephine insists she is not ashamed and sees him as sick, not gay? That’s sad and messed up. She wants him to stay in the closet. Jennifer encourages her to accept him and just be proud of him. Sage advice.

Jennifer and Bill check out Jackie’s beach house online. It rents for $50,000 per month. Can’t wait to see her Hamptons crib! Jennifer speculates how much money Jackie has. She can’t stand someone having more than her and seems a little jelly!

While talking to Dolores, Teresa shares how her kids basically don’t appreciate her. Dolores thinks in time they will. Just like David will propose to you! Lol! On a side note, Teresa’s bedroom is ridiculously large. It has so much wasted space and it is really tacky and gaudy.