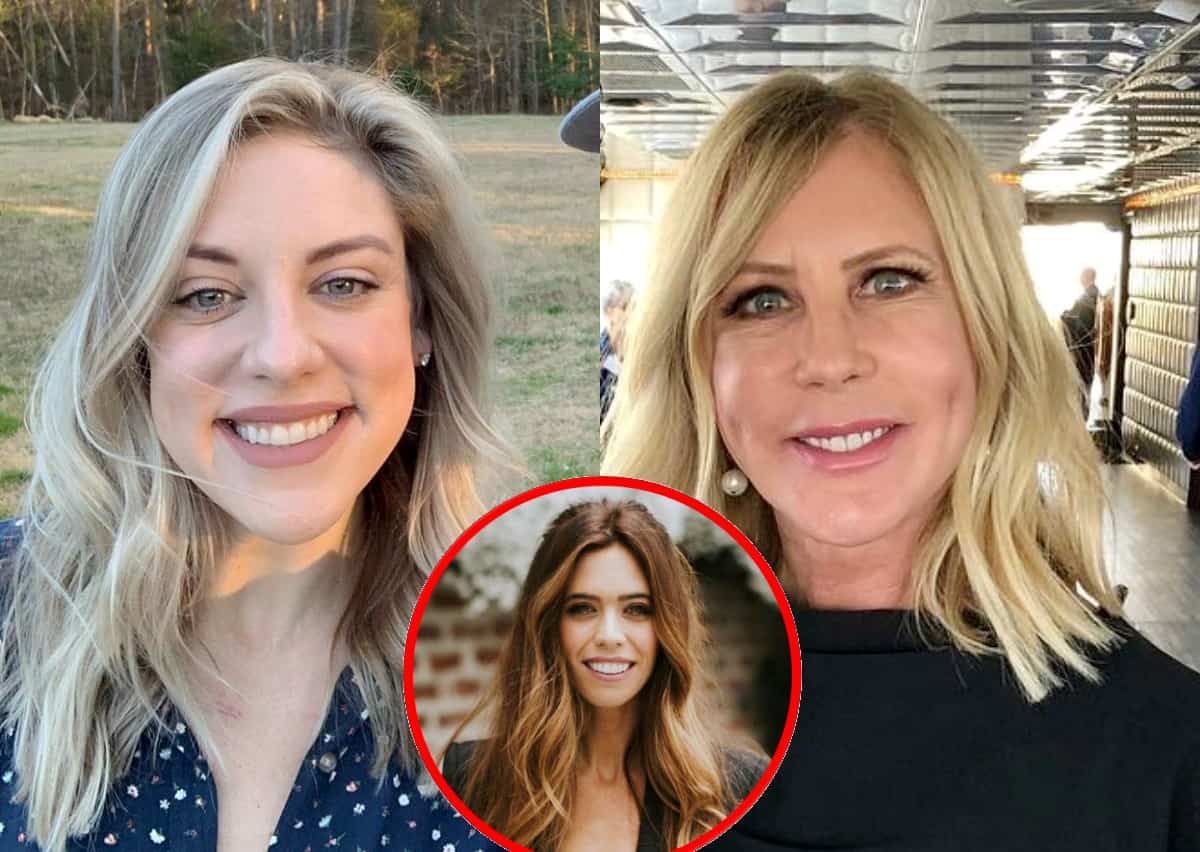 Vicki Gunvalson‘s daughter, Briana Culberson, is weighing in on Vicki’s recent exit from The Real Housewives of Orange County.

Days after Vicki made her departure official, Briana shared her thoughts on Instagram as former cast member Lydia McLaughlin shared a series of photos of her and Vicki together and said it was the “end of an era.”

Fans took to Ryan Culberson’s Instagram page to inquire about how his wife Briana felt about her mom Vicki’s exit. “Wishing Briana would make a statement regarding the show!! But so glad we got one final scene with her and Tamra discussing Vick,” wrote the RHOC viewer.

“I’m not really a ‘statement’ kind of girl, but I will say that it’s very sad and the end of a wonderful journey for my mom,” Briana responded. “We’ve had a lot of fun as a family on the show and I’m very proud of her and love her. Her absence will be significant and she will be very missed on the show.” 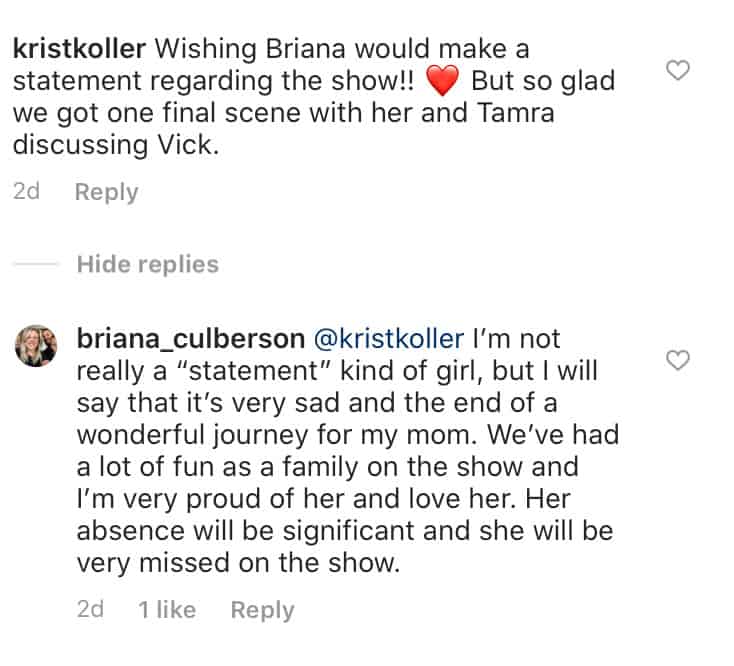 Vicki confirmed her exit from RHOC on Friday after negotiations for season 15 failed to play out in the way she had hoped. One day later, Lydia took to her Instagram page to honor her longstanding position.

“It’s the end of an era,” Lydia wrote with her slideshow. “To the OG of the OC- I adore you [Vicki]. My experience on #RHOC would not have been the same without you. I have laughed so hard with you- and am always rooting for you.”

“Excited to see all you do in your next adventure,” she added, along with a hashtag that said “whoop it up.”

“Thank you Lydia,” she replied. “The feeling is mutual. Huge respect for you and your family. It’s time to do things that make me happy, are inspirational and fun.”

As fans of RHOC may have heard, Vicki said at the end of last year that if she was not offered a full-time position on season 15 after being demoted to a “friend” role last year, she would not be coming back.