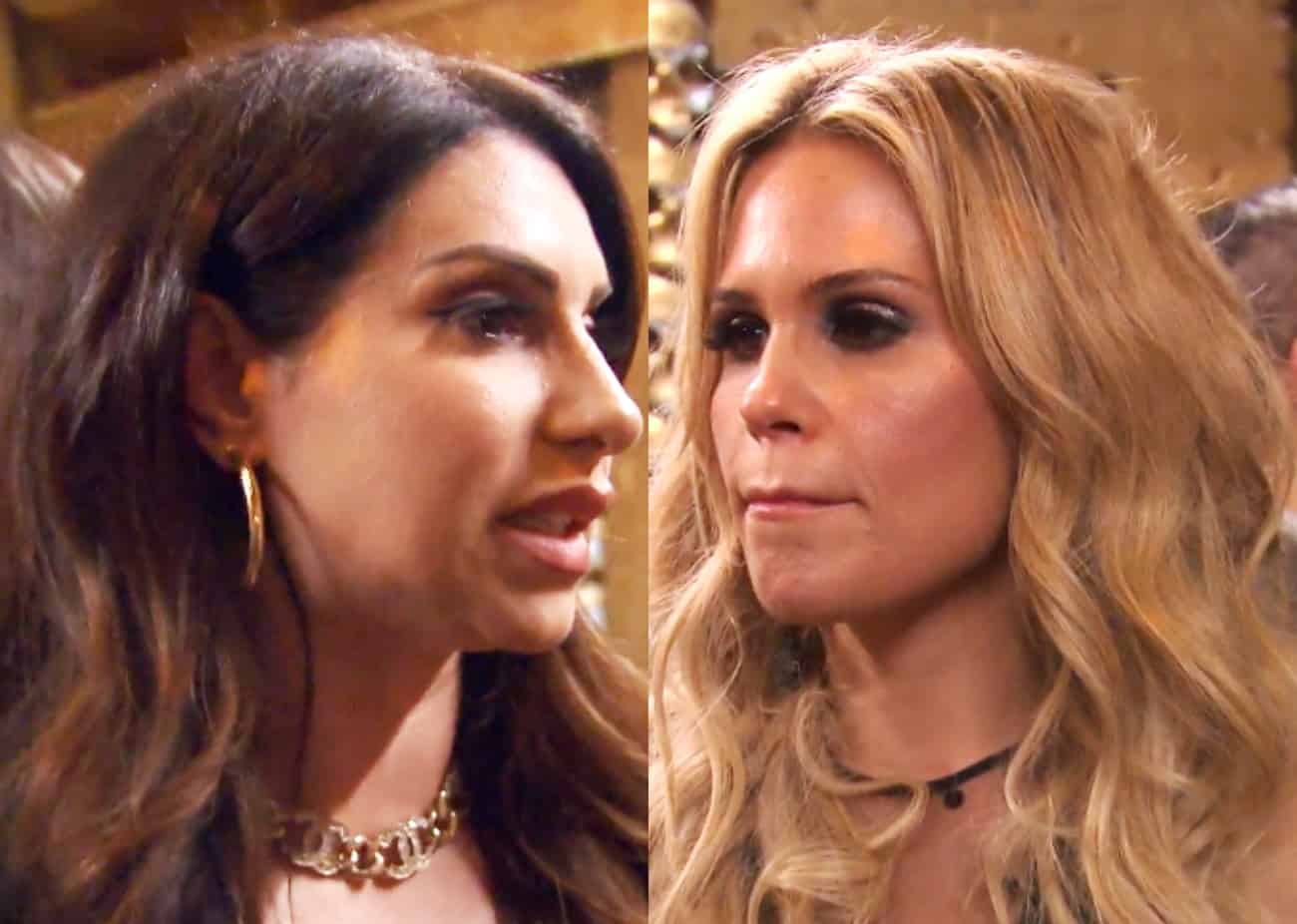 On this week’s episode of The Real Housewives of New Jersey, we see if the ICE visit with Joe Guidice happens. Teresa, somehow, gets permission to bring photocopies (come on now!) of their IDs, so crisis adverted.

Gia thinks her dad doesn’t look healthy. She is bummed they weren’t allowed physical contact, and she still doesn’t want him to give up. Joe Giudice calls to talk to his girls after their visit. He sincerely sounds happy to have seen his kids and really misses them .

Dolores’ daughter Gabrielle is home from vet school in St. Kitts. How cool is it learning in that environment? Gabrielle asks about her mom’s relationship with David. She says her butthole just clenched hearing how one-sided her mom’s relationship is. Gabrielle confronts her mom about being a doormat. She tells her mom her lack of expectations from David isn’t sending the right message. Thank you, Gabrielle, finally some good advice. Smart girl, no wonder she is in vet school.

Jennifer and Bill are having a date night. She tells Bill that Margaret is having a party to celebrate her business’s 20th anniversary. Jennifer tells Bill she has to face all of the women and she is fearful of their reaction. You would think this self-involved poser would learn to behave in public by now? Bill tells her to apologize for her “plate behavior” and make nice.

Melissa and her mom and sisters meet up for dinner. She mentions the challenges she has with Antonia wanting to dress like a stripper? Where could she have learned that from #strippergate? Melissa shares she wants another child and her sisters look at her like she has lost her mind. Maybe she should face the fact that she is going through a midlife crisis . Just because your current kids don’t pay attention to you doesn’t mean you make more!

Joe Gorga comes over to Teresa’s house to fix her sink and visit the family. Joe asks Gia about her going to the prom with Frankie. Papa Giacinto thinks he is too thick? Huh, too thick in the physical sense like jacked up? If not, is he suggesting he is a blockhead?

Teresa tells her brother that Joe said I don’t feel anything for you. He is just not that into her anymore and probably never was. Joe gives her a tough love talk and basically tells Teresa her relationship has always been kind of messed up. You are just telling her this now???

Jackie is visiting her dad who is wearing some bizarre red and black ensemble with a matching pimp hat. She has hired professional organizers . There is a hoarding theme with these parents in Jersey. They need to head to Marge Sr.’s house next.

Jackie is concerned her dad is surviving on mashed potatoes and iced tea. No wonder Jackie has an eating disorder watching her dad have an unhealthy relationship with food. It is really hard to watch the scene where she describes how low she was and was licking ice cubes. He still comes across as really insensitive. This is just plain sad because he is so dismissive of her feelings.

The ladies are getting glammed up for Margaret’s party. Margaret is fearful they will act up and ruin her party. Why would she ever think that? LOL, I would definitely develop a nervous tick before socializing with this group!

It seems like everyone’s boobs came out to play for this party!  I swear Margaret is on the verge of a nip slip, but hopefully, the boob tape holds them in place. Margaret has models wearing her signature pigtails. There is a lot of food on display, obviously to incorporate the lack of food at Jackie’s parties storyline.

Jackie asks Dolores if David is coming and she literally doubts his existence. Bingo! Jackie, you have solved the mystery of the imaginary boyfriend. Dolores invites the ladies to go to the Jersey Shore. Now I think that is the PERFECT location for this group. They can’t embarrass themselves any more than Snookie and JWoww did, right???

Teresa shades Jackie to Jennifer, saying Margaret knows how to throw a party. She is trying to fuel this fire with her ignorant comment. Jennifer regrets what she said to Jackie about her party planning. Teresa  suggests Jennifer address this with Jackie. She loves an opportunity to instigate a fight with Jackie since she also is now extremely jelly over her wealth.

Jackie tells Evan she actually likes Bill better than Jennifer. Me too! When Jennifer approaches Jackie, the awkward meter goes off. Jackie basically tells Jennifer she ruined the trip with her obnoxious behavior. Jennifer, who is the “Queen of Diversion,” wants to shift the blame to Margaret? Margaret did what a true friend would do. She let you know if someone else was talking smack. Production shows a clip showing how meaningless her apologies are. #sorrynotsorry

Margaret and Jennifer discuss her non-apology and she claims Jackie now has a stick up her a** and doesn’t suck d***.  Now, what exactly does that have to do with anything #makesnosense?  The husbands are all going to the shore and Margaret thinks the testosterone will calm the estrogen down. Hmm, so not happening. Have they never seen the Jersey Shore before? It is not a healing combination. Margaret predicts the shore is going to be a total sh**show! No doubt, on steroids literally! Can’t wait to watch that trainwreck!

Joe Gorga confronts Bill about Jennifer’s aggression and violent behavior towards Melissa. He tells him her sexual frustration is the reason she is an a**hole. Joe Gorga also gives Dr. Bill some advice on how often to bang his wife? Joe suggests he needs to bang the arrogant out of her? Maybe he should be suggesting a ball-gag instead?

That advice does not sit well with Dr. Bill, whose eyes roll back into his head. He is probably thinking that is why I work so much to avoid having to bang her! Bill can’t exit this conversation fast enough. He tells Jennifer what was said and he is pissed that his manhood is being questioned.

Next week we got to Gia and Frankie’s Prom! The whole gang goes to the Jersey Shore, what could possibly go wrong there? Be sure to hang on to your weaves and take a Xanax!