Home Real Housewives of New Jersey News RHONJ’s Jennifer Aydin Reveals Real Reason She Was Upset by Party Jackie Goldschneider Threw for Her Kid, Plus Jackie Shares How She Really Felt About Jennifer’s Comments on Her Wealth

RHONJ’s Jennifer Aydin Reveals Real Reason She Was Upset by Party Jackie Goldschneider Threw for Her Kid, Plus Jackie Shares How She Really Felt About Jennifer’s Comments on Her Wealth 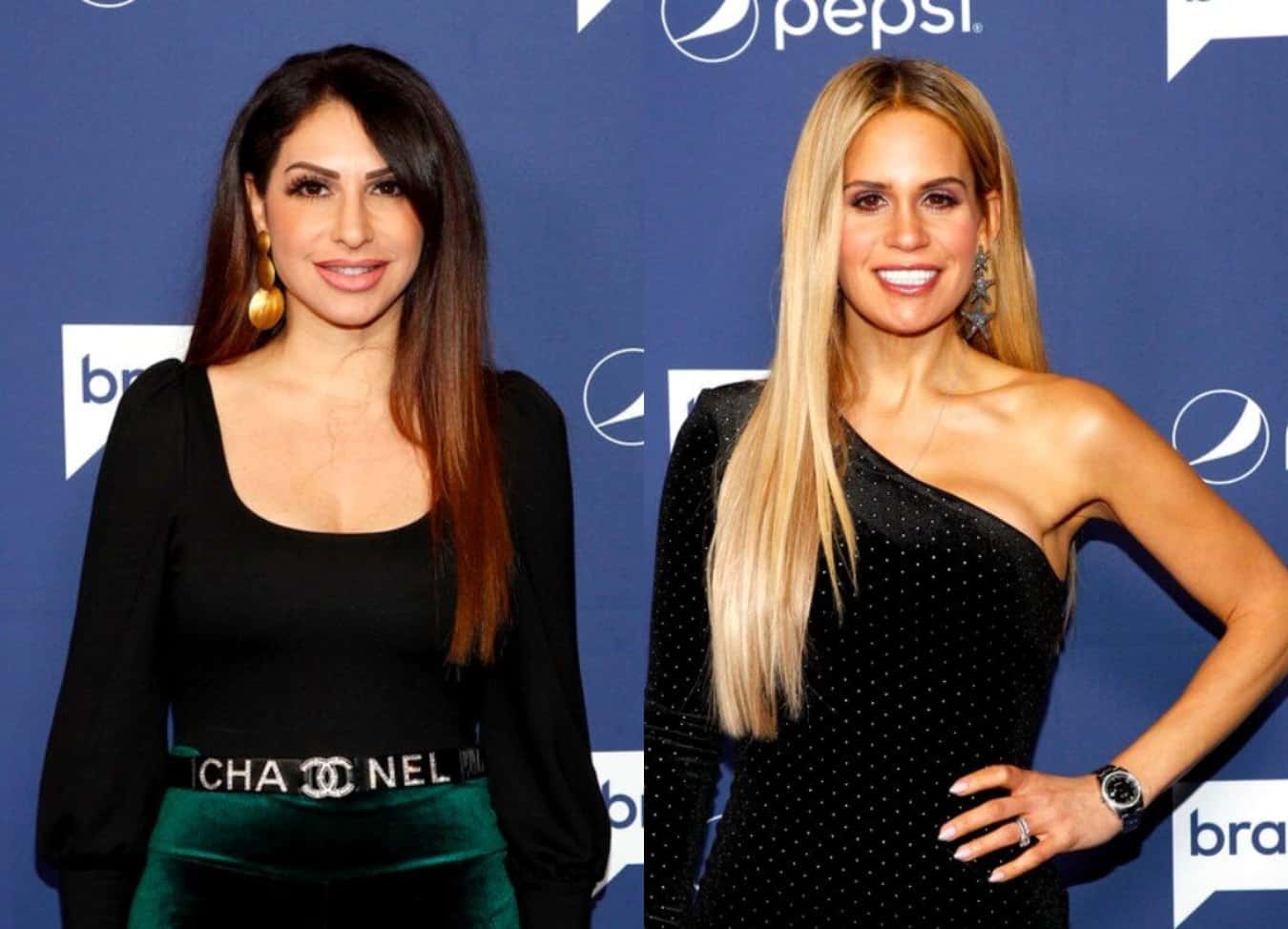 Real Housewives of New Jersey star Jackie Goldschneider is dishing on what was going through her mind while Jennifer Aydin interrogated her about her wealth. And then, find out the real reason Jennifer was so upset about the “cheap” party Jackie threw for her kid and if she feels bad about asking Jackie such personal questions.

As Bravo fans know, Jennifer has never been one to hold back when it comes to speaking her mind — and let’s face it, it makes for a great housewife. However, sometimes her prying questions get her into trouble, as we saw in Wednesday’s episode when she asked Jackie how much money she made. And for Jackie, this simply wasn’t appropriate.

“I think that she was just so shocked because she thought she was like, this rich b–ch and I was like, the poor friend,” Jackie said on Bravo’s Daily Dish after her costars, Melissa Gorga and Margaret Josephs, called the behavior “tacky.”

Jackie continued, “I mean, part of me was thinking like, ‘That is really rude, do you realize what you’re doing?’ And the other part of me was like, ‘Tee-hee-hee, like, don’t you want to know!'”

Jennifer, who never shies away from flaunting her wealth with over-the-top parties and Chanel everything, wouldn’t stop questioning Jackie’s spending habits after seeing the somewhat simple birthday party she threw for one of her kids. And as fans saw in the most recent episode, she even went so far as to call Jackie “stingy” and questioned why she didn’t spend more of the “family money” she was sitting on. But according to Jennifer, she doesn’t regret asking her friend such personal questions.

“I’ve seen a lot of different birthday parties given through all different social classes, okay,” explained Jennifer of her behavior on a separate episode of Bravo’s Daily Dish. “And I’ve seen people who don’t have a pot to piss in, throw the nicest, cutest party for their child — not cause they’re shoving their lack of money down my throat — but because it’s their joy to give a nice party to their guests.”

As for why Jennifer was very upset that the party for Jackie’s kid mainly had pizza, the Bravo star reveals it actually had to do with her diet.

“You know what the problem was? I was on a no carb diet and all they had was pizza and I was f–king hungry. I was so pissed. And then she had some crudités and some sandwiches, but still nothing that I could eat,” shared Jennifer.

“She should have had some adult food,” added Teresa Giudice on the After Show.

But Jennifer’s comments about how to correctly throw a birthday party clearly hit a nerve with Jackie, who took it as an attack on her parenting, as she said on the show. But even though some of the housewives cringed as Jennifer continued to poke and prod Jackie about her spending habits, she never seemed to think it was out of line and considered it par for the course.

“Hello, this is housewives, not f***in’ hobos,” Jennifer added.