RHONJ Recap: Jackie Cries Over Her Eating Disorder as Jennifer Leaves the Hamptons After Fight 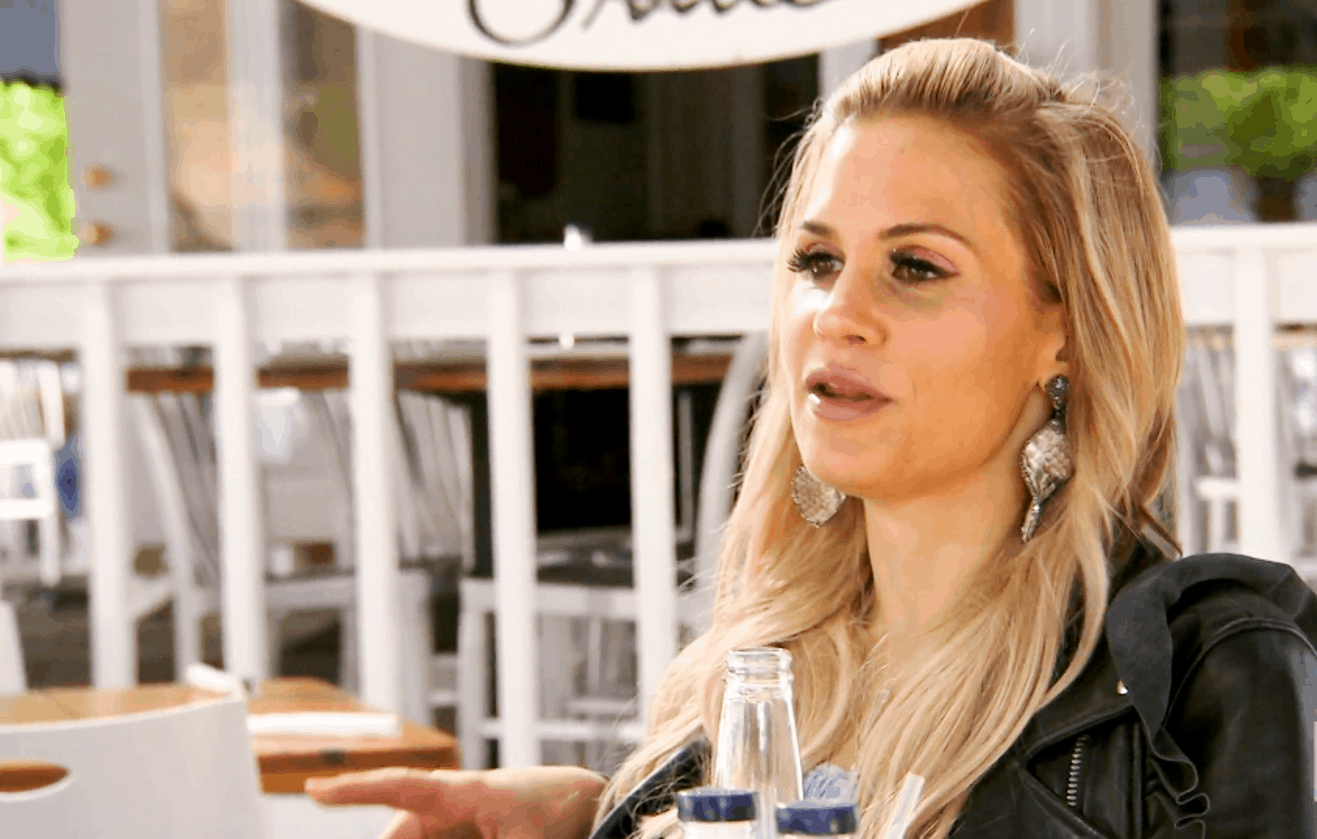 On this week’s episode of The Real Housewives of New Jersey, we are dealing with the aftermath of the flying utensils and plates at the lunch in the Hamptons. Melissa and Jennifer have to be sent to their corners to cool off.

Melissa, Margaret, and Jackie stay behind at the restaurant to view the carnage. It looks like a bunch of toddlers ate there. They make Jackie eat Teresa’s salad which brings up the eating disorder. Jackie is offended that they are not sympathetic to the fact that she has come really far. She shares a story about her honeymoon. She brought a lot of canned tuna in case there was nothing she could eat at the all-inclusive resort. That illustrates how deeply affected she was by her eating disorder.

Teresa, Dolores, and Jennifer head back to the house without eating or even a to-go box!  Jennifer wants to leave the Hamptons and they are willing to leave in solidarity. She is clueless and left the restaurant with the right people since they rationalize her bad behavior.

Dolores calls Frank and she shares that she is coming home early. Frank claims Frankie Jr. has turned their house into a brothel . When the other ladies arrive at Jackie’s house and join the fray, there is underlying tension.

Jennifer calls Bill to catch him up on her side of the story . What is funny is that all Teresa got out of this mess was the comment that she was ignorant! Please ask her to define ignorant! Jennifer, again, uses the stupid article about her overabundance of wealth as a defense for her obnoxious actions. Jennifer sticks to her guns and refuses to acknowledge she has acted like a jacka**.  Jackie doesn’t want a friend who is so high maintenance. Preach.

Melissa wants Jennifer to walk home after causing a total disruption to their trip Can you just imagine how comical it would be to see her on the side of the road waiting for a ride? She would call Bill and say, “Bill, make sure it is a luxury vehicle picking me up because my a** can’t sit on vinyl seats! I will also need a Chanel blanket to comfort me on the way home!”

Jennifer then throws Melissa under the bus by sharing that she said that Teresa was embarrassing. Sorry, not sorry #truthhurts. Melissa tries to get Jennifer to stay out of their family business. So not happening. There is a lot of, “Shut the f*** up!”

Jennifer and Dolores leave and all I can say is good riddance! Take that negative energy out of that beautiful house! Dolores needs to go home since she has to evict the hookers from her house. Jennifer needs to tend to her severe case of jelly-ness!

Joe Gorga, Joe Benigno, and Frank meet up at a bar. The two Joes try to hook Frank up with the waitress. They think he is impotent from working out .  Frank claims he lost all of his money to boats and whores. He must not have had a good return on his investments. Wink, wink! The guys give Frank sh** over drinking an apple martini. Don’t hate on them, they are really good!

Jackie, Margaret, Teresa, and Melissa have, hopefully, a civilized dinner. Jackie offers to introduce Teresa to some nice men when she is single again.  She should take her up on it. Teresa shows a picture of Tony, her ex-boyfriend who is installing her pool.  Pools are a great place to meet new people, right, Joe? Joe recently made some new “friends” innocently hanging by the pool in Mexico.

Teresa shares that she basically stays by Joe’s side out of obligation to her kids. She also is going to remain friends with Danielle but Margaret wants no part of it. The reunion is going to be interesting when they can’t remain in the same room together. I think from now on they should refer to Danielle as “the one we don’t speak of.”

Melissa and Joe go to the gym together for her to maintain her butt? Hmm, okay. I am sorry, I just don’t get going to the gym with perfect hair and makeup. Don’t they ever sweat?  They discuss the Hamptons disaster of a trip .  Melissa tells Joe about Joe G. calling Teresa and basically telling her she is nothing without him. Joe thinks she needs a good pep talk ?”

Margaret is having a heart to heart with Marge Sr. over her inability to be a parent. She is just played out after taking care of her mom’s needs all of her life. I can see where Margaret gets her style bizarre from. Did you see that the earrings matched the tassels on her pants? #tacky Marge Sr. just needs to put her big girl pants on and be a mom for once!

Marge Sr. seems unaware that Margaret felt neglected and gets emotional when confronted with this. She claims she will do better That is extremely unlikely…

Teresa and Joe Gorga have dinner and they discuss her future with Joe G. Joe tries to reassure his sister that she has value. Joe thinks Joe G. is playing mind games with her. It is clear Joe G. is winning this game for obvious reasons! Teresa shares they are going to see Joe at ICE even though he has been a total d*** to her.

Jackie, her kids, and her brother Eric go bowling. She shares he is learning disabled. She seems very compassionate and grew up being his protector. Jackie had to take care of herself since her parents needed to pay extra attention to her brother. It explains a lot about her family dynamic growing up.

Teresa, Gia, and Milania are heading to see Joe at the ICE facility. Teresa asks the girls what they want to talk to their dad about and Gia mentions prom. She then calls Dolores and realizes she doesn’t have her wallet after they have driven for 90 minutes. So I’ll just come right out and say it — anyone else suspect this might have been intentional and payback to Joe? Anyone else detect a little bad acting? Whew! Glad to get that off my chest. Hopefully, I’m wrong and Teresa would never do such a thing!

You would think this would be routine after being in prison herself? She has been visiting Joe like a dutiful wife and mom, right?  I can’t blame her kids for being upset if they miss out on seeing their dad because of her ineptitude. There is a ‘to be continued’ to see if they can visit Joe or not. Gia and Milania will have another reason to be disappointed by their situation…